REAL GDP FALLS AN ANNUALIZED 38.7 PER CENT IN SECOND QUARTER

Real GDP in Canada plunged 11.5 per cent in the second quarter, the sharpest quarterly decline on records going back to 1961. Expressed at an annualized rate, the Canadian economy shrank 38.7 per cent. 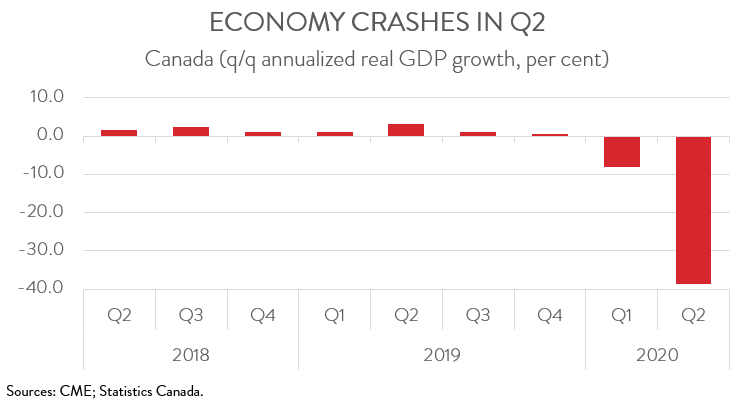 The historic decline reflected widespread shutdowns of non-essential businesses, stay-at-home orders, and border closures. Fortunately, the weakness was front-loaded, with real GDP posting sharp declines in March and April. But with the economy expanding at a solid pace since May, it is on track to post a strong rebound in the third quarter. However, a full recovery is still likely a long way off, as several sectors will continue to struggle until a vaccine or effective treatment for COVID-19 is available.

All major GDP components except imports (which are subtracted from GDP) contributed to the second quarter decline. Household spending fell a record pace of 13.1 per cent, owing to a sharp drop in consumer confidence and limited opportunities to spend because of mandatory business closures and travel restrictions.

Business investment plunged 16.2 per cent, due to the temporary shutdown of some projects, plant closures, low oil prices, and heightened uncertainty. At the same time, export and import volumes dropped 18.4 per cent and 22.6 per cent, respectively, as Canada’s major trading partners also shut down parts of their economies to slow the spread of the coronavirus. Finally, there was a large draw down in non-farm business inventories during the quarter, as businesses had to contend with supply chain disruptions. 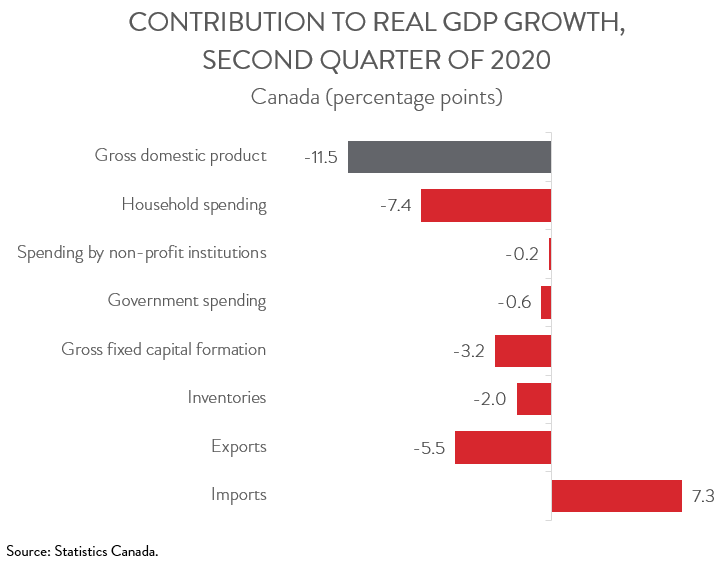 Turning to the monthly data, real GDP climbed 6.5 per cent in June, extending the 4.8 per cent gain seen in May. The jump in June was the largest monthly increase on record, but it still left economic activity 8.7 per cent below February’s pre-pandemic level. Statistics Canada’s advance estimate indicates that real GDP increased by a further 3.0 per cent in July. 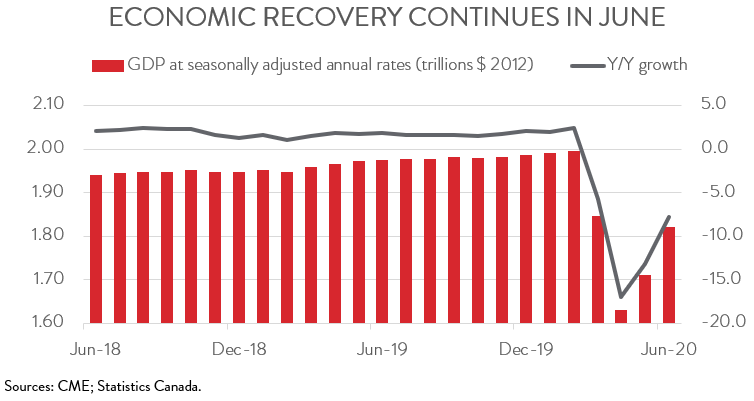 Both components of wholesale and retail trade saw big gains in June. Retail trade output jumped 22.3 per cent, surpassing its pre-pandemic level of activity, while wholesale trade output climbed a record 15.8 per cent. The gain in retail trade was led by motor vehicle and parts dealers, while motor vehicle and motor vehicle parts and accessories wholesaling contributed the most to growth on the wholesale side.
Construction output expanded 9.4 per cent in June, building on a 17.3 per gain in May. According to Statistics Canada, the increase was attributable to the continued easing of emergency restrictions, which allowed construction sites to return to near-normal levels of activity. 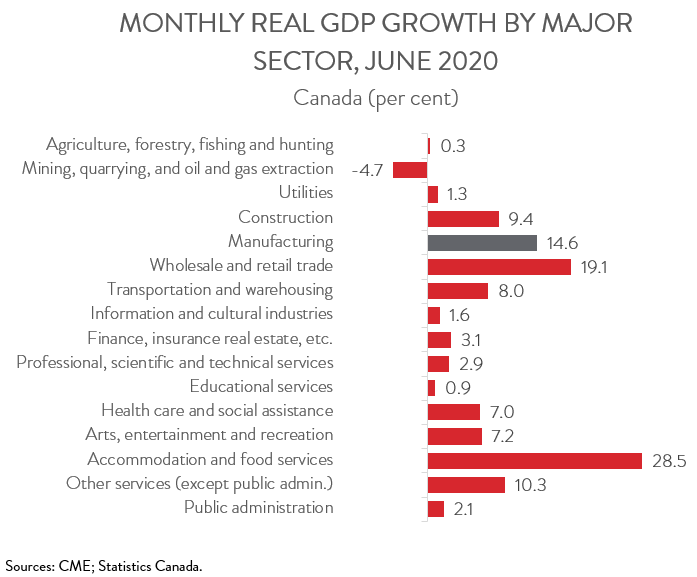 Manufacturing’s 14.6 per cent output increase in June followed an 8.1 per cent expansion in May. But despite these vigorous back-to-back gains, manufacturing output still plummeted at a mind-numbing annualized rate of 56.8 per cent in the second quarter. Also, output in June was still 11.8 per cent below its February level. 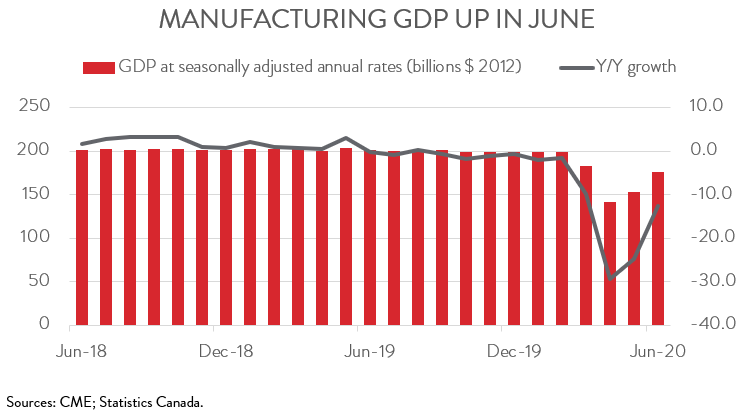 The gains in manufacturing were also widespread, with output increasing in 10 of 11 major subsectors. The motor vehicle and parts industry led the way with a massive gain of 162.8 per cent. June represented the first full month of production in North America’s automotive industry following COVID-19-related shutdowns that began in mid-March. Two other subsectors also posted double-digit increases: machinery manufacturing (39.4 per cent) and plastics and rubber products (29.7 per cent). Paper products manufacturing was the only subsector to experience a drop in output in June, although the decline was limited to just 0.8 per cent. 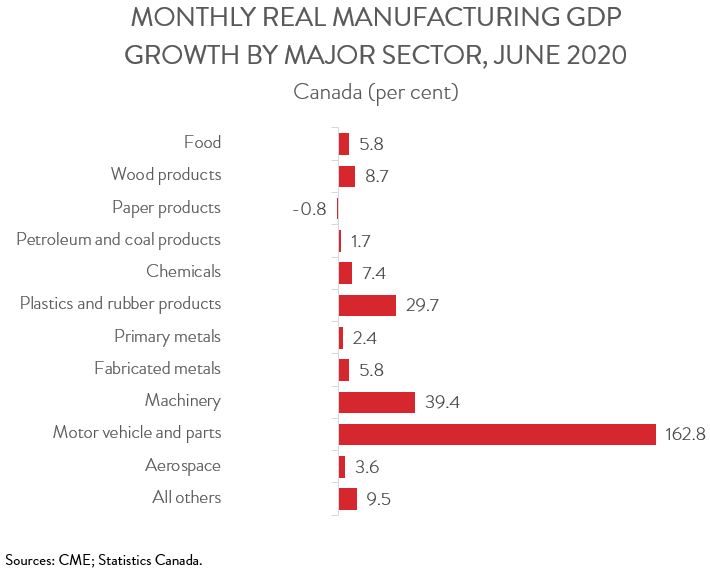