ECONOMY GROWS 3 PER CENT IN JULY 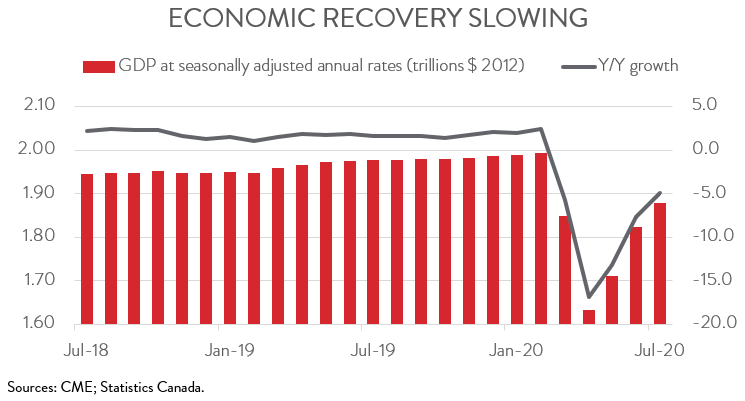 Today’s GDP report is consistent with predictions that Canada’s economy posted a strong rebound in the third quarter. But with the initial boost from the economic reopening fading, the gain in July was slower than June, and initial estimates indicate growth cooled even further in August. These moderating advances, combined with the emerging second wave of infections striking the country, suggest that economic growth in the fourth quarter will be much slower.

The gains in output were broad-based, spanning all 16 major industries. Accommodation and food services saw the biggest increase, at 20.1 per cent. Arts, entertainment and recreation was not too far behind, boasting a 14.0 per cent gain. However, despite these advances, output in arts, entertainment and recreation and in accommodation and food services remained 53.0 per cent and 33.3 per cent below their respective February 2020 levels. 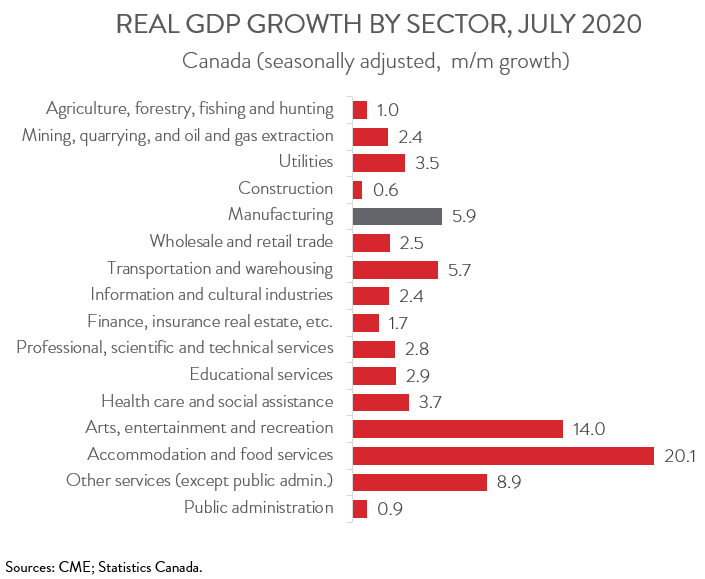 Retail trade’s impressive recovery continued. After surpassing pre-pandemic levels in June, output climbed a further 0.4 per cent in July. At the same time, wholesale trade expanded by 4.6 per cent, with all its subsectors posting growth.

MANUFACTURING OUTPUT UP 5.9 PER CENT IN JULY

Manufacturing output climbed by 5.9 per cent in July, its third straight monthly increase, as factories continued to ramp up production. As of July, the sector had recovered nearly 80 per cent of its March and April losses, leaving output 6.1 per cent below its pre-pandemic level. But as with the broader economy, the manufacturing recovery likely entered a more moderate phase starting in August. 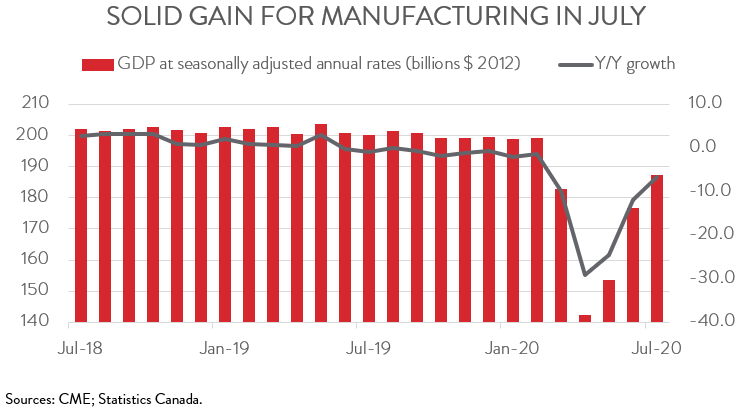 Output was up in 9 of 11 major manufacturing subsectors in July. Once again, the gains were led by the auto industry. Output of motor vehicle and parts increased by 25.7 per cent, leaving it only 2.1 per cent below where it was in February 2020. As noted by Statistics Canada, auto factories continued to scale up production to meet increased consumer demand, following extended shutdowns between mid-March and mid-May. 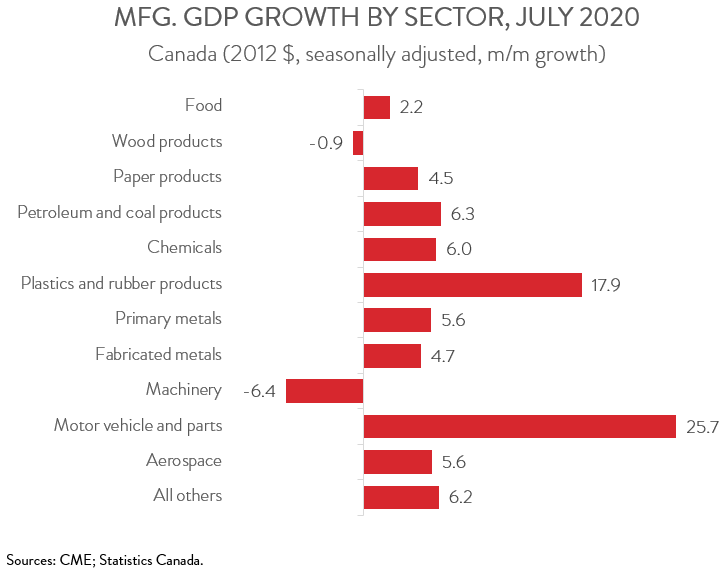