Economy Declines an Annualized 1.1% in Second Quarter, Manufacturing Output Up 1.3% in June 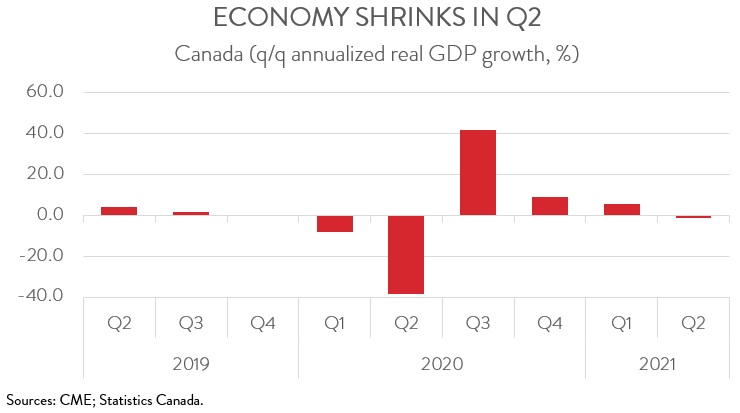 Canada’s economy hit a rough patch in the second quarter, weighed down by third-wave restrictions, a cooling housing market, and ongoing supply chain disruptions. Although vaccines will help blunt the impact of the fourth wave, which is being driven by the more transmissible Delta variant, the COVID-19 pandemic clearly remains an obstacle to the recovery of the Canadian economy. Unfortunately, today’s report will prompt economists to lower their growth estimates for the third quarter and for the full year.

The second quarter decline was driven by a substantial drop in residential investment (-12.4%) and exports (-15.0%). Residential investment was weighed down by significantly lower home resale activity, which more than offset decent gains in new building and renovation activity. Exports were pummeled by supply chain disruptions, headlined by the global semiconductor shortage that has forced automakers to cut production.

Real household spending was up only 0.2% annualized in the second quarter, with a drop in spending on goods (-7.0%) largely offsetting an increase in outlays for services (+7.3%). As expected, consumers are starting to shift more of their spending to services and away from goods as the economy reopens. 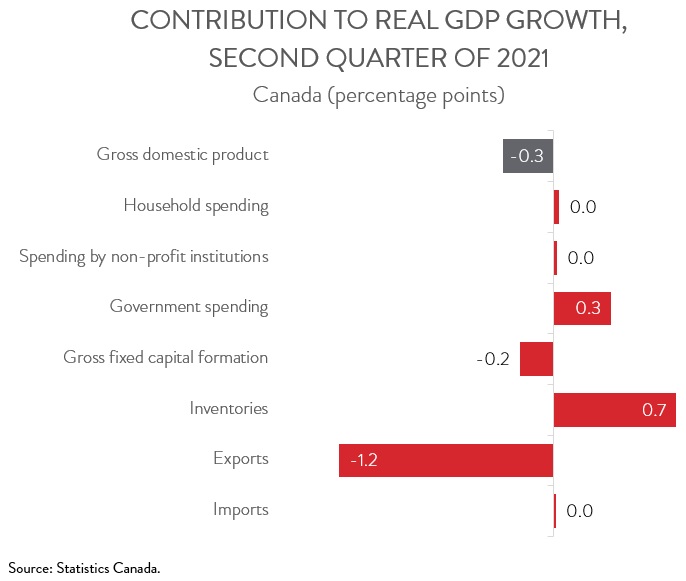 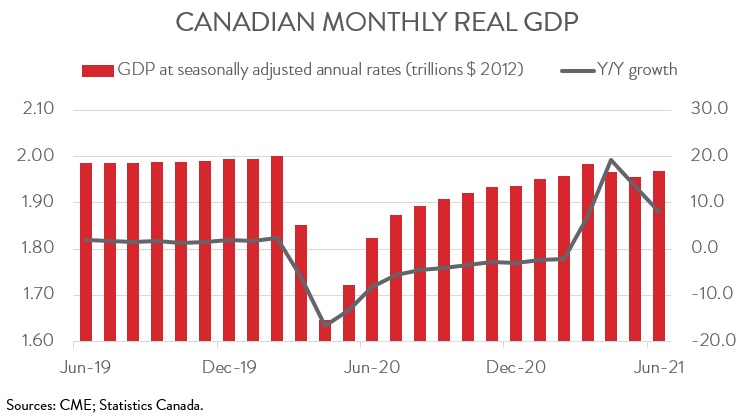 The GDP gains in June were broad-based, spanning 14 of 17 major industries. The gains were led by accommodation and food services (+15.0%) and retail trade (+4.0%), both of which benefitted from the loosening of public health restrictions. Mining, quarrying, and oil and gas extraction grew 1.7%, more than offsetting declines in the previous two months. Utilities surged 3.6%, as a record-setting heatwave in Western Canada and high temperatures in other parts of the country drove energy demand to power air conditioners.

On the negative side, the slowing housing market left its mark in June: output in construction and in the offices of real estate agents and brokers fell 0.9% and 7.5%, respectively. At the same time, wholesale trade was down 1.5%, the fourth decrease in five months. The decline in June was partly attributable to the building material and supplies wholesaling subsector, reflecting lower construction activity. 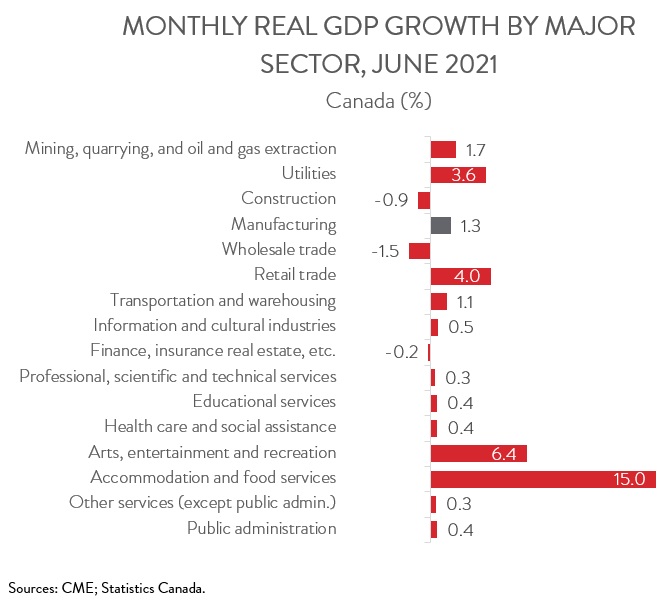 Manufacturing output rose 1.3% in June, its first gain in three months. Unfortunately, this turn around appeared to be short-lived. Statistics Canada pointed to a decline in manufacturing as one of the main reasons why its initial estimate for July shows a contraction of 0.4 per cent for that month.

Despite the increase in June, manufacturing output fell at an annual average pace of 3.9% in the second quarter, snapping a string of three consecutive quarterly increases. To make matters worse, the flash estimate for July suggests that the sector started the third quarter on the wrong foot. 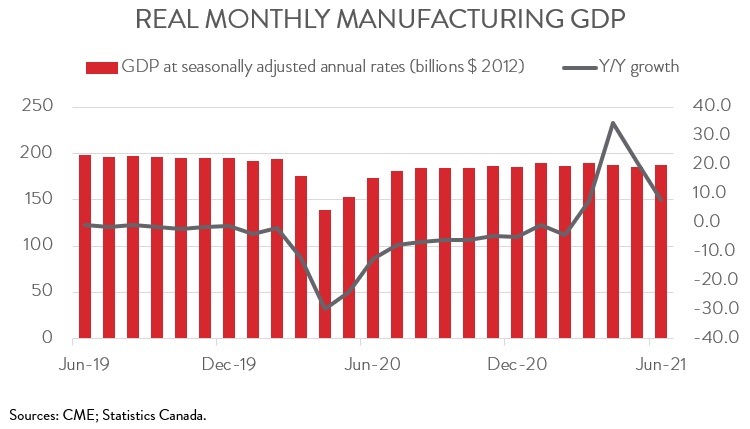 Manufacturing output was up in 9 of 11 major subsectors. Fabricated metals output increased 4.2% in June, rebounding from two consecutive monthly declines. Motor vehicle and parts output was also up 4.2%, only its second increase in nine months. While the industry continues to struggle with the global shortage of semiconductors, the impact of this shortage appeared to have eased slightly in June. Petroleum and coal products expanded 4.3% in June, as output at petroleum refineries grew, coinciding with higher exports of refined petroleum energy products. Partly offsetting these increases were declines in plastics and rubber products (-3.0%) and in woods products (-0.8%). 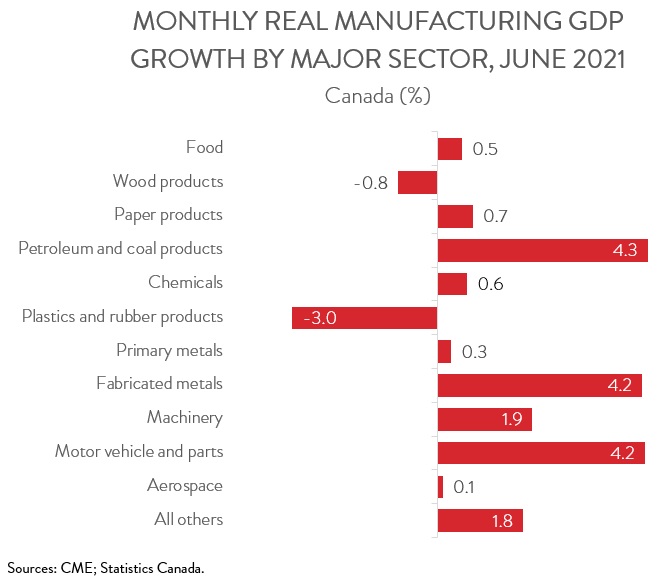