Merchandise exports rose 0.5 per cent to $48.3 billion in February. Even with this gain, however, exports were up only 0.3 per cent over the same month last year. Imports fell by 0.8 per cent to $49.3 billion, equivalent to a year-over year decline of 4.3 per cent. The export story was much more positive after removing the effect of prices, as volumes climbed 2.6 per cent. Import volumes fell by 1.2 per cent. 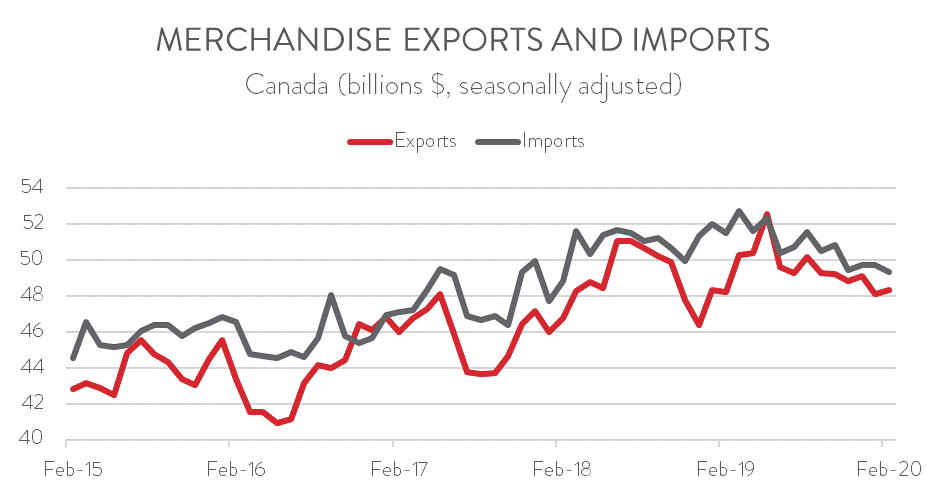 The February trade report is a mere hint of what is to come. Coronavirus-related disruptions were still largely just linked to China, while oil prices didn’t start trending lower until near the end of the month. But since that time, countries around the world have shut down large parts of their economies to stem the spread of COVID-19. In addition, oil prices have fallen sharply due to weak demand, but also because of the Saudi-Russia price war. Accordingly, Canadian trade activity most certainly deteriorated sharply in March, and April will not be any better. 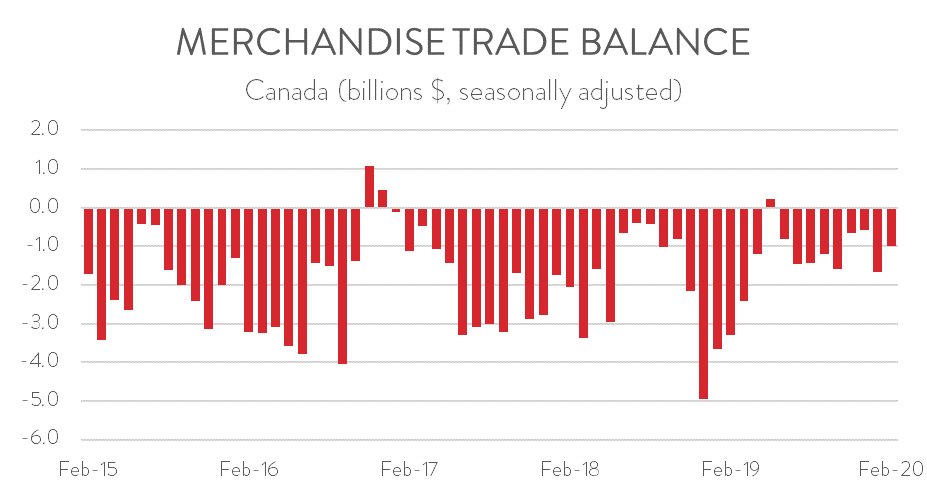 Exports rose in 8 of 11 major categories in February. The gains were led by the volatile aircraft and other transportation equipment and parts sector, which saw exports rise $425 million. Likewise, motor vehicles and parts exports bounced back in February after extended temporary plant shutdowns and the closure of GM’s Oshawa Assembly Plant pushed down exports in January. Other notable gains were recorded in metal ores and non-metallic minerals and in industrial machinery, equipment and parts.

On the negative side, energy exports fell by over $645 million in February, the second consecutive monthly contraction. As noted by Statistics Canada, crude oil exports led the decline, as lower prices more than offset an increase in volumes. Two other categories posted a drop in exports in February: metal and non-metallic mineral products and farm, fishing and intermediate food products. 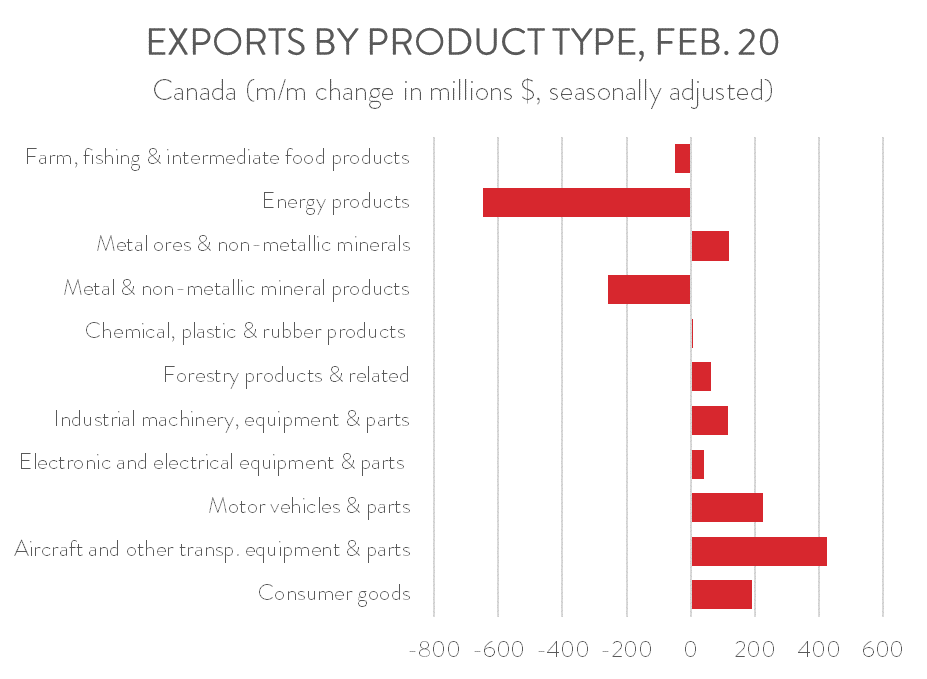 EXPORTS TO THE US SURGE, REBOUNDING FROM A WEAK JANUARY

Exports to the United States surged by over $900 million in February, bouncing back from a weak January and posting its strongest gain in six months. Exports to the European Union (excluding the United Kingdom) and to South Korea also rose. These gains were partly offset by export declines to other major trading partners, including the United Kingdom, China, Mexico, and Japan. Exports to China have declined for two straight months, attributable to that country’s coronavirus outbreak lockdown. Finally, exports to the rest of the world also fell by roughly $355 million.