Canadian Labour Market Continued to Recover in June, But Still a Long Way to Go

The gradual easing of COVID-19 restrictions helped more people return to work in June. Employment rose by 953,000, building on the initial recovery of 290,000 net new jobs in May. This means that the Canadian economy has now recovered 1.24 million or about 40 per cent of the 3 million jobs lost over March and April. In other words, employment in June was 1.76 million or 9.2 per cent lower than in February. 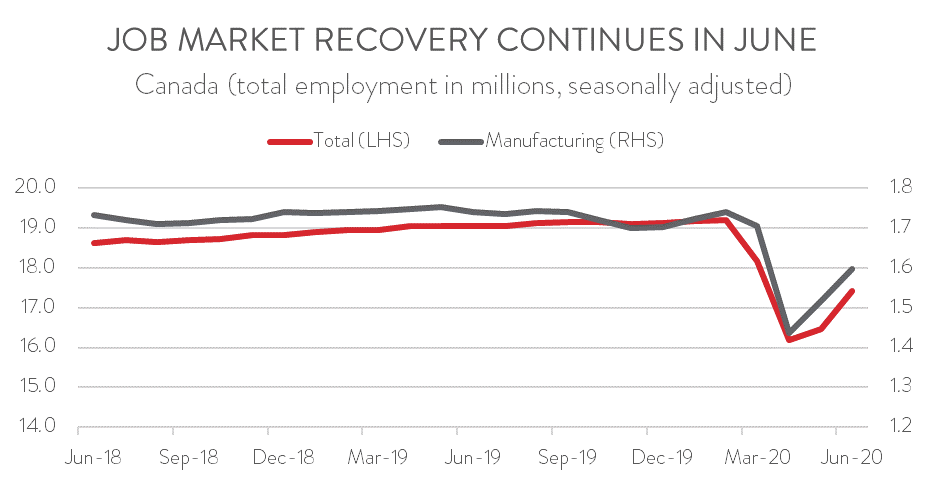 The pace of the recovery in manufacturing has been somewhat sharper. After seeing 79,100 job gains in May, the sector added a further 81,300 jobs in June. Accordingly, manufacturing employment in June was 141,200 or 8.1 per cent lower than in February.

All in all, this was a positive report for the Canadian economy. That said, even though we have managed to claw back some 40 per cent of the COVID-19 related job losses in just two months, recovering the remaining 60 per cent will be a much greater challenge. After this initial bounce back, the economy is likely headed for a slower and bumpier climb.

Hours worked climbed 9.8 per cent in June, extending the 6.3 per cent increase seen in May. With these gains, hours worked in June were 15.6 per cent below their February levels. For the second quarter, hours worked fell at an eye watering annual rate of 54.1 per cent. This indicator tends to correlate with GDP, so the drop is a clear signal of just how much the Canadian economy contracted in the April to June quarter. 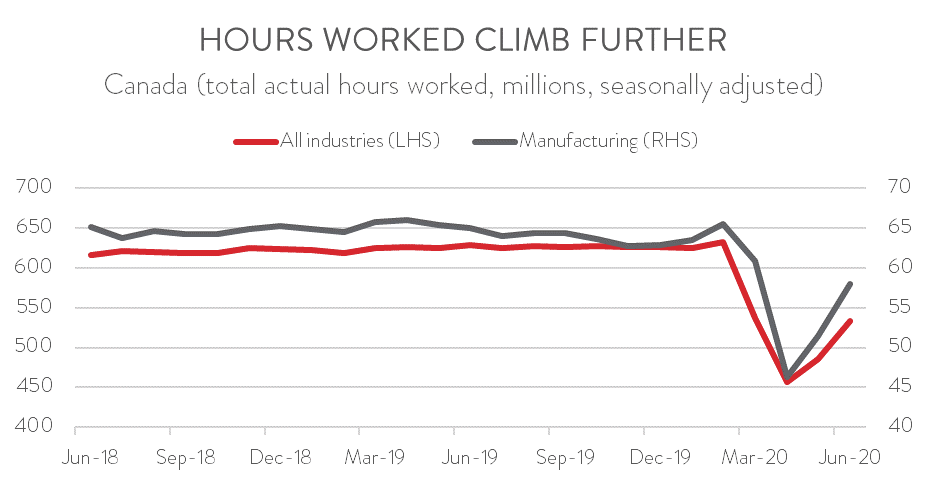 The unemployment rate in the manufacturing industry posted an even steeper fall, decreasing from 12.7 per cent in May to 10.4 per cent in June. However, this is still a far cry from February’s pre-pandemic rate of 4.1 per cent. 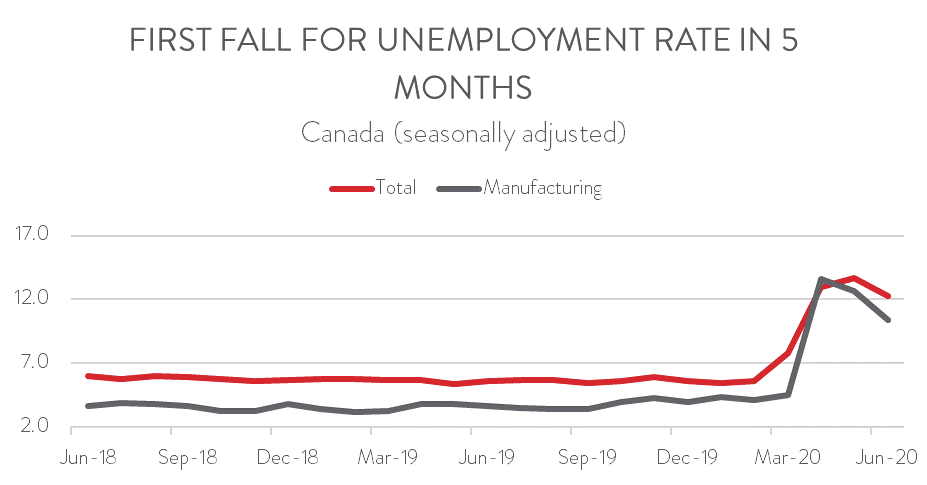 EMPLOYMENT CLIMBS IN ALL PROVINCES

Employment rose in every province last month. Ontario posted the largest gain, adding nearly 378,000 workers to payrolls, its first monthly increase since the pandemic hit. Although the province began easing restrictions in May, it came after the survey reference week. Quebec saw employment climb 247,500 in June, building on the 231,000 jobs added in May. This brought the province’s employment to 92.2 per cent of its February level. The number of people employed in BC rose by 118,100 in June, following an increase of 43,300 in May. Elsewhere, job gains ranged from 1,700 in PEI to 91,600 in Alberta.

On a negative note, Canada’s two westernmost provinces—Alberta and BC—lost manufacturing jobs in June, more than wiping out the gains recorded in May. Manufacturing employment fell 4,200 and 6,800, respectively, in Alberta and BC. 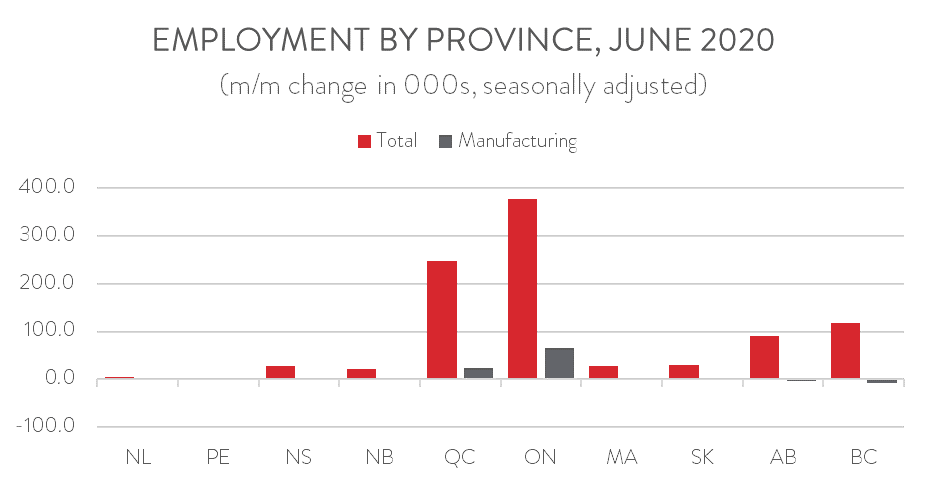