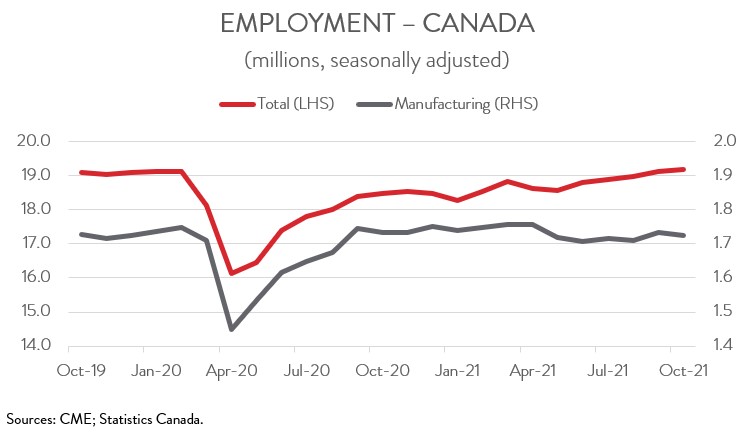 Canada’s job market continued to make gains in October, and further advances are expected over the coming months, assuming provinces continue to ease public health restrictions. While this is bullish for job growth in the services sector, hiring activity in manufacturing may continue to be weighed down by ongoing supply chain disruptions. Firms in many sectors, including in manufacturing, are also struggling to find workers, another factor that could limit the pace of hiring over the near term.

Manufacturing shed 7,700 workers last month, the second decline in three months. This is yet more evidence that the sector’s recovery has struggled to gain traction. In fact, the manufacturing sector has lost 25,900 jobs since the start of this year.

The headline unemployment declined for the fifth straight month, falling from 6.9% in September to 6.7% in October, a 20-month low and within 1.0 percentage points of the rate in February 2020. At the same time, the unemployment rate in manufacturing fell from 4.5% to 3.7%, the biggest one month fall since February 2021. 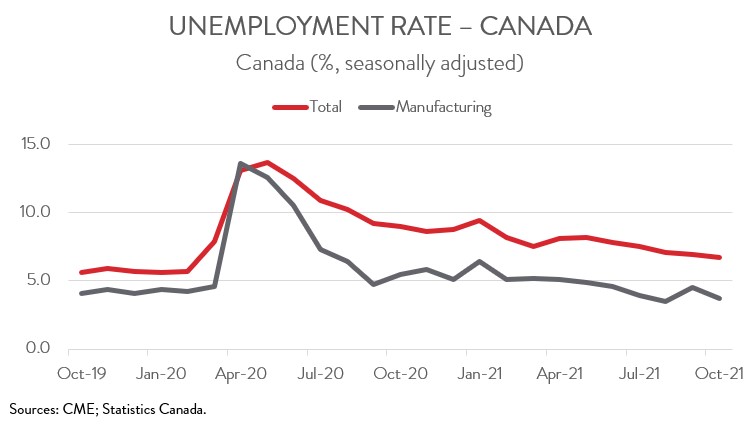 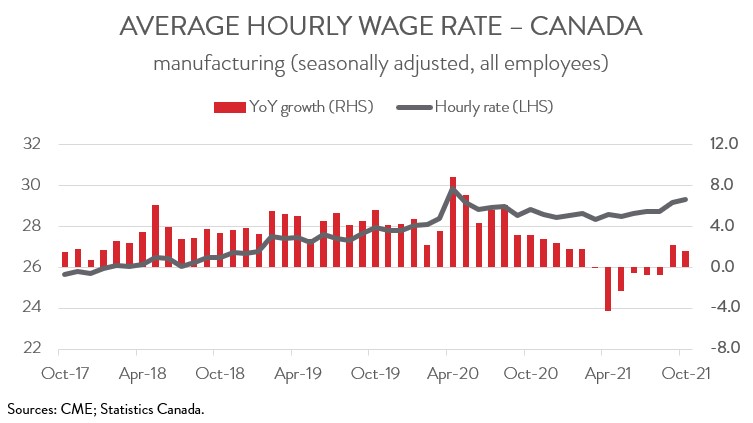 ONTARIO ADDS THE MOST JOBS IN OCTOBER

The job gains spanned 5 of 10 provinces, led by Ontario, BC, and New Brunswick. Employment in Ontario rose for the fifth consecutive month (+37,000), bringing total gains since May 2021 to 353,000. The increases were concentrated in the services-producing industries, particularly in retail trade. BC employers added 10,400 workers to their payrolls in October, with an increase in full-time employment more than offsetting a decline in part-time work. Employment in New Brunswick increased by 3,000 in October, the second consecutive monthly increase. On the negative side, it was a tough month for the prairie provinces, with employment falling in Alberta (-9,000), Saskatchewan (-6,500), and Manitoba (-3,100). 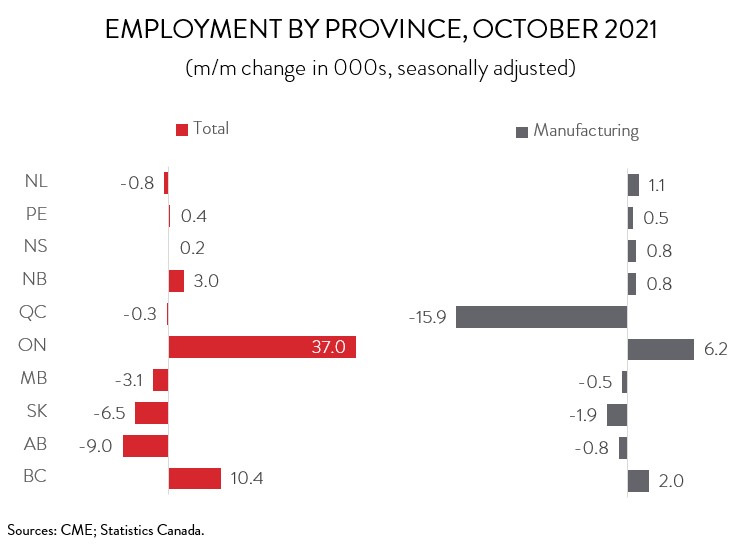