Employment climbed 336,600 (+1.8%) in February, more than offsetting the 200,100 losses in January. With the Omicron wave receding and public health restrictions easing, job gains were strongest in accommodation and food services (+113,800) and in information, culture, and recreation (+72,700). 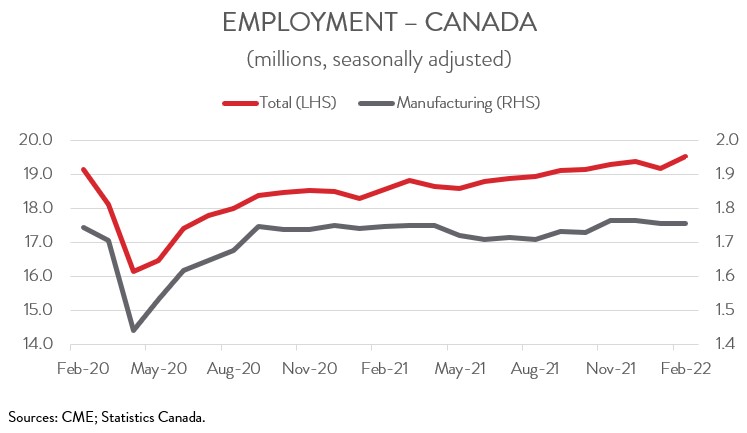 This was a strong labour market report and leaves little doubt that that the Canadian economy is at full employment. In fact, the employment rate—the proportion of the population aged 15 and older who were employed—returned to its pre-COVID level for the first time. Other firsts were also achieved in February: the unemployment rate fell below its February 2020 level, while total hours worked exceeded it. Accordingly, the Bank of Canada, which raised interest rates for the first time in more than three years in early March, has an even stronger case to continue on its path of interest rate hikes, notwithstanding heightened geopolitical risks.

Manufacturing employment was largely unchanged (+1,000) in February, following a loss of 10,400 jobs in January. Still, employment remained 0.6% above its level of February 2020, with 1.76 million people working in the sector last month. 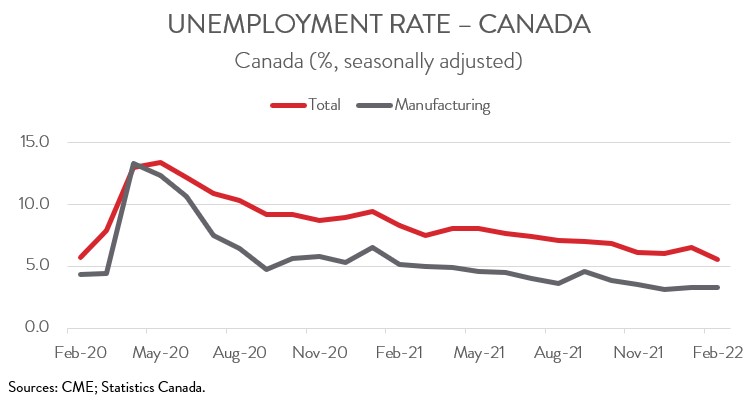 Along with a very low unemployment rate, job vacancies in manufacturing remain at a record high. Given the extremely tight labour market conditions, Canadian manufacturers are facing growing pressure to raise wages to attract and retain workers. In fact, year-over-year wage growth in the manufacturing sector accelerated sharply from 5.1% in January to 7.2% in February, the second highest pace on record. 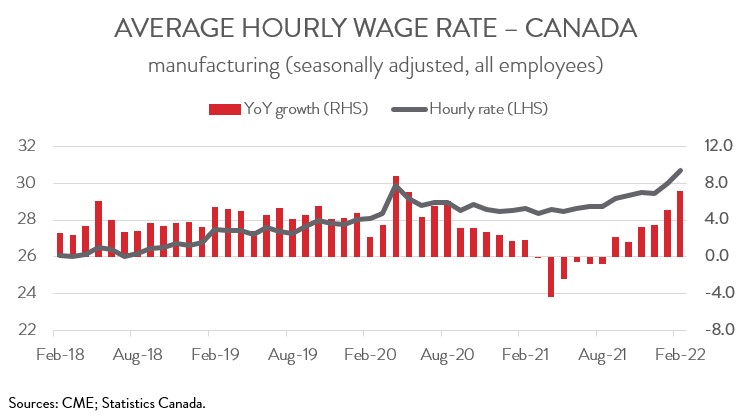 EMPLOYMENT UP IN ALL PROVINCES

In the manufacturing sector, employment was up in five provinces, led by BC (+5,400), Ontario (+2,300), and Manitoba (+1,200). At the other end of the spectrum, Nova Scotia (-3,200), Alberta (-2,800), and Saskatchewan (-1,600) shed the most manufacturing jobs in February. Since the pandemic started, BC has seen the swiftest recovery in manufacturing employment, while Alberta has lagged the furthest behind. 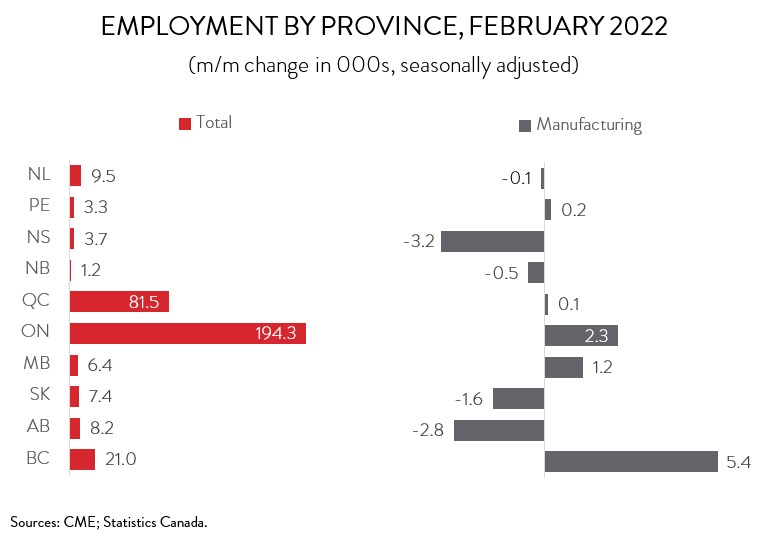