After declining by 1 million in March, employment fell by almost 2 million in April, bringing coronavirus-related job losses to nearly 3 million. In other words, roughly one in seven people have lost their job over the past two months. 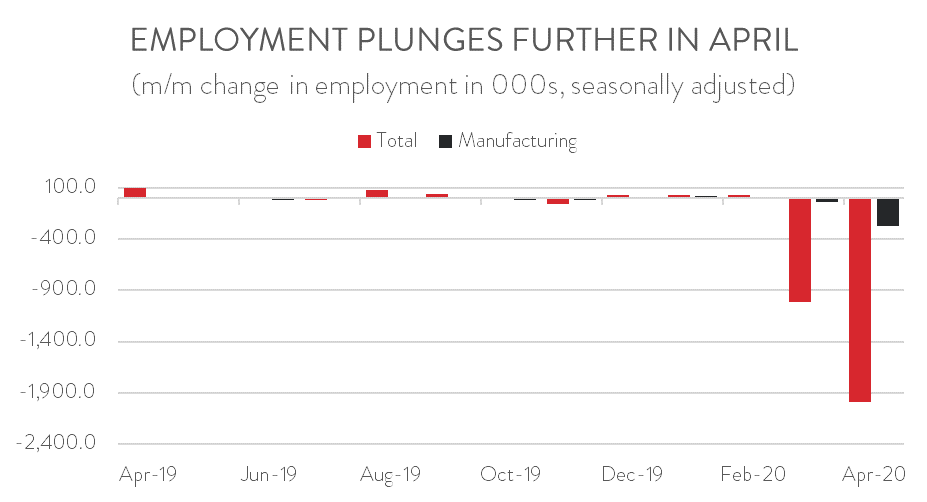 In addition, the number of people who were employed but worked less than half of their usual hours for reasons related to COVID-19 increased by 2.5 million from February to April. As noted by Statistics Canada, this means that the cumulative effect of the shutdown—the number of people who were either not employed or working substantially reduced hours—reached 5.5 million, more than one-quarter of February’s total employment.

The May Labour Force Survey is set to be conducted next week, so it may only capture a small portion of the people being recalled to work as some businesses reopen. But with restrictions gradually easing across the country, and with the Canadian Emergency Wage Subsidy recently launching, we should see a large rebound in employment in June.

The manufacturing sector, which recorded relatively modest job losses in March, was hit hard by the coronavirus pandemic last month. Following a drop of 34,500 in March, manufacturing employment nosedived by 267,100 in April. This smashed the previous record decline of 72,100 in January 2009.

Last month’s substantial decrease was not a huge surprise. Even though most manufacturing activities have been designated as essential services, the industry still faces several significant headwinds. These include supply chain disruptions, depressed global trade, and weak demand for certain products.

Hours worked provide a reliable measure of the impact of the coronavirus on the labour market. While employment fell by 11 per cent in April, total actual hours worked were down an even steeper 15 per cent. With this decline, hours worked have fallen a total of 27.7 per cent since February. Hours worked in manufacturing have fallen an even steeper 29.2 per cent. This indicator tends to correlate well with GDP growth, so the substantial drop is a clear sign that the economic contraction in the second quarter will be record-setting. 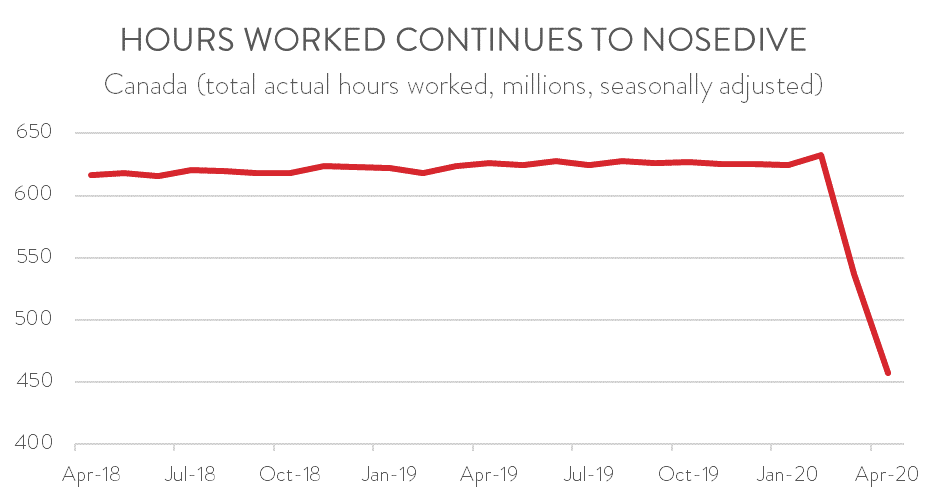 The unemployment rate jumped to 13.0 per cent in April, up substantially from just 5.6 per cent in February. Despite this record increase, it still understates the effect of the COVID-19 outbreak. During the survey period, 1.1 million people were not in the labour force but had worked recently and wanted to work. Had these people been counted as unemployed rather than being excluded from the labour force, the unemployment rate would have been 17.8 per cent.

The unemployment rate in the manufacturing industry surged from just 4.5 per cent in March to a record high of 13.6 per in April. This was well above the previous high-water mark of 11.8 per cent in May 2009. 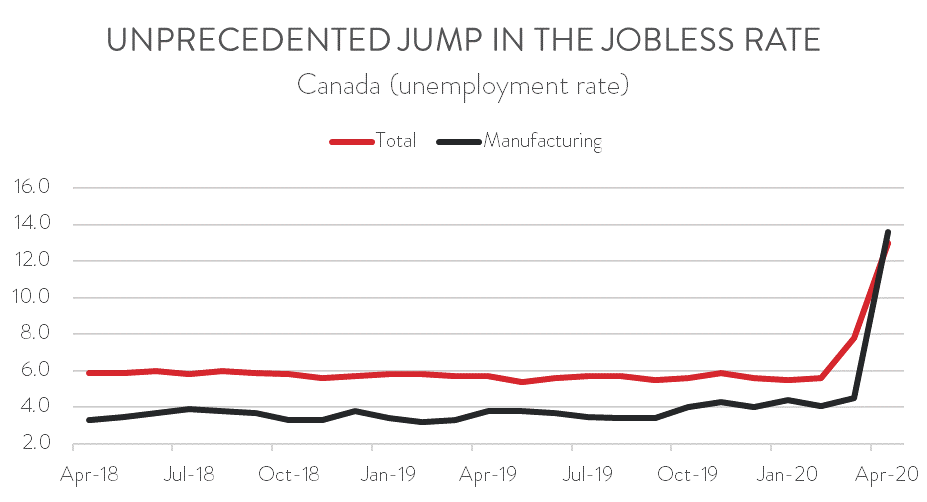 Employment fell in all provinces for the second straight month, with the cumulative decline over March and April exceeding 10 per cent everywhere. At -18.7 per cent, Quebec has recorded the biggest percentage decline since February, with job losses totalling 820,500. Meanwhile, employment has fallen by nearly 1.1 million in Ontario over the same period, equivalent to a 14.5 per cent decline. At the other end of the spectrum, Saskatchewan has seen the smallest percentage decrease, at 12.7 per cent, with job losses totalling 73,800.

The declines in manufacturing employment have been more uneven. Since February, 132,500 manufacturing jobs have disappeared in Ontario, while 115,000 have been lost in Quebec. Elsewhere, the job losses have ranged from 19,700 in Alberta to just 200 in PEI. 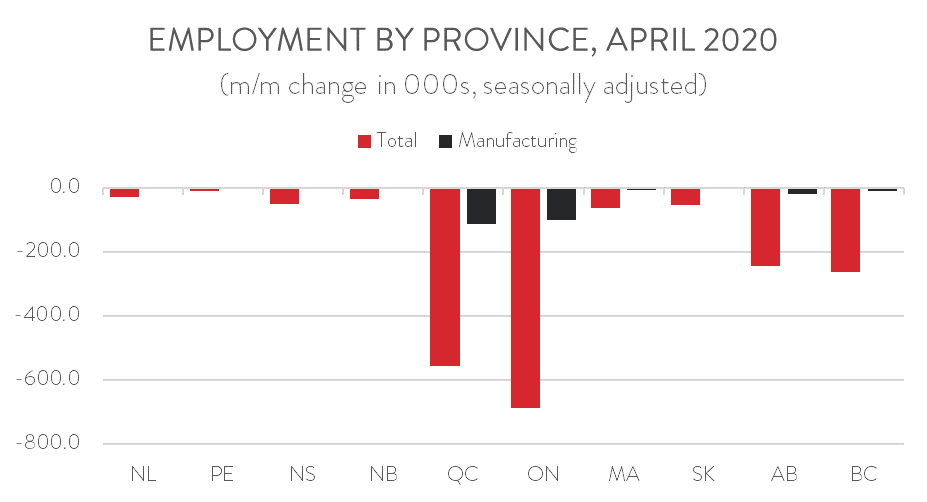