Overall, manufacturing output across Canada was down 0.6 per cent in April – a modest setback for a sector still trying to return to last summer’s production levels. That decline drove the total value of manufacturing sales down to $57.8 billion from a revised $58.1 billion in March. 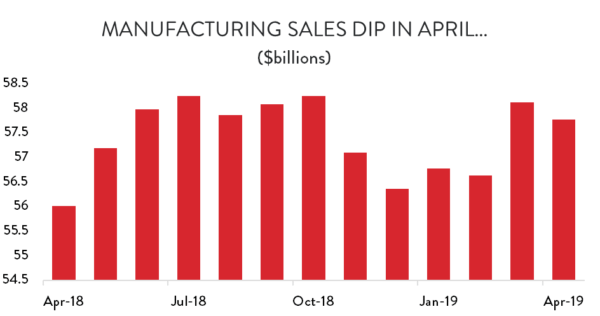 Even though output levels fell in April, year-over-year sales actually picked up because of an even larger decline 12 months earlier; sales are about 3.1 per cent higher than they were last April. However, barring a major uptick in sales activity, that growth rate is poised to fall in the coming months. Manufacturers saw strong sales growth in the late spring and early summer of 2018 and present output levels are only slightly higher than they were in May and June of last year. 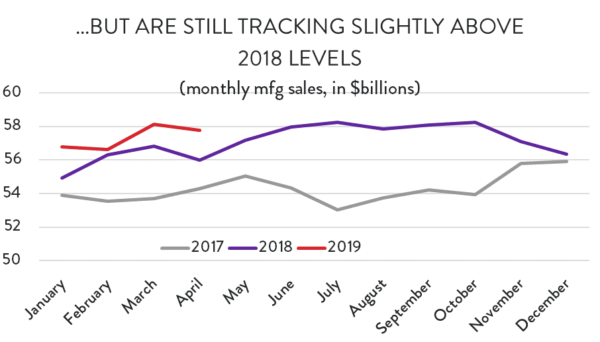 April’s decline was the result of lower sales volumes – primarily of durable industrial goods. While nominal-dollar sales fell by 0.6 per cent, inflation-adjusted sales were 0.8 per cent lower. That suggests that manufacturers on average received slightly higher prices for their goods, but sold fewer of them.

The short-term outlook for manufacturing activity in Canada continues to be on the softer side. New, non-aerospace manufacturing orders were once again flat in April, falling by 0.1 per cent compared to March. That marks the third consecutive month that new orders have effectively stood still. In total, new orders are still about 1.7 per cent higher than they were a year ago, but they are about 3.2 per cent lower than in October of last year. 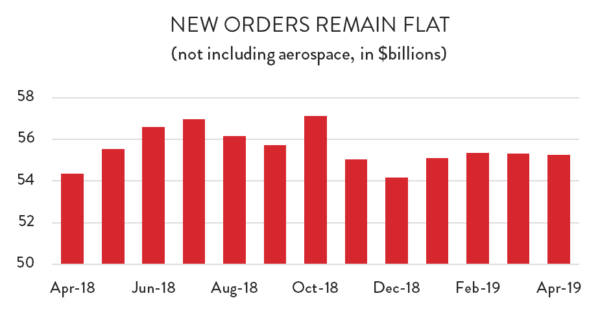 With new orders flat, manufacturers were once again able to put a dent in their backlog of unfinished work. After hitting a peak of $44.7 billion in February, unfilled orders (not including aerospace) fell by 1.7 per cent in March and then again by 1.2 per cent in April, with the largest declines in machinery-producing industries, as well as the auto sector. With those declines, unfilled orders are suddenly at their lowest level since September. 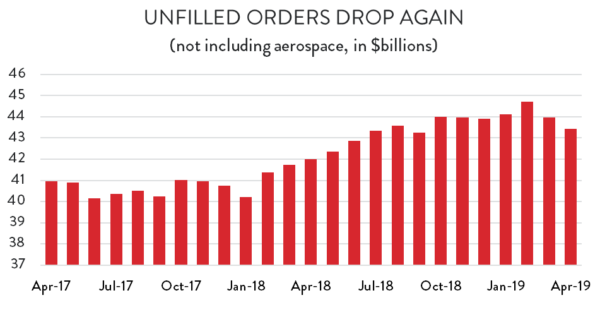 In March, manufacturing sales gains were driven by a surge in petroleum refining and healthy gains in durable goods-producing industries. Petroleum refining was up again slightly in April, but durable goods industries gave back most of their gains from the previous month. Refinery output rose by 2.9 per cent ($182 million) in April, building on a 9.3 per cent surge the previous month. That trend is unlikely to continue into May, however, as a recent drop in oil prices will drive down the value of petroleum products. There was also a significant spike in food processing output in April, with sales in the usually-stable industry jumping by 5.1 per cent compared to March ($439 million). Gains there were concentrated in Ontario and Alberta. 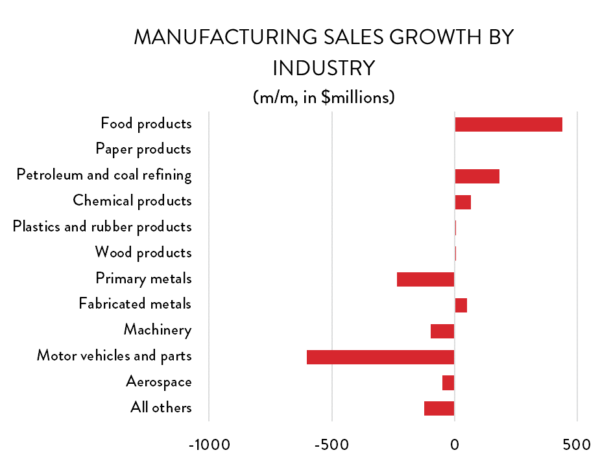 Meanwhile, as noted above, the news was mostly bad in durable goods industries. Autos and parts production fell by 7.3 per cent ($601 million), hitting its lowest level since last January. Primary metals output gave back all of March’s gains, with sales dropping by 5.3 per cent ($235 million), while sales of machinery, computers and electronics, and aerospace products were all lower as well.

There was a clear east-west split in manufacturing activity across the country in April. All four western provinces saw healthy gains, ranging from 1.8 per cent in BC to 6.5 per cent in Saskatchewan. On a dollar-value basis, the largest increase was in Alberta, where sales rose by $303 million compared to March. 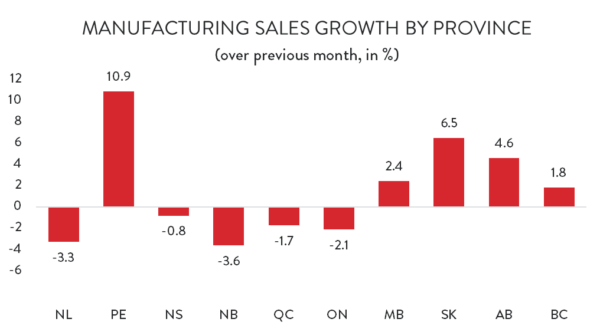 PEI was the only province east of Manitoba to see manufacturing output increase in April; elsewhere, it was all red ink. The largest decline on a dollar-value basis was in Ontario, where manufacturing output fell by $560 million (2.1 per cent), wiping out all of March’s gains. The story was much the same in Quebec, where sales fell by $247 million (1.7 per cent). On a percentage basis, the largest declines were in New Brunswick (3.6 per cent) and Newfoundland and Labrador (3.2 per cent).