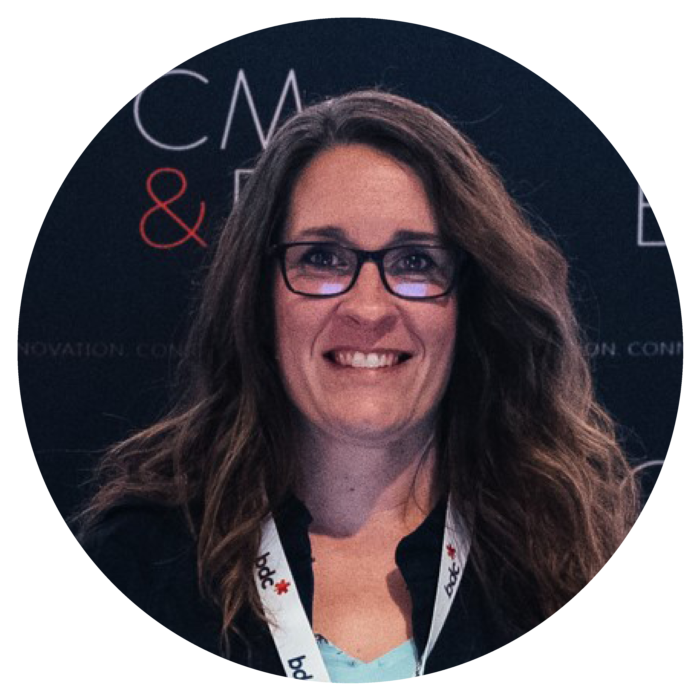 My career path started in 2013 when I had an opportunity to go back to school.  I had just gone back to a minimum wage job after being on maternity leave, when I was permanently laid off.  I was at a loss of where my life was headed as I was 39 with two teenaged children and a 1 year old.  I wanted change but did not know what I wanted to do. I knew I needed something different, I did not have a desire to work in a traditionally female oriented line of work. That is when I started to look into the trades in manufacturing and soon discovered that the trades were in high demand.  I had to be realistic in considering the right trade as I knew my age was going to play a role in career longevity. That is when I started to narrow down my research to the industrial electrician trade.

I was intrigued, curious, excited and just plain terrified to take that step and go back to school.

When I graduated high school in 1992, I didn’t have the best grades and only did what I needed to do to get my diploma. In wanting to now pursue this new career path I discovered that that is where I made my first mistake.  I needed to have advanced technical grade 12 math. This was a prerequisite to even take the three year program at Sault College.  I decided to jump in with two feet and I did correspondence at home to upgrade my math. At the time, it was by far, one of the hardest things I did. Having been out of school for so long, I had to teach myself all over again.  I surprised myself by doing really well and scoring high marks. What was even more of a shock was that I actually enjoyed it. I had a knack for algebra and calculus.

After completing this in the summer of 2012 I was enrolled at Sault College for the Industrial Electrician Technologist program and started that fall.  I was the only woman in the program at the time and I was the oldest as well.  Most of the young men in the program were the same age as my son. Needless to say, I was extremely intimidated and had doubts that I was going to make it or fit in.  I surpassed all my own expectations and I loved it.

I wish I had discovered this passion I didn’t know I had 20 years ago. I have never worked so hard for anything in my entire life. It really was the most challenging thing I ever did. I was raising my children and running my house full time all at the same time, so life had many challenges along the way. I persevered and after three years of blood sweat and many tears I was walking down in my cap and gown, with my toddler holding my hand to receive my diploma. I was never so proud of myself. My family was equally proud. I was the first in my family to even go to post-secondary, so that in itself was an accomplishment.  I was showing my son and daughters that they can become whomever they want to be and that they can be successful at any age or gender.

After I graduated in 2016, I applied to several jobs that were looking for industrial electricians but none were wanting to take on an apprentice. It was discouraging, but I did not give up hope. During that time I started working at a local restaurant as a waitress.  Life didn’t stop after school. I still had kids to feed and bills to pay. I was never ashamed to work minimum wage jobs as it was all I ever knew growing up. I came from a poor family and I was raising my children on very little at the time.

It was in early December of 2016 that I was talking with a fellow graduate, and found out by accident that Tenaris Algoma Tubes was starting to ramp up production and that they were going to be hiring.  I applied almost immediately.  Although I was hopeful, I wasn’t really expecting a call.  Surprisingly I was called for an interview and they hired me as an electrical apprentice. That was the most exciting day.  All my hard work had paid off.

I started my career path with Tenaris on December 19, 2016.  It has been such an amazing experience to learn hands on.  Since apprenticing at Tenaris, I have never been more certain of the path I took. Being an integral part of the manufacturing process and seeing the product produced from start to finish and knowing the customer will be receiving a quality product, has been nothing but awe inspiring.  It has been the most challenging, most rewarding experience I have ever had. I look forward to every day and every day I learn something new.

I have successfully completed level 1 of the Industrial Electrician apprenticeship and will be attending level 2 in October of this year. I hope to have my apprenticeship completed within the next two years and then be ready to write my red seal test and become officially licensed.

I would be honored and proud to be a recipient of this reward. I would use this money to help with the costs of living during the times I have to attend school. The money would help to purchase the tools and books I need to further my career in this manufacturing field. I hope to have a long and fulfilling career in this trade.

I am and always will be proud to be a mature woman in the manufacturing field!!