The Canadian economy expanded 0.4% in February, the tenth straight monthly gain. Statistics Canada also released a flash estimate for March, which showed real GDP growing an additional 0.9% in that month. 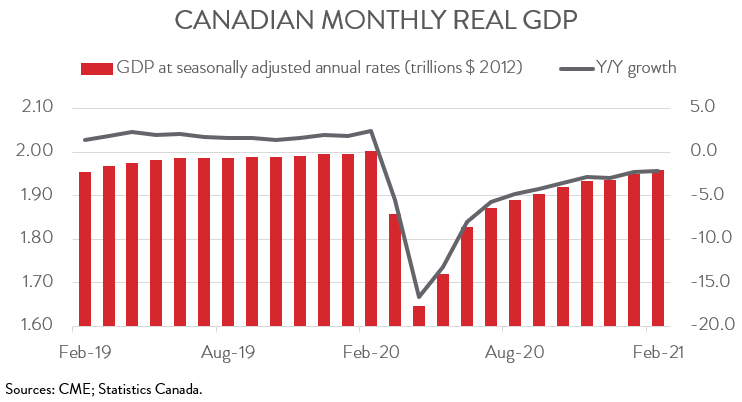 The GDP figures for February and the flash estimate for March suggest that the Canadian economy was just 1.3% below its pre-pandemic level in March and that it expanded at an impressive 6.7% seasonally adjusted annual rate in the first quarter. While non-essential high-contact services likely suffered a setback in April as third wave restrictions were imposed in many parts of the country, recent evidence suggests that the Canadian economy should bounce back quickly once COVID-19 is brought under control. An acceleration in vaccinations should help sustain the economic recovery.

The gains in February were broad-based, spanning 13 of 16 major sectors. Retail trade output jumped 4.5% in February, as many provinces lifted or eased lockdown measures that had led to output declines in December and January. 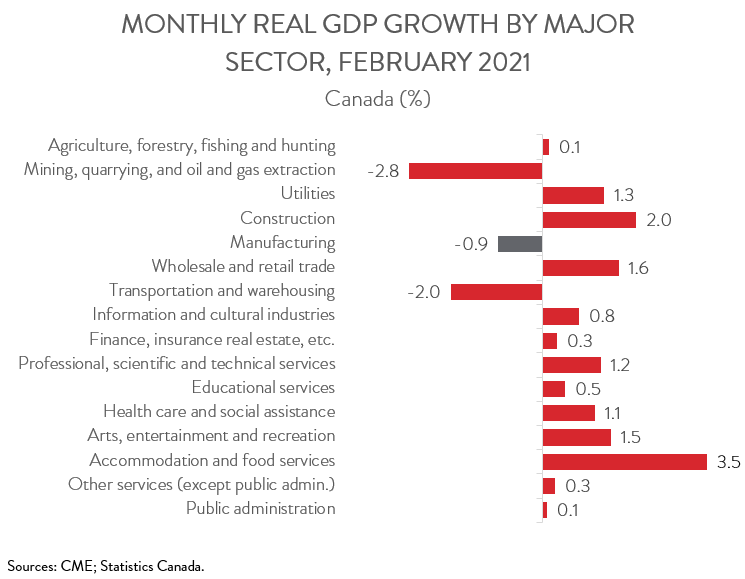 Manufacturing GDP contracted 0.9% in February, following 1.5% growth in January, continuing a pattern of alternating increases and declines seen since last September. The drop in February left output in the sector 3.3% below its pre-COVID peak. 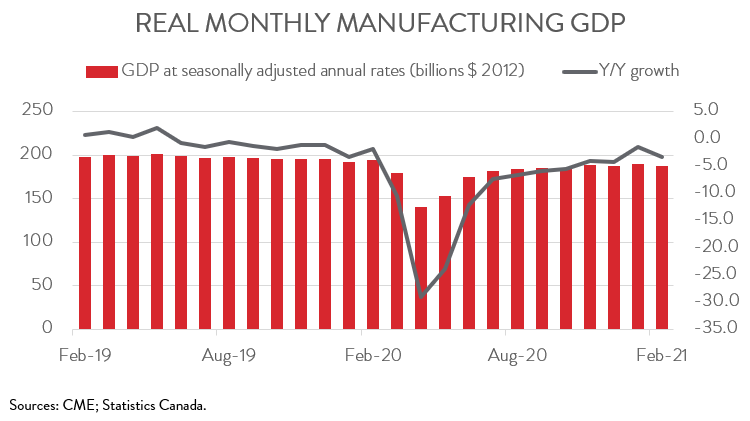 Output was down in just 4 of 11 of Canada’s largest manufacturing subsectors. Motor vehicle and parts posted the largest drop (-8.9%), as it continued to be weighed down by the global semiconductor shortage. The losses in February left the subsector’s output 19.6% below the pre-COVID level, making it the furthest from a full recovery among the group of 11 major manufacturing subsectors.

Plastics and rubber products also had a tough month. Output fell 6.6% in February, partly due to lower demand from motor vehicle and parts manufacturers. At the same time, food manufacturing was down 1.7%. Meat product manufacturing contributed the most to the decline, as several processing plants were temporarily closed due to COVID-19 outbreaks. Paper products (-0.9%) was the other major subsector to see output fall in February.

Among the subsectors that posted growth in February, machinery led the way with a 1.8% advance, its second consecutive monthly gain. Wood product manufacturing rose 0.7%, up for the ninth time in ten months, as it continued to benefit from strong housing markets in both Canada and the United States. Aerospace activity climbed 1.3% in February, building on the 1.5% growth seen in January. Despite these back-to-back gains, however, aerospace output remained 16.4% below year-ago levels. 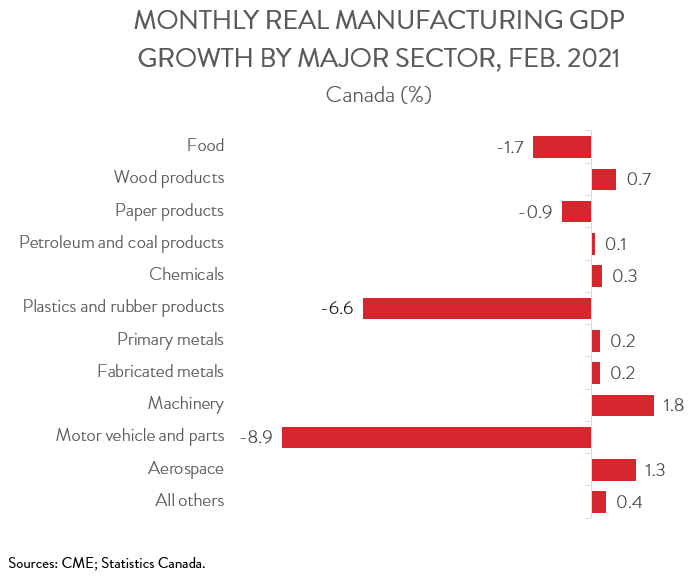