Economy Posts First Monthly Decline in a Year in April; Manufacturing Output Down for Second Time in Three Months

After increasing for 11 months in a row, real gross domestic product (GDP) contracted by 0.3% in April, leaving the economy 1.2% smaller than its pre-pandemic level. A Statistics Canada preliminary estimate suggests that the economy shrank an additional 0.3% in May. 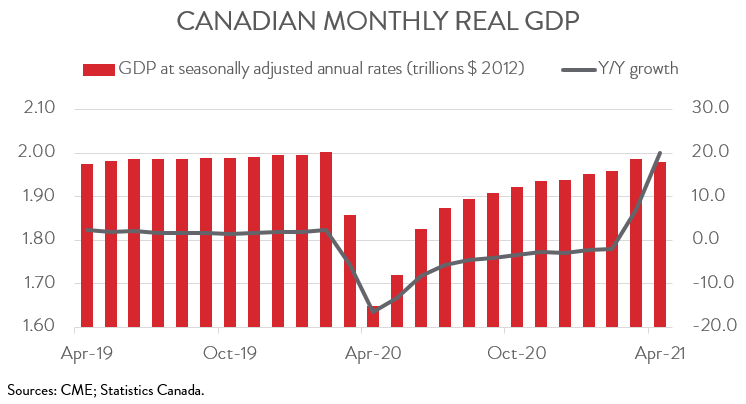 The economic struggles over April and May were mainly the result of tightening public health restrictions aimed at slowing the third wave of COVID-19. However, the GDP declines were much more modest than the record plunge experienced last spring, highlighting just how much households and businesses have adapted to the reality of living under a pandemic. And, with vaccination rates going up quickly, economic activity is poised to accelerate sharply over the second half of the year.

The decline in GDP in April spanned 10 of 17 major industries. Retail trade plunged 5.5%, as many areas of the country tightened lockdown measures on non-essential stores. Despite this decline, the sector’s output in April was 2.1% above the pre-pandemic level.

Similarly, accommodation and food services contracted 4.6%, another sector highly sensitive to stricter public health measures. Food services and drinking places was down 6.5%. This more than offset a 0.5% gain in accommodation services, which was driven by an increase in camping activity. 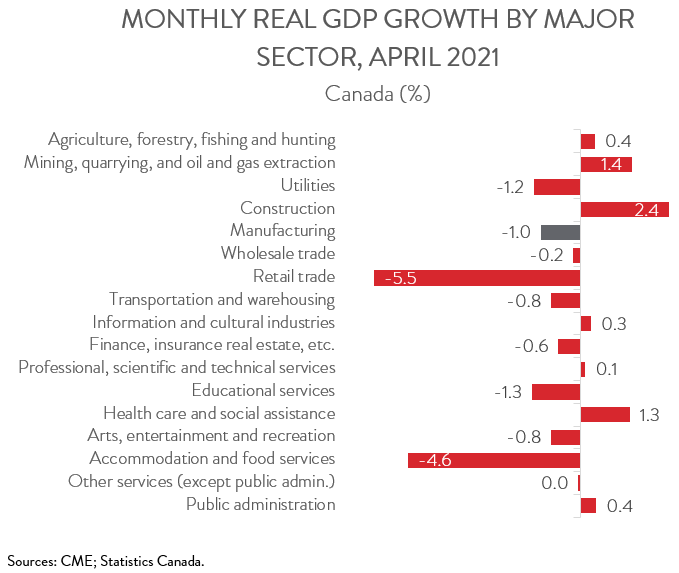 On the positive side, output in the construction sector rose 2.4%, its sixth consecutive monthly increase. All subsectors were up on the month, with residential building construction contributing the most to growth.

MANUFACTURING DOWN 1.0% IN APRIL 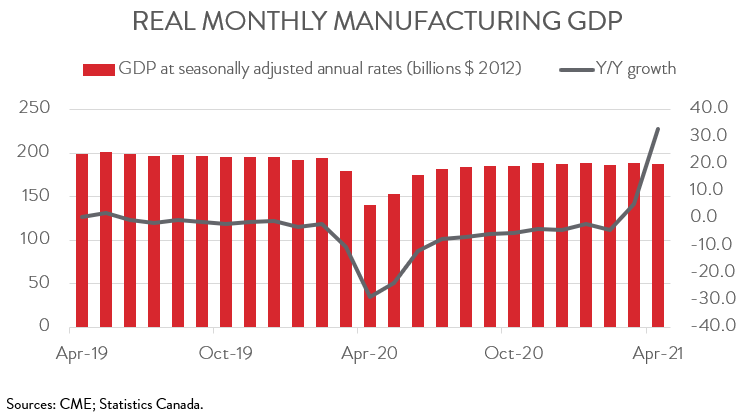 Manufacturing output was down in 7 of 11 major subsectors. Motor vehicle and parts output nosedived 15.1%, the sixth decline in seven months, as the global semiconductor shortage continued to disrupt automotive production. With this decline, the industry’s output was 28.0% below its pre-pandemic level, making it the furthest from a full recovery among the major manufacturing subsectors. 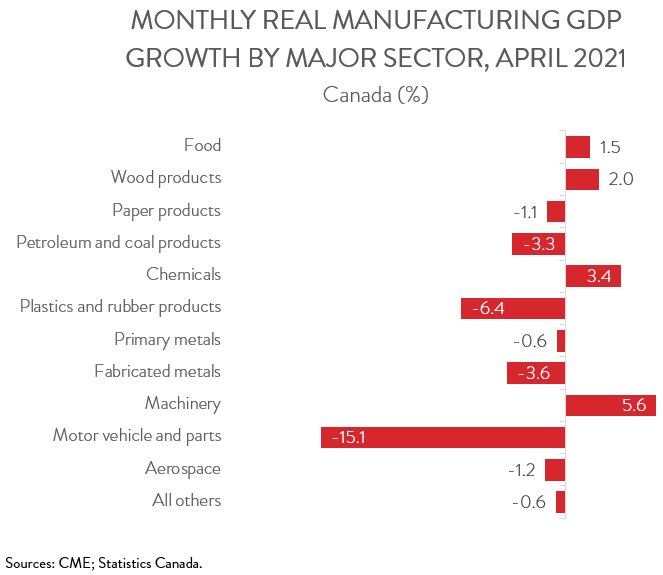