The economic recovery resumed in the third quarter, as the easing of pandemic-related restrictions in Canada and abroad lifted both householding spending and exports. Canadian real GDP rose at an annualized rate of 5.4% in the third quarter (1.3% non-annualized), a nice rebound from the downwardly revised 3.2% decline in the second quarter. 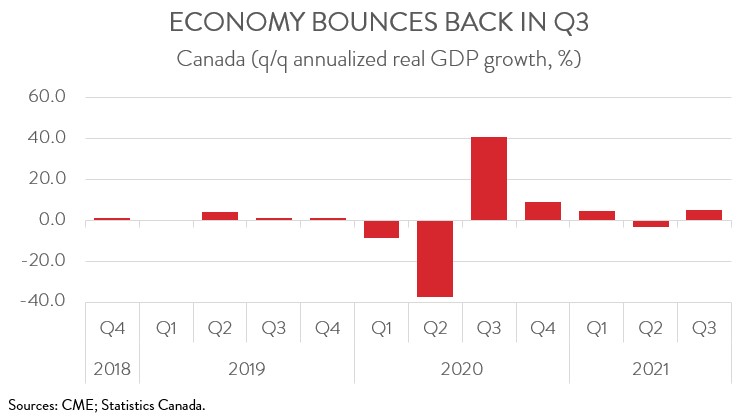 Although third quarter GDP growth came in stronger than expected, the first two quarters of 2021 were revised downwards. This means that, while consensus forecasts from earlier this year had once expected the Canadian economy to expand by about 6% in 2021, the actual figure is going to be closer to 4.5%. To make matters worse, economic growth in the fourth quarter will be dragged down by the impact of the BC floods. As well, the Omicron variant has added a new layer of uncertainty to the economic outlook.

Driven by higher income and greater demand, household spending on both semi-durable goods (+14.0%) and services (+6.3%) increased sharply. This was partly offset by a 1.4% decline in expenditures on durable goods, weighed down by product shortages and higher prices.

After falling 4.5% in the second quarter, exports increased 1.9% in the third quarter, led by crude oil exports. Imports dipped 0.6%, attributable to lower imports of pharmaceutical products and toys, games and small appliances. The decline in imports added 0.2 percentage points to quarterly GDP growth.

On the negative side, non-residential business investment contracted 1.3%, down for the second time in the three quarters. Likewise, residential investment plunged 8.9%, the second consecutive quarterly decline. An increased withdrawal of inventories also subtracted from growth in the third quarter. 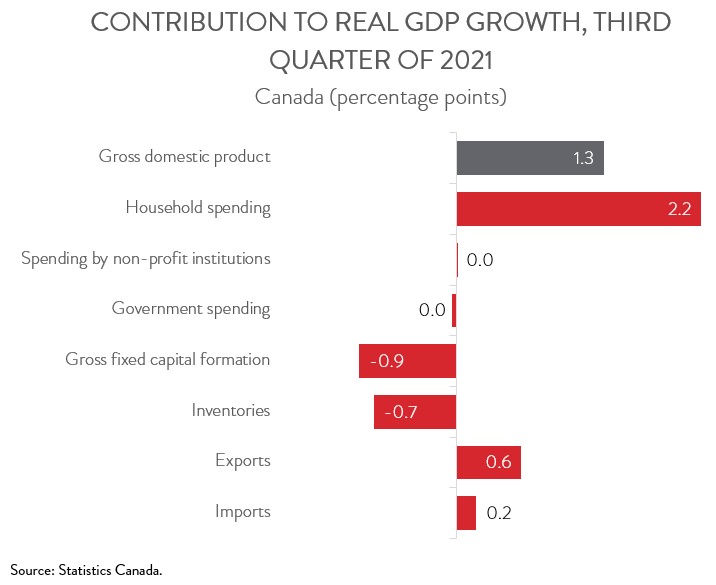 ECONOMY EDGES UP 0.1% IN SEPTEMBER, BUT MANUFACTURING TUMBLES 1.7%

Manufacturing output tumbled 1.7%, the second decline in three months. The sector’s real output has fallen 2.7% since the start of the year and is now 6.1% below the pre-pandemic level. On the positive side, Statistics Canada’s flash estimate indicates that the sector posted a solid rebound in October. 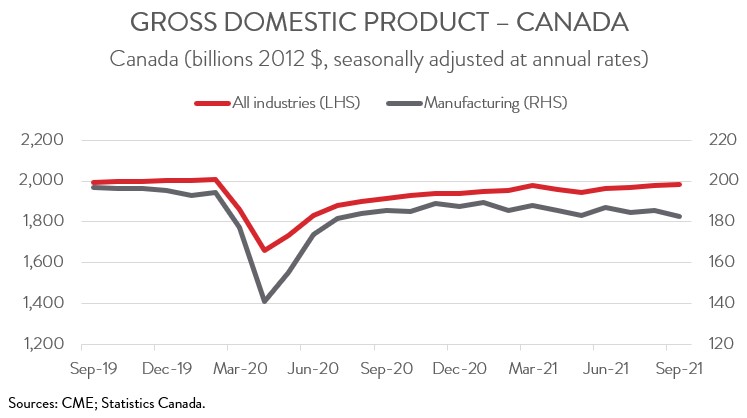 The gains in September spanned 12 of 20 industries. Mining, quarrying, and oil and gas extraction led the way with growth of 1.2%. This was the sector’s fifth consecutive monthly increase.

The public administration sector also had a strong month, with output up 2.1%. The output of federal government departments’ and agencies’ services, a subsector that includes Elections Canada, received a temporary lift from the federal elections held on September 20.

Professional, scientific and technical services output rose 1.2% in September, up for the fifth consecutive month. Computer systems design and related services, which has increased in every month since April 2020, was the biggest contributor to growth.

Along with manufacturing, retail trade also experienced a notable decline in September (-0.9%). Activity at new car dealers continued to fall due in part to lower availability of vehicles for sale resulting from the disruption in global automotive vehicle production. 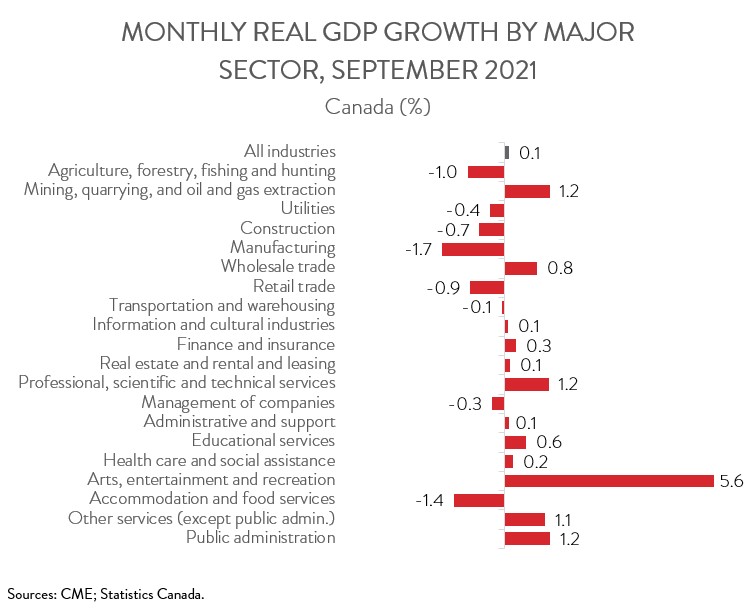 Output in plastics and rubber products contracted 7.2% in September, weighed down by lower demand from the auto sector. At the same time, fabricated metals output was down 3.0%, the second decline in three months. Also, petroleum and coal product manufacturing fell 2.1%, partly attributable to lower imports of crude oil from the United States where Hurricane Ida disrupted production. On the positive side, several subsectors posted moderate output gains, including chemicals (+0.7%), wood products (+1.2%), and aerospace (+1.2%). 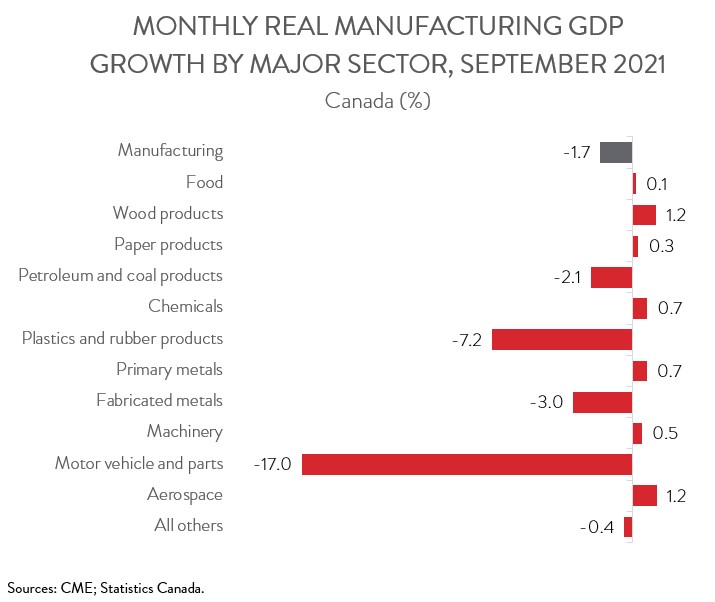