The Canadian economy expanded at an annualized rate of 3.1% in the first quarter of 2022, the third consecutive quarterly increase. 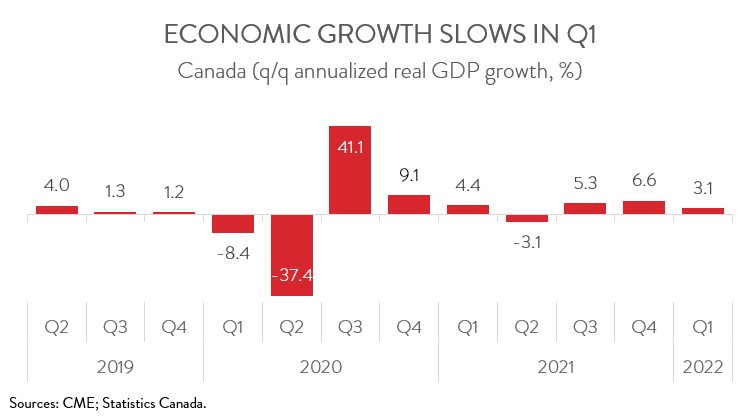 Despite the gain, today’s report was a disappointment. First, the expansion in Q1 came in well below consensus estimates of +5% annualized growth. Second, the flash estimate for April suggests that the Canadian economy is slowing, likely being weighed down by high inflation and rising interest rates.

Household spending also had a strong showing, rising 0.8% in Q1, the third consecutive quarterly increase. The most recent gain came despite the fact that capacity restrictions on in-person shopping and services were still in place throughout most of Canada in the early stages of the quarter. 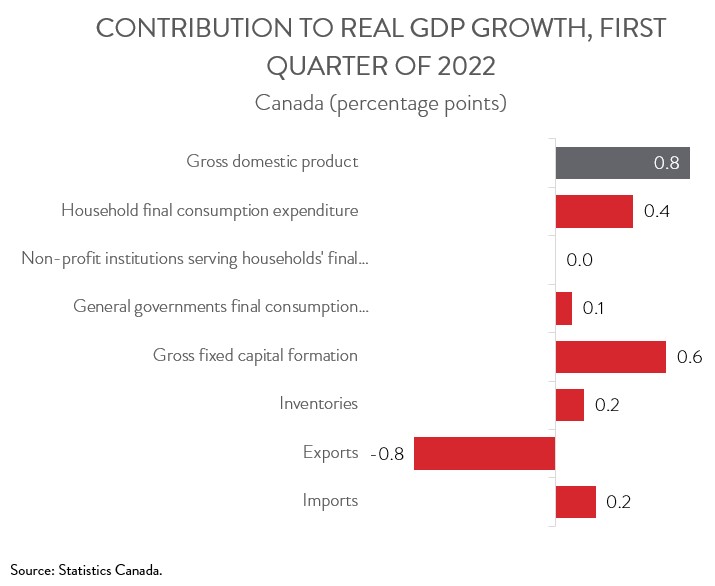 Turning to monthly data, real GDP rose 0.7% in March, building on the 0.9% expansion in February. Preliminary information indicates that economic growth slowed to 0.2% in April.

Manufacturing output increased for the sixth month in a row in March, up 0.9%, surpassing its pre-pandemic level of activity for the first time. Growth for the first quarter came in at 1.9%, with transportation equipment manufacturing driving the gains for a second quarter in a row. Unfortunately, Statistics Canada’s flash estimate indicates that the manufacturing sector recorded a notable decrease in April. 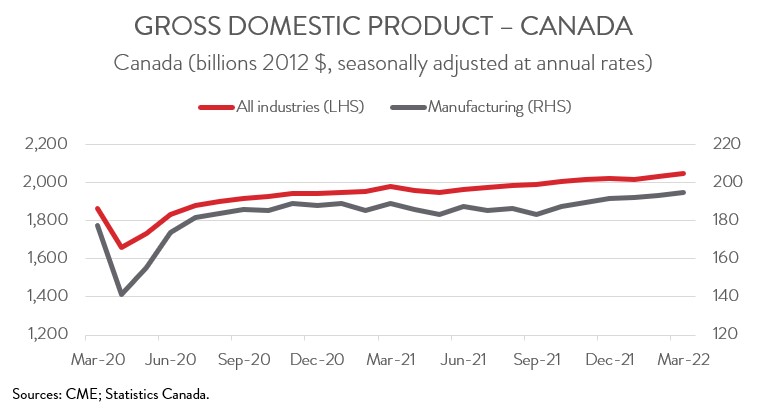 The GDP gains in March were broad-based, spanning 14 of 20 industries. High-contact service sectors posted the biggest advances, as public health measures to slow the spread of the Omicron variant continued to be lifted. Output in accommodation and food services jumped 10.9% in March, the second straight double-digit gain.

At the same time, arts, entertainment and recreation output soared 13.5% in March, the highest growth since July 2020, as capacity limits were lifted on many spectator sport venues, recreation centres, and casinos.

Transportation and warehousing output climbed 3.2% in March, building on the 2.4% increase in February. Air transportation activity was up by more than 50%, as airlines carried more goods and passengers. 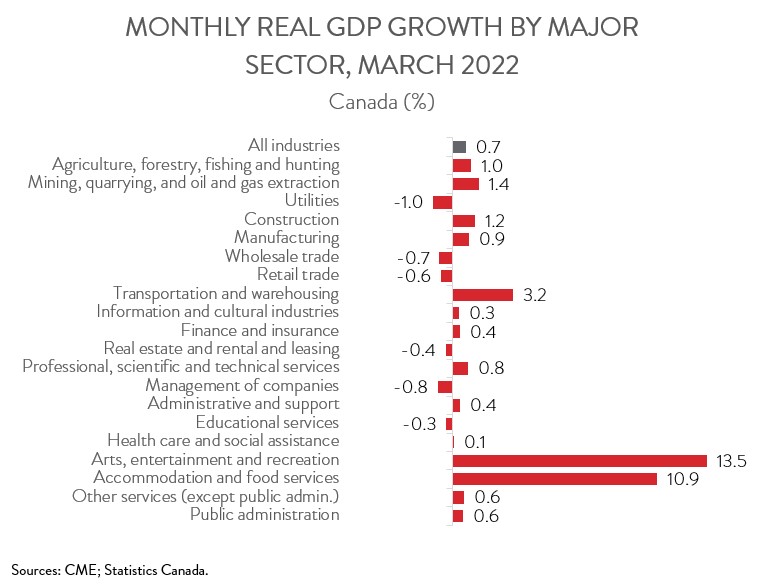 Output was up in 6 of 11 major manufacturing subsectors in March. Motor vehicle and parts manufacturing grew by 7.6%, as supply chain bottlenecks, including semiconductor shortages, continued to abate. However, despite this gain, output remained nearly 20% below its pre-pandemic level. Plastics and rubber products also had a strong month in March, up 5.5%, thanks partly to higher demand from the auto industry. As well, food manufacturing climbed 1.3%, the second straight monthly advance, as most of its subsectors expanded. 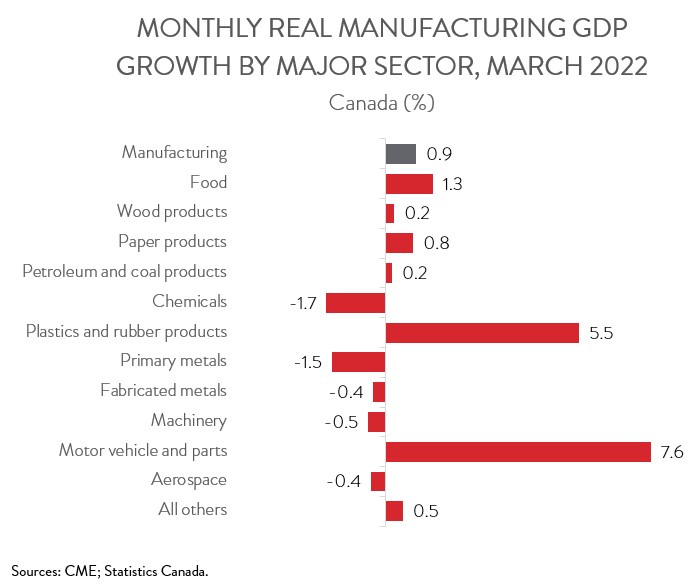