Real GDP rose a solid 0.7% in the third quarter (2.9% annualized). This was the fifth consecutive quarterly increase and only slightly below Q2’s pace of 0.8% (3.2% annualized). 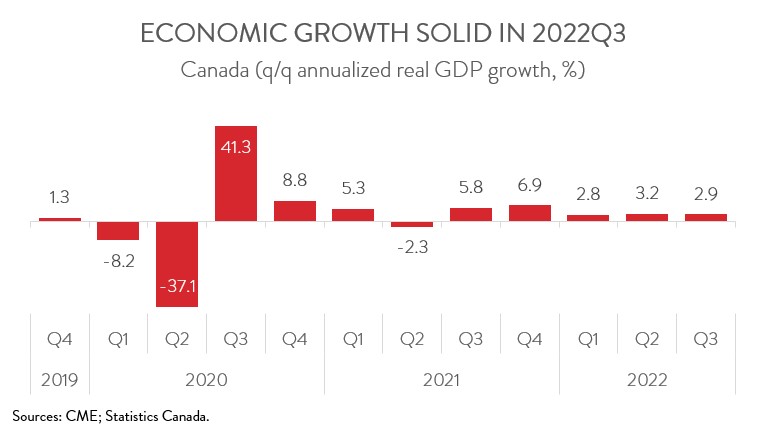 Although the Canadian economy performed much better than expected in Q3, the headline figure masked underlying softness. Domestic demand contracted at an annual rate of 0.6%, suggesting that the Bank of Canada’s rate increases are having their desired effect. The Bank is widely expected to pull the trigger on another interest rate hike at its next meeting on December 7, with analysts split on whether it will be by 25 or 50 basis points.

Net trade was a big driver of growth in the third quarter, with exports and imports adding a combined 0.8 percentage points to GDP growth. The big gain in exports was attributable to strong global demand for Canadian commodities, most notably crude oil and bitumen and farm and fishing products. At the same time, non-farm inventories surged to their highest level on record, driven by the manufacturing, wholesale trade, and retail trade sectors. Meanwhile, business investment in non-residential structures increased for the seventh consecutive quarter, rising at annualized pace of 11.7% in Q3. 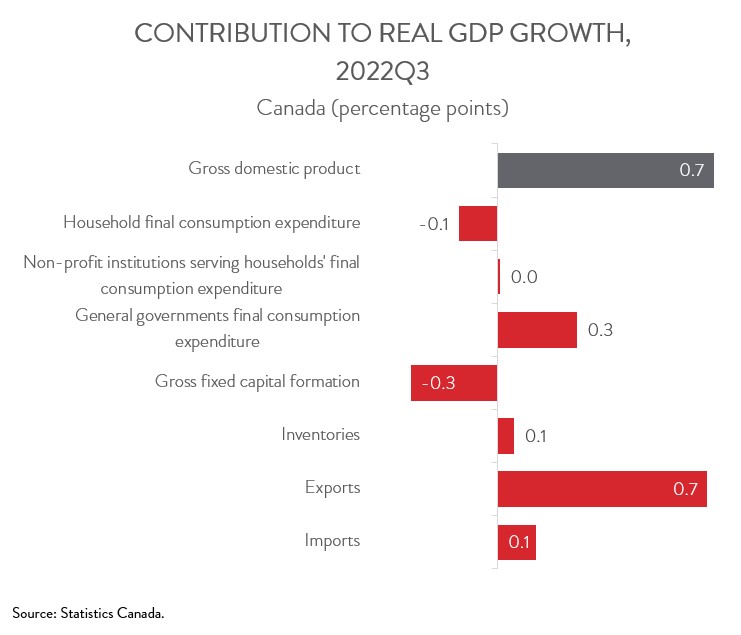 On the downside, residential investment fell for the second consecutive quarter, down an annualized 15.4%, as higher interest rates continued to weigh down the housing market. Moreover, household spending contracted at a 1.0% annualized rate, the first decrease since the second quarter of 2021 and largely the result of a significant decline in spending on goods.

Manufacturing output contracted 0.1% in September, the fourth decrease in five months, speaking to the numerous headwinds facing the sector including workforce shortages, supply chain disruptions, soaring production costs, and heightened global economic uncertainties. As of September 2022, manufacturing GDP was 0.5% below its pre-pandemic level, making it one of only six major industries yet to experience a full recovery. To make matters worse, Statistics Canada’s flash estimate signals that the sector’s output shrank yet again in October. 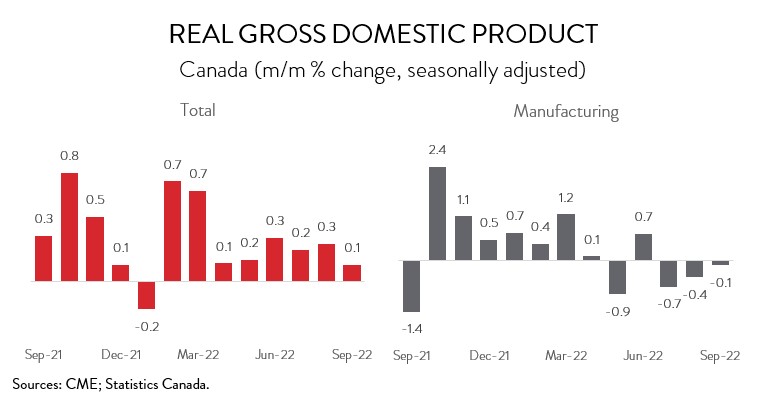 The GDP gain in September spanned only 9 of 20 industries. Despite the drop in manufacturing output, the goods side of the economy was the main growth driver. The mining, quarrying and oil and gas extraction sector climbed 1.2% in September, the seventh increase in the last eight months, boosted by a solid advance in oil and gas extraction. At the same time, construction output increased by 0.5%, as a strong gain in engineering construction more than offset further declines in residential building construction. Finally, output in the agriculture, forestry, fishing and hunting sector rose 0.8% in September, led by an increase in crop production.

On the flip side, a majority of service-producing industries contracted in September, with accommodation and food services posting the most significant decline at 0.8%. Retail trade edged down 0.1% in September, as the food and beverage stores subsector fell to its lowest level of output since April 2018. Likewise, wholesale trade output dipped 0.1%, the third decline in four months. 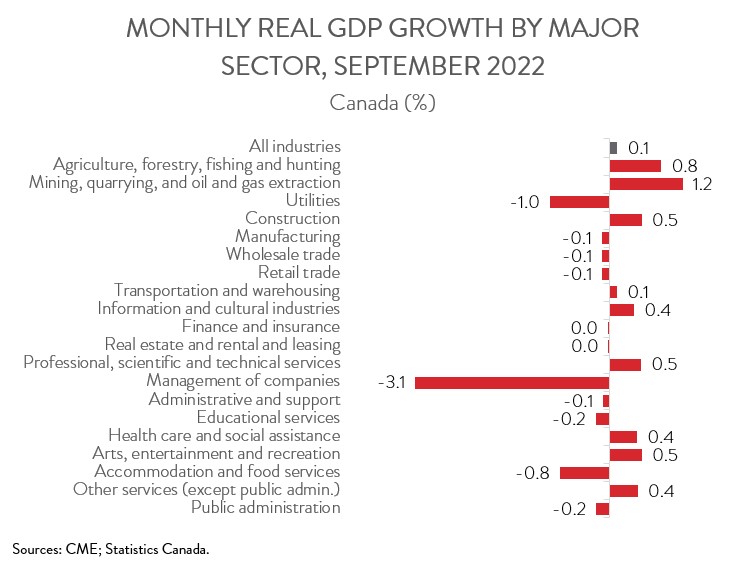 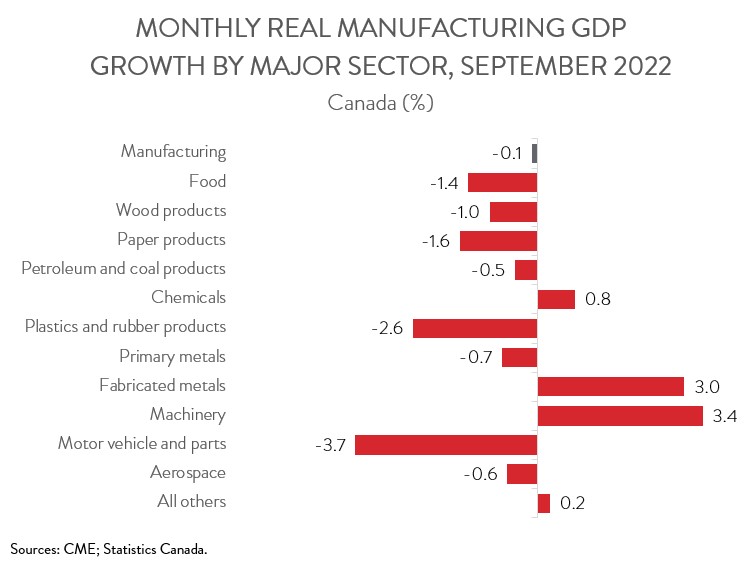