Canadian international trade activity nosedived in April, not surprising given that large parts of the world were on lockdown to contain COVID-19. Merchandise exports fell 29.7 per cent to $32.7 billion, while merchandise imports declined 25.1 per cent $35.9 billion, by far the largest monthly percentage point declines ever recorded. 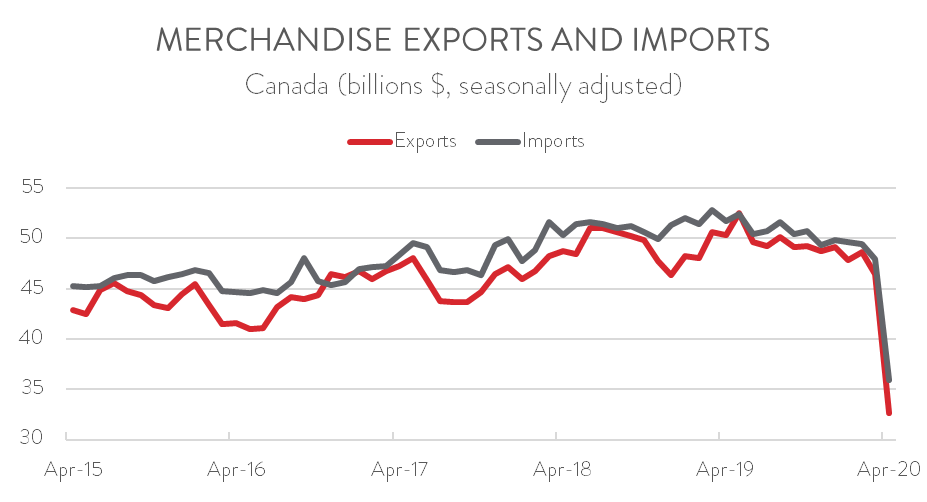 As expected, the April trade numbers were grim. Although some segments of the economy started reopening in May, we will likely need to wait until the June data are released before seeing any clear signs of a rebound in trade activity. 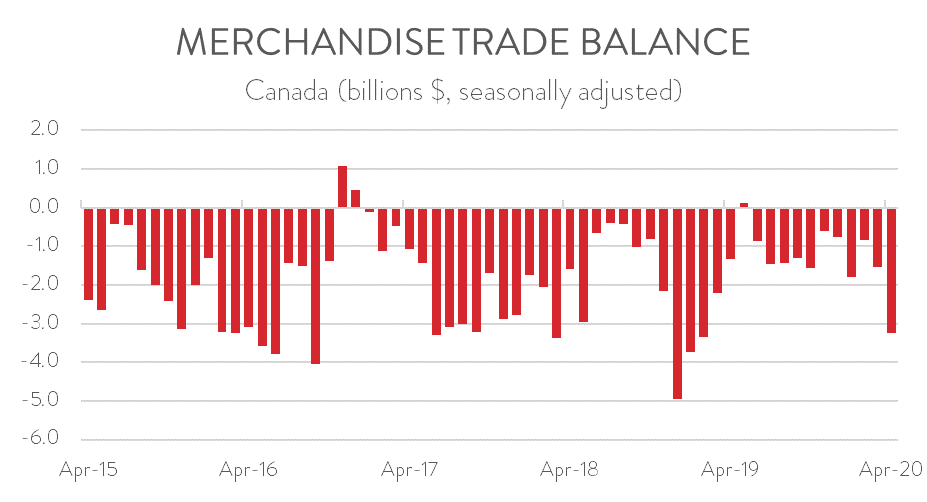 EXPORTS FALL IN 10 OF 11 PRODUCT CATEGORIES

Exports fell in 10 of 11 categories in April. With the North American auto industry shutdown, motor vehicles and parts exports plummeted by a jaw dropping $5.3 billion, the largest decline ever observed. As noted by Statistics Canada, since no new vehicles were manufactured in April, all passenger cars and light trucks that shipped across the border represented new vehicles withdrawn from inventory or used vehicles.

Exports of energy products also posted a record decline in April, falling $3.6 billion on lower volumes and prices. Demand for energy products has fallen off a cliff, with many businesses closed or running at below normal capacity and many people staying home due to the COVID-19 pandemic.

At the same time, the closure of many retail stores led to a steep fall in the trade of consumer goods, with exports declining by $886 million. Other categories also posted significant declines in April, with the notable exceptions of farm, fishing, and intermediate food products, which saw exports fall a modest $12.4 million, and metal ores and non-metallic minerals, which boasted an increase of $134.3 million. 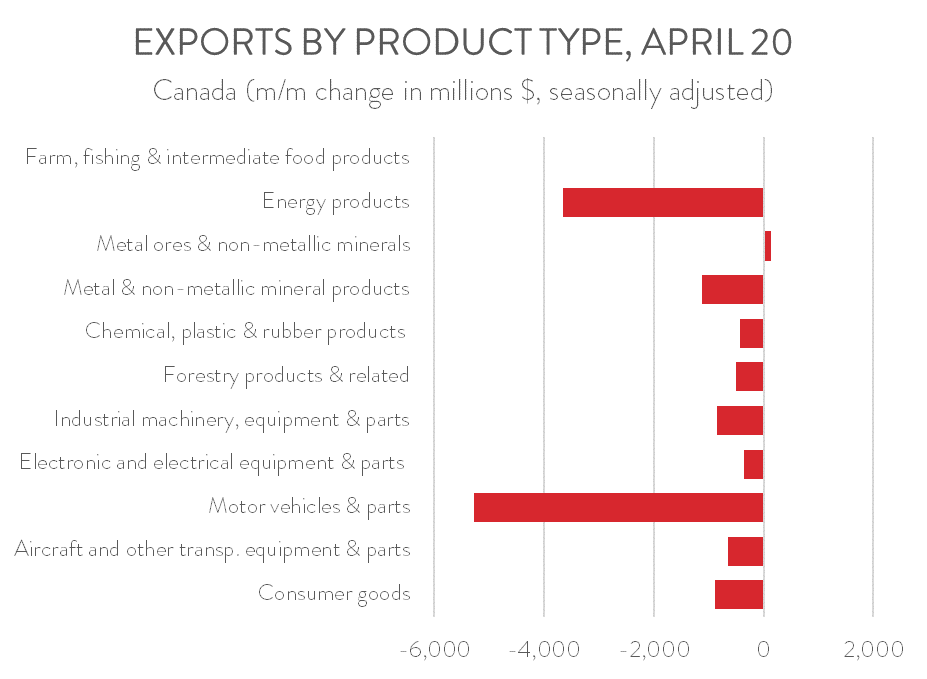 EXPORTS TO THE UNITED STATES NOSEDIVE, WHILE EXPORTS TO MAJOR ASIAN COUNTRIES RISE

Exports to the United States plummeted by an eye watering $12.4 billion in April, accounting for 90 per cent of Canada’s overall decline in exports. This dramatic fall was largely attributable to the auto industry shutdown and the collapse in demand for crude oil. At the same time, Canada also recorded declines in exports to the United Kingdom (-$334.1 million), the rest of the European Union (-$457.6 million), and Mexico (-$281 million).

On a positive note, exports to Canada’s major Asian trading partners increased in April, with exports to China, Japan, and South Korea increasing $272 million, $89 million, and $16.5 million, respectively. Not only were these countries hit first by the outbreak, but they have also been largely effective at supressing the virus. This has enabled them to get a head start on the economic recovery. 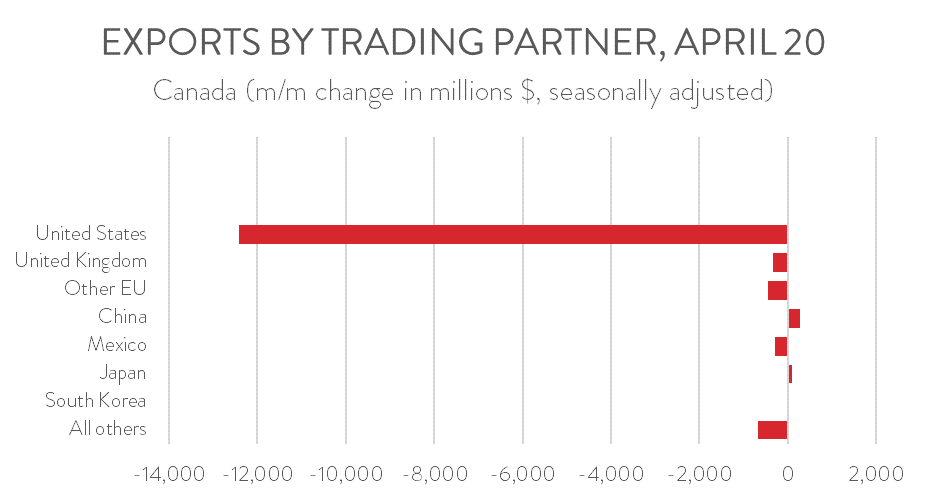