Employment rose by 230,700 (+1.2%) in June, largely offsetting the cumulative decline of 275,100 over the previous two months. Last month’s growth was entirely in part-time work and concentrated among youth aged 15 to 24, primarily young women. The increase in June left employment 340,400 or 1.8% below the pre-pandemic level. 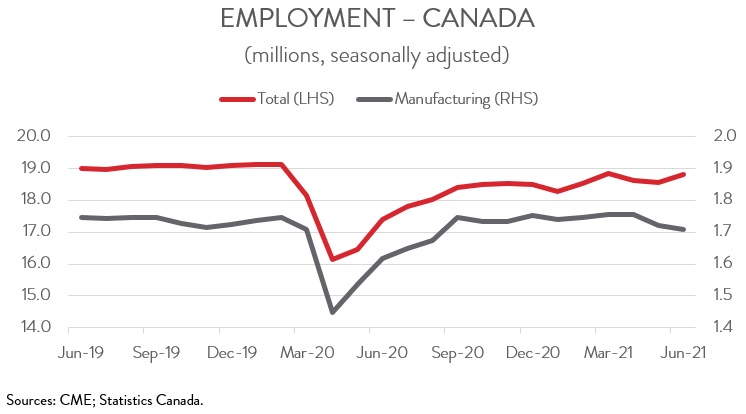 The job market rebound in June was largely expected, as it coincided with several provinces rolling back public health restrictions in response to steadily declining COVID-19 cases and steadily rising vaccination rates. The pace of hiring is expected to remain strong over the summer months, as the economy reopens more fully and as health concerns diminish.

Employment was up in 9 of 16 major industries. All the gains were in the services sector (+278,600), with those that rely on face-to-face interactions contributing the most to growth. Accommodation and food services added the most jobs in June, with employment up 100,900. This was followed by retail trade, which added 75,000 workers to payrolls. At the same time, other services, which includes establishments primarily engaged in providing personal care services like hairstylists, created 23,800 positions. However, despite this strong growth, the hospitality sector remains the furthest away from a full recovery. 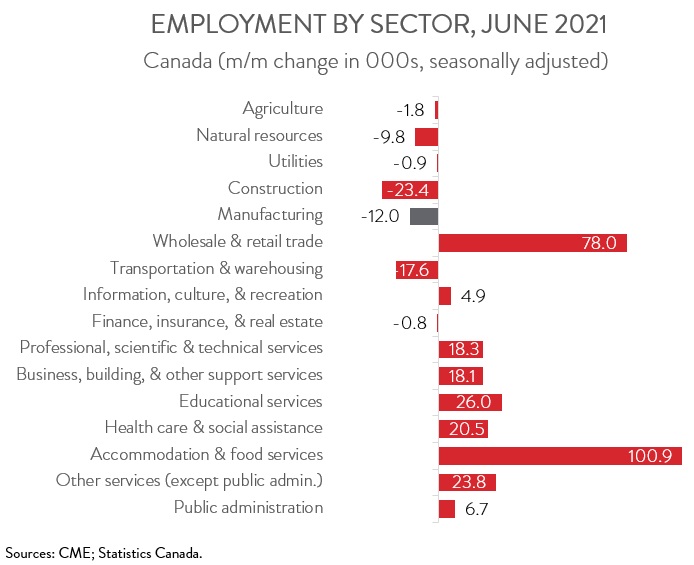 Employment in the construction industry fell by 23,400 in June, with most of the drop attributable to a decline in the number of self-employed workers in the sector. Employment was also down in natural resources (-9,800) and in agriculture (-1,800).

The unemployment rate in the manufacturing sector also fell last month, declining from 4.9% in May to 4.6% in June, down for the third consecutive month. Although this decline implies that the manufacturing labour market is tightening, it has yet to be reflected in the wage data. In June, the average hourly wage rate in manufacturing was up 0.6% month-over-month but down 0.6% year-over-year. 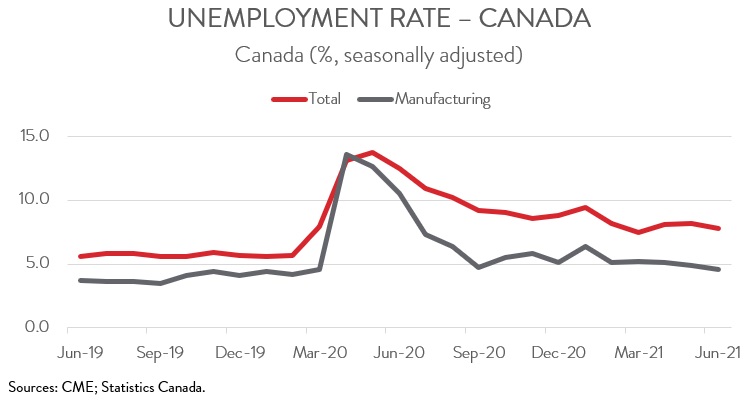 JOB GAINS CONCENTRATED IN ONTARIO, QUEBEC AND BC

In the manufacturing sector, the drop in employment was concentrated in Western Canada. Alberta shed 5,700 manufacturing jobs in June, the first decline in four months. At the same time, manufacturers reduced payrolls by 2,100 in BC and by 1,800 in Saskatchewan. Turning to other regions, Nova Scotia’s manufacturing workforce also had a tough month in June, with employment falling by 2,400. There was little change in manufacturing employment elsewhere. 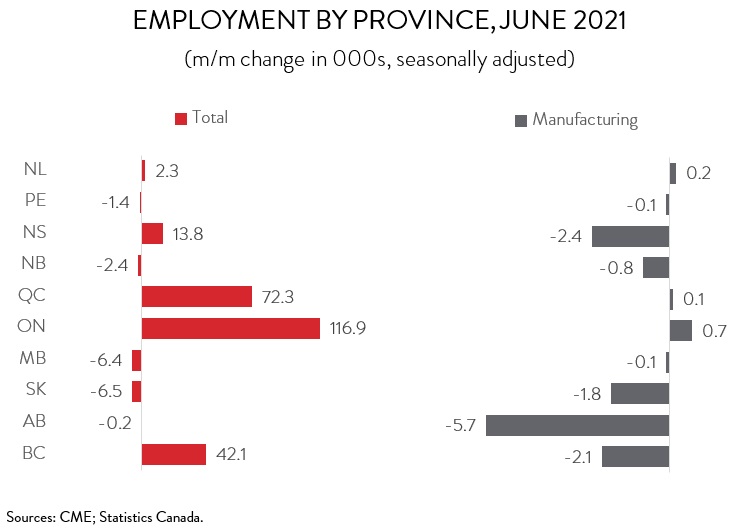