Employment rose a modest 10,100 (+0.1%) in November, the third consecutive monthly advance. Last month’s gains were all in full-time employment and more than offset a decline in part-time work. 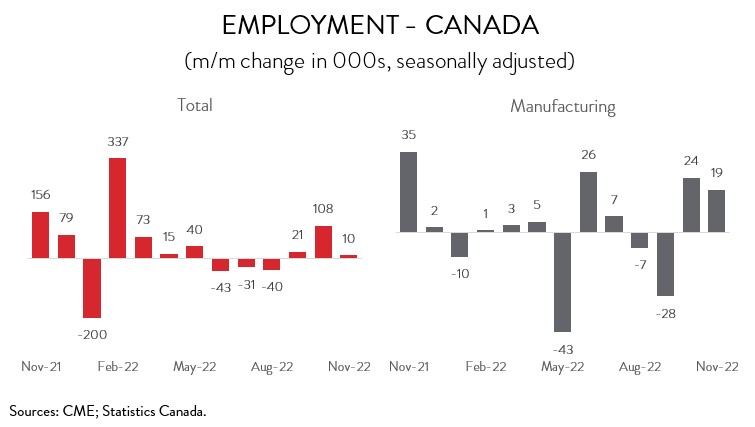 Although the headline employment figure was little changed in November, the jump in full-time work and the near-record low unemployment rate indicate that Canada’s labour market remains in decent shape. This has reinforced expectations that the Bank of Canada will deliver another interest rate hike at its December 7th meeting.

MANUFACTURERS ADD WORKERS FOR SECOND MONTH IN A ROW

As mentioned above, manufacturing employment increased by 18,500 (+1.1%) in November, building on the gain of 23,800 (+1.4%) in October. This is a marked turnaround from the previous five months when employment fell by almost 44,000. Put together, manufacturing employment was little changed on a year-over-year basis, with the workforce numbering 1.763 million in November. Still, the second straight month of solid job growth brought a dose of much-needed good news for the sector, which has seen many key indicators like GDP, exports, and sales tail off in recent months. 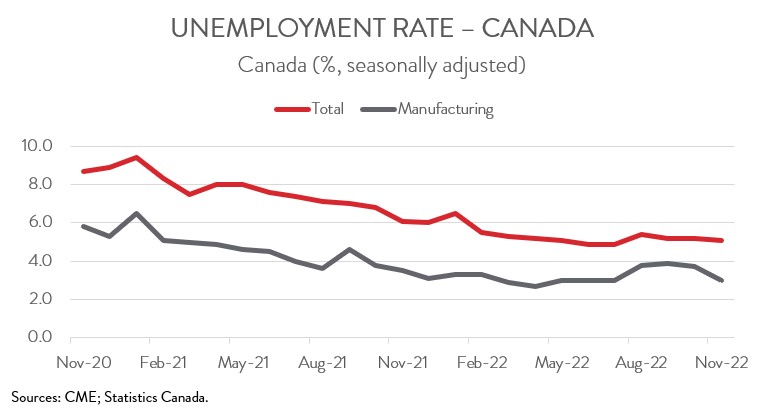 With many businesses across Canada continuing to struggle to find the workers they need, it is not a surprise that average hourly earnings in the overall economy continue to climb, rising for the fourth consecutive month by 0.5% in November. On a year-over-year basis, wage growth remained robust at 5.6%.

A similar story continues to unfold in manufacturing, but at a more extreme level, reflecting even tighter labour market conditions. Average hourly earnings rose 1.9% in November, the biggest one-month gain since January 2022. Accordingly, year-over-year wage growth accelerated to 6.9%, more than double the sector’s historical average of 2.5% and the fourth highest rate on record. 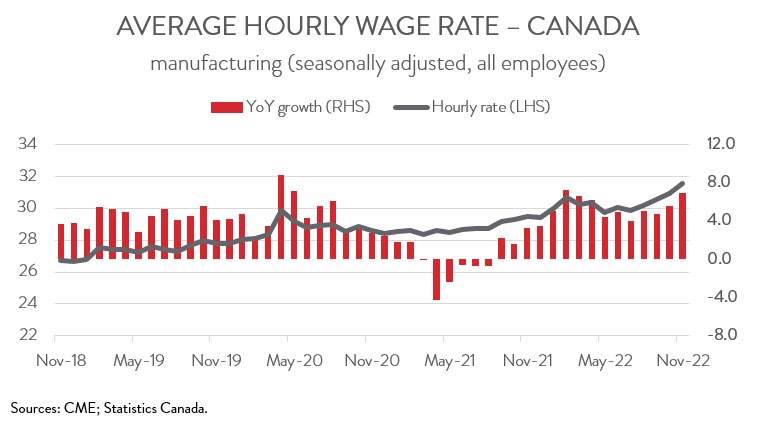 The increase in manufacturing employment spanned five of ten provinces, with the gains concentrated in Quebec (+10,200) and Alberta (+5,900). This was the fourth consecutive monthly advance for Alberta’s manufacturing sector, though it has yet to reach its pre-pandemic level. Proportionally, PEI (-1,500) posted the most significant decline in manufacturing payrolls. 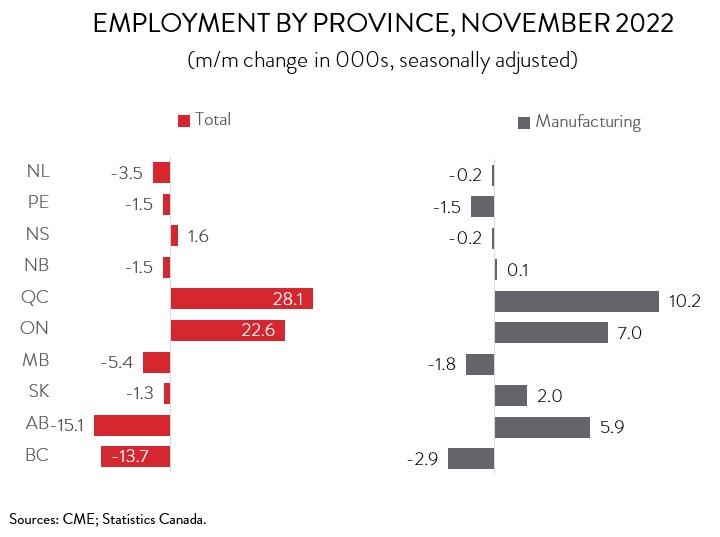