Employment plummeted by a record 1.01 million in March, as the first wave of coronavirus layoffs hit the economy. In fact, the previous record was a comparatively mild loss of 125,000 job in January 2009, during the height of the Great Recession. 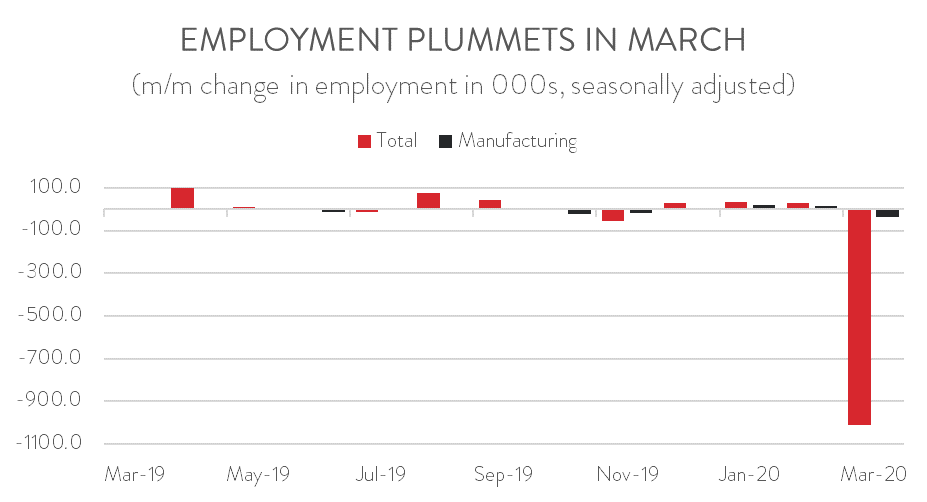 The manufacturing sector shed 34,500 jobs in March, far from a record decline. Given its status as an essential service, this industry has continued to operate through the crisis, producing the goods required to support Canadians at home and those on the front lines fighting COVID-19. In contrast, employment has fallen much more steeply in those industries that have been forced to close, including retail trade, educational services, information, culture and recreation, and accommodation and food.

Given this significant labour market disruption, it is not a surprise that total actual hours worked plunged by a record 15.1 per cent in March. This indicator tends to correlate with GDP growth, so the drop is a clear signal that the March GDP report will be similarly stunning. However, as bad as this report was, it doesn’t fully capture the impact of the COVID-19 outbreak, as the disruptions didn’t begin until the middle of the month. We should be prepared for another significant setback in April. 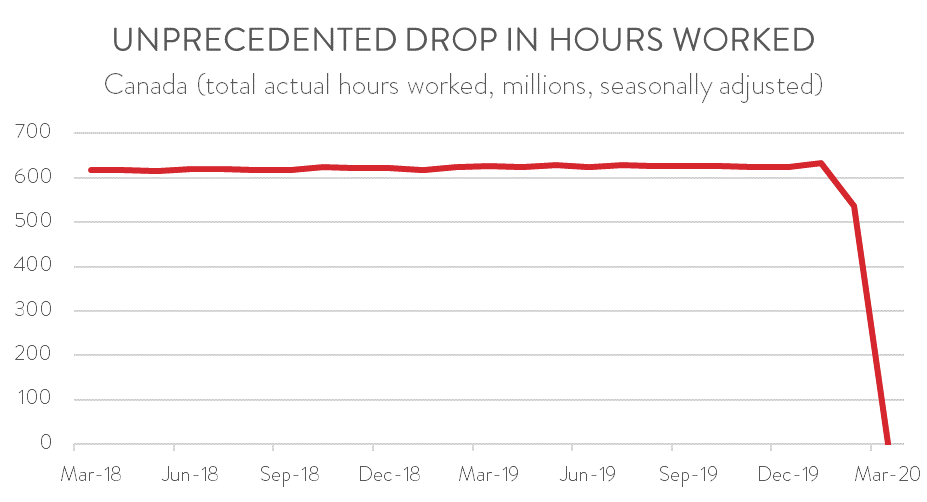 The unemployment rate rose by 2.2 percentage points to 7.8 per cent in March, the largest one-month increase since comparable data became available in 1976. Despite this record increase, it still understates the effect of the COVID-19 outbreak. Of those not in the labour force, 219,000 had worked earlier in March and still wanted a job but were not looking for one. Had these people been counted as unemployed, rather than being excluded from the labour force, the unemployment rate would have been 8.9 per cent.

Labour market conditions were comparatively more stable in manufacturing. This sector’s unemployment rate increased from 4.1 per cent in February to 4.5 per cent in March, albeit still the highest level since January 2017. 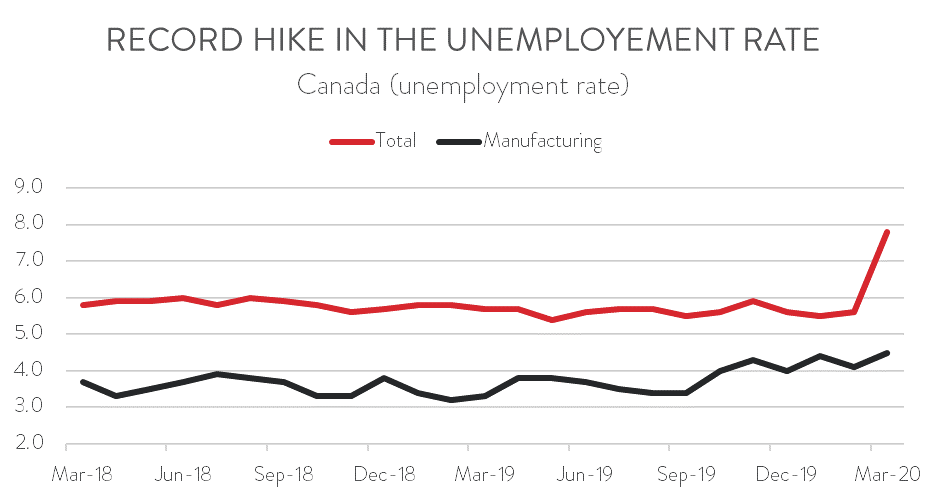 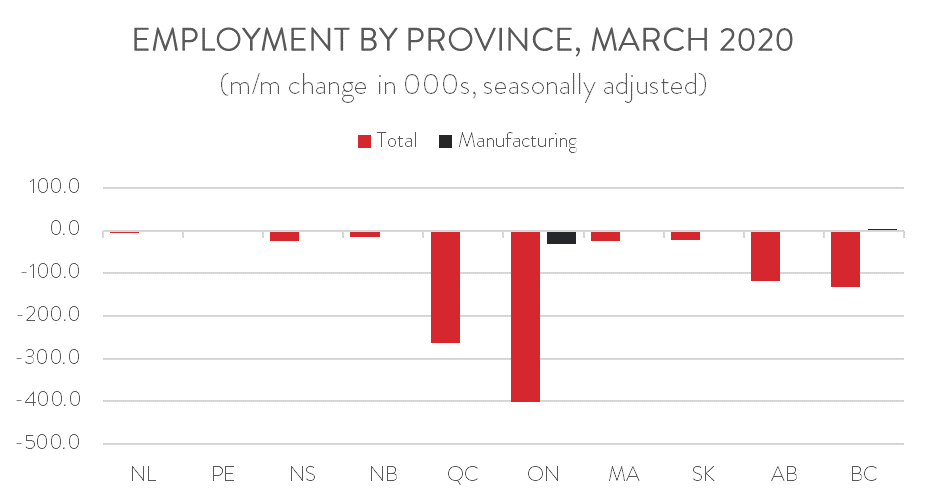