Manufacturing sales rose 0.3 per cent to $54.1 billion in October, bringing them to within 3.0 per cent of their pre-pandemic levels. However, sales in constant dollars were unchanged, indicating that the increase was driven entirely by higher prices. 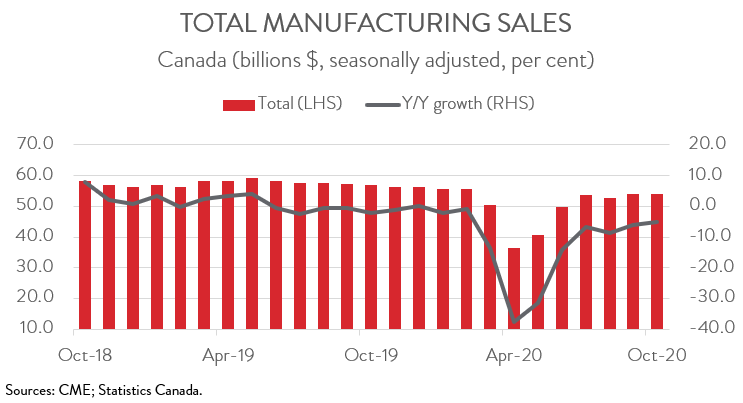 Today’s numbers came in below Statistics Canada flash estimate released just a few weeks ago, which projected a 0.6 per cent advance in October. Add to that the fact that forward-looking indicators were also weak, and this provides further evidence that the sector is losing steam. As with the overall economy, the manufacturing industry is likely feeling the effects of COVID-19’s second wave and stricter public health measures. On a positive note, the industry’s prospects will brighten once a sufficient proportion of the population has been vaccinated and everyday life gets closer to normal.

Sales were up in 8 of 11 major industries. Sales of paper products rose 5.4 per cent, the second straight monthly gain, thanks to strength in the pulp, paper and paperboard mills industries. As of October, paper product sales stood 5.1 per cent and 5.6 per cent, respectively, above their February and year-over-year levels. 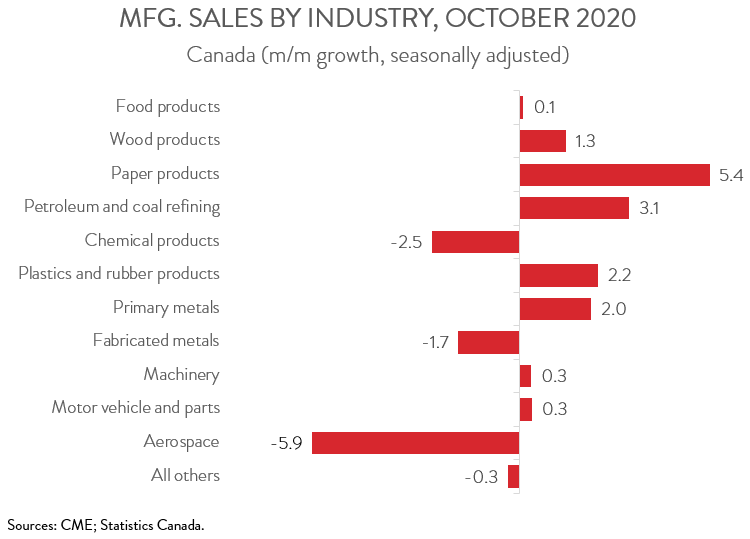 The woods product industry continued to build on strong gains in previous months, with sales rising 1.3 per cent in October. As a result, sales were more than one-third higher than in February and 45.7 per cent higher than in October 2019. This is far and away the strongest recovery of any major industry.

On a negative note, sales of chemical products fell 2.5 per cent, the first decline in three months. According to Statistics Canada, the decline was mostly attributable to lower sales of resin, synthetic rubber and artificial and synthetic fibres, as well as pharmaceuticals and medicine.

In addition, sales in the aerospace industry fell 5.9 per cent in October. Aerospace has been hit hard by the pandemic and the associated collapse in air travel. Sales in October were 25.1 per cent and 22.3 per cent, respectively, below February and year-ago levels.

Sales were also up in 7 of 10 provinces, with New Brunswick (+7.2 per cent) and BC (+1.5 per cent) making the biggest contributions to growth. BC’s gains were largely attributable to higher sales of paper and wood products. 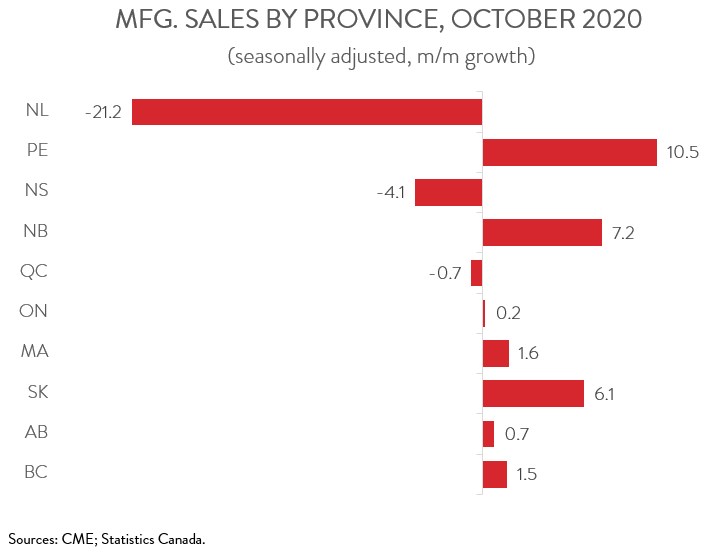 Following two straight monthly gains, total inventories declined 0.4 per cent to $86.5 billion in October. This, combined with the increase in sales, pushed the inventory-to-sales ratio down slightly from 1.61 in September to 1.60 in October. This ratio represents the number of months it would take to exhaust inventories assuming sales remain at their current level. 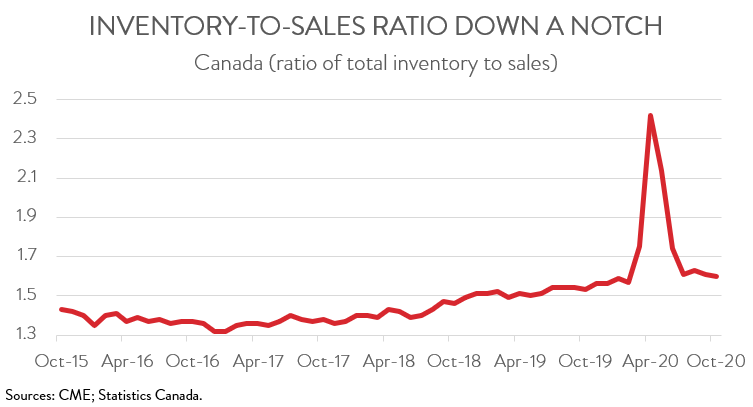 At the same time, new orders fell 3.9 per cent to $52.0 billion, the second decline in three months. The transportation equipment industry was largely responsible for the drop. 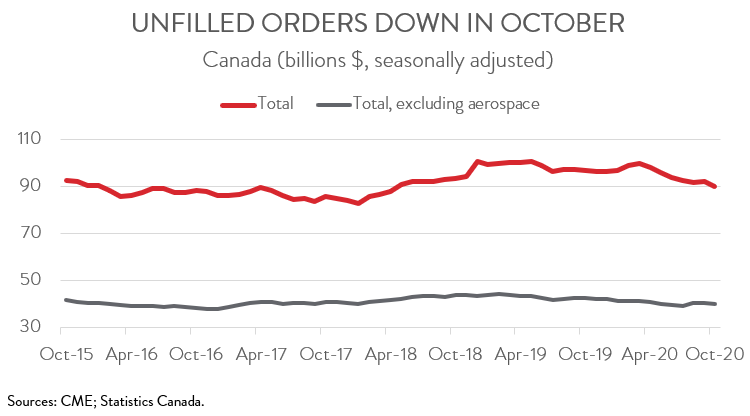 Finally, the sector’s capacity utilization rate dipped from 78.4 per cent in September to 77.8 per cent in October, though it remained above its February 2020 level of 76.4 per cent. 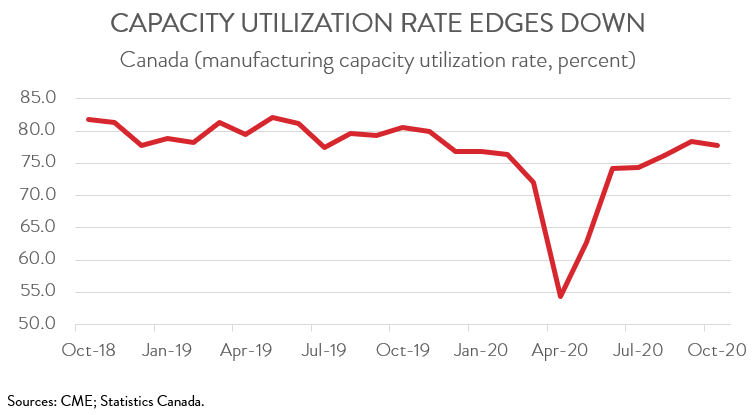