Factory Sales Decline for Third Month in a Row 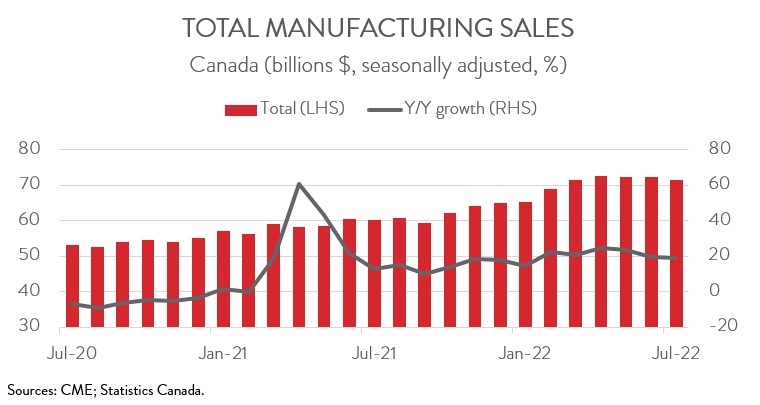 Although today’s report was largely disappointing, the declines were driven by lower prices. In volume terms, sales have increased for two straight months and are up 7.3% on a year-over-year basis. This suggests that Canada’s manufacturing sector has remained somewhat resilient in the face of ongoing headwinds including high production costs, snarled supply chains, workforce shortages, and a slowdown in the global economy.

SALES DOWN IN 6 OF 11 MAJOR INDUSTRIES

The decline in nominal sales spanned 6 of 11 major industries. The primary metal industry posted its largest decline on record, decreasing 9.9% to $5.6 billion in July, on lower prices and volumes sold. According to Statistics Canada, unplanned interruptions at some major primary metal manufacturers as well as concerns over a possible global economic slowdown affected the industry. 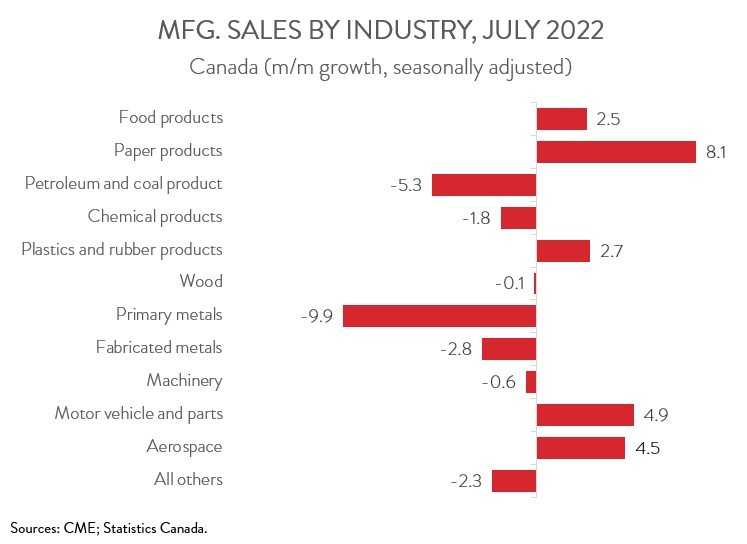 The declines were partly offset by increases in food manufacturing sales, which climbed 2.5% to a record high of $11.8 billion in July, mainly on higher sales in the grain and oilseed milling industry. At the same time, sales in the motor vehicle and parts sector rose 4.9% to $7.1 billion in July, the second consecutive monthly increase. Notably, sales of motor vehicle parts hit their third-highest level on record.

Regionally, sales were down in five of ten provinces in July. Quebec saw the steepest losses, with sales decreasing 3.4% to $17.6 billion, mainly on lower sales in the primary metal industry. This was the province’s first monthly decline this year.

In Alberta, factory sales fell 2.6% to $9.1 billion in July. This was the biggest month-over-month decline since April 2020 and was fueled by lower sales of petroleum and coal products. However, despite the big drop, total sales in July were up 26.3% on a year-over-year basis.

On a happier note, sales in New Brunswick climbed 9.6% to $2.5 billion in July, primarily on higher sales of non-durable goods. With this gain, factory sales in the province were 48.7% higher than the same month last year. 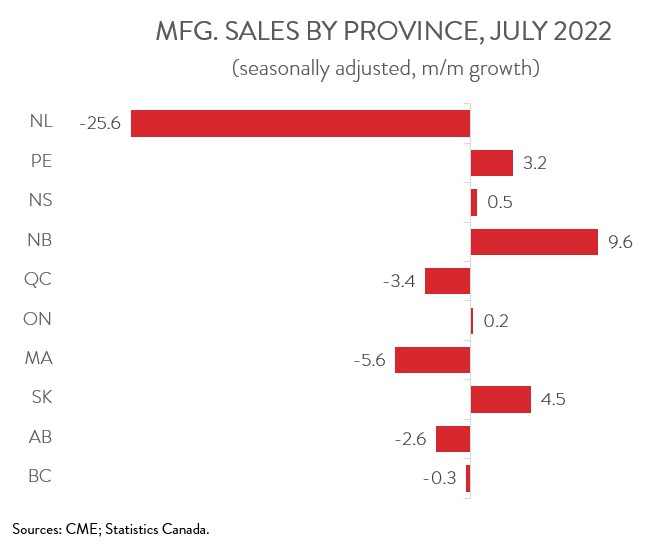 Total inventories continued their relentless upward march, increasing 1.2% to a new record high of $118.1 billion in July, up for the 19th month in a row. As noted by Statistics Canada, higher material prices have been the main contributor to the increase in inventories since the beginning of the COVID-19 pandemic.

As a result, the inventory-to-sales ratio increased from 1.61 in June to 1.65 in July, the highest point since September 2021. This ratio represents the number of months it would take to completely clear inventories assuming sales remain at their current level. 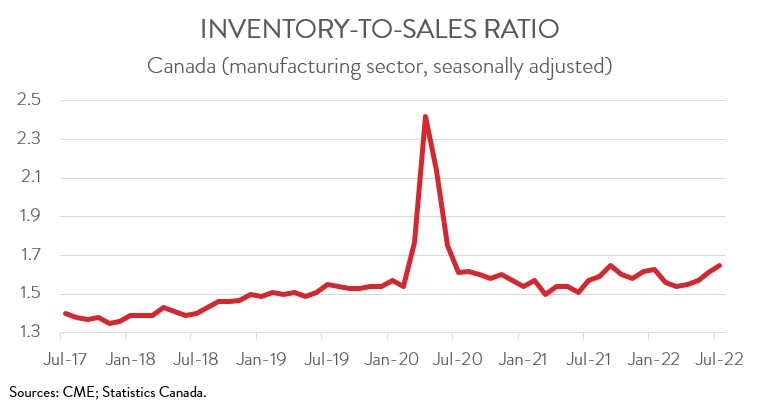 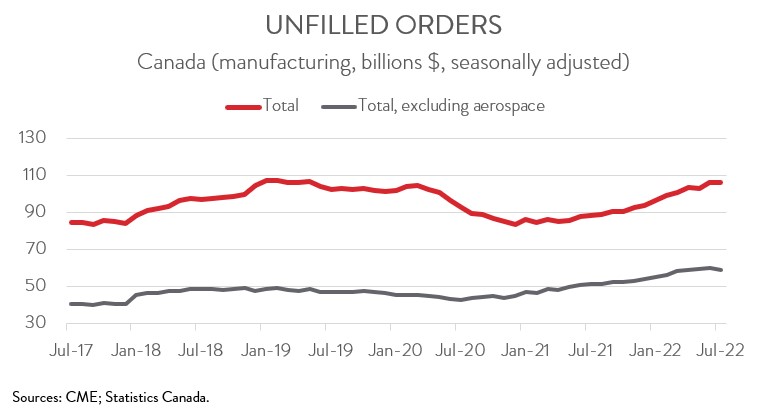 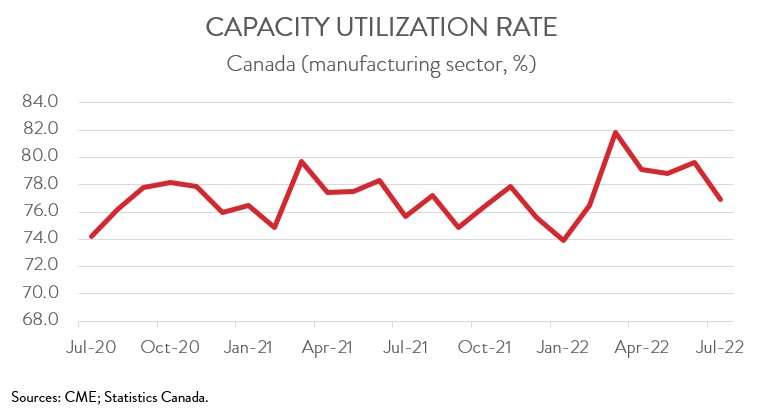