Manufacturing sales rose for the first time in six months in February, climbing by 0.5 per cent to $56.2 billion. Adjusted for inflation, the picture was brighter, with shipment volumes up 0.8 per cent. However, even with this gain, sales were still down 0.9 per cent on a year-over-year basis. 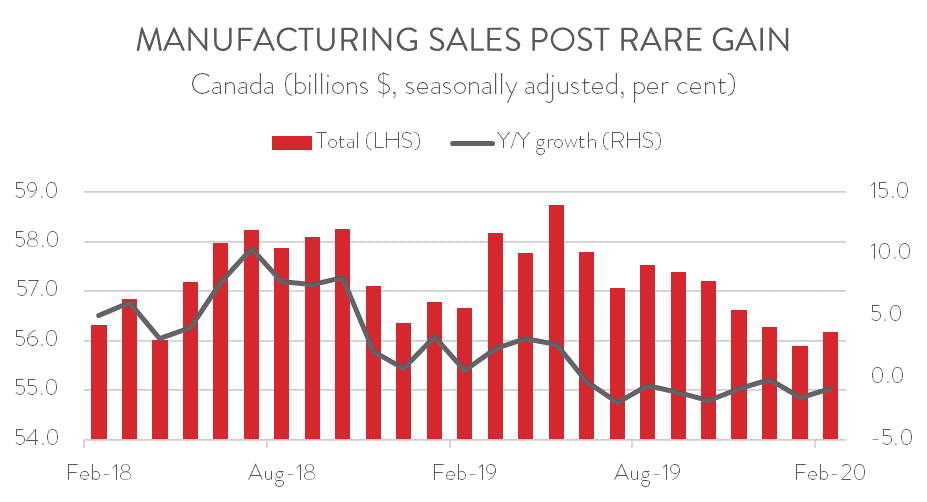 The February increase in manufacturing sales would have been even stronger were it not for the supply chain disruptions caused by the rail blockades and the coronavirus outbreak in China. Statistics Canada found that the combination of these two factors cut total sales by $465 million or 0.8 per cent in that month. In other words, without these disruptions, total manufacturing sales would have risen by an estimated 1.3 per cent in February.

Clearly, this positive sales momentum was not sustained in March, as the COVID-19 outbreak rapidly became a global pandemic. The outbreak has hampered manufacturing activity, with firms struggling with growing supply chain disruptions, weak demand for certain products, liquidity constraints, and health and safety concerns for workers. However, manufacturing has rightly been designated as an essential service, as it continues to produce critical goods for households and front-line workers. Therefore, its outlook is much brighter than other industries that have been restricted from operating under social distancing measures. Thankfully, fiscal measures announced to date show that the government is listening to the concerns of the manufacturing industry. CME will continue to work closely with all levels of government on the response to this ongoing crisis.

Seven of 11 major industries enjoyed an increase in sales in February. Motor vehicle and parts, rebounding from two tough months, boasted the largest gain at 8.1 per cent. As noted by Statistics Canada, the increase was attributable to the resumption of production at some assembly plants that had temporary shutdowns in January. Plastics and rubber products boasted the second largest increase at 4.3 per cent, its third gain in four months. At the other end of the spectrum, aerospace saw the largest decrease in sales at 9.3 per cent, followed by machinery at 6.0 per cent. 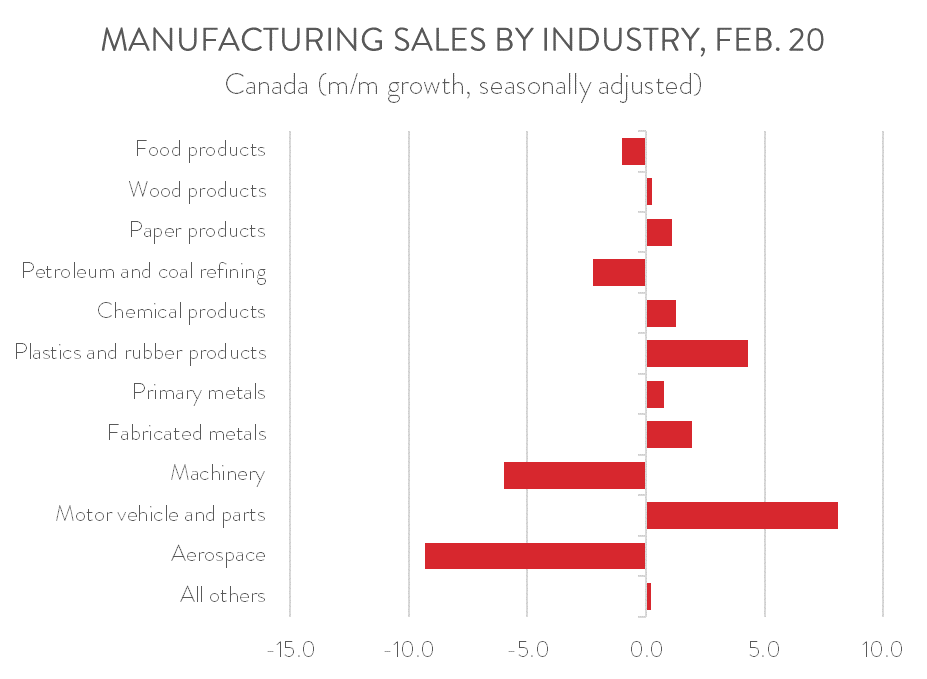 Only four provinces recorded a gain in sales in February. Ontario saw the largest absolute increase in sales, climbing from $25.4 billion in January to $26.1 billion in February, in line with the higher sales in motor vehicle and parts. Manufacturing sales in BC climbed by 3.7 per cent to $4.3 billion, thanks largely to higher sales in the wood product, non-metallic mineral product, fabricated metal product, and paper industries. On the other hand, manufacturing sales were sharply lower in Quebec, falling by 3.2 per cent to $13.8 billion. The decline was broad-based, with 14 of 21 industries reporting lower sales. 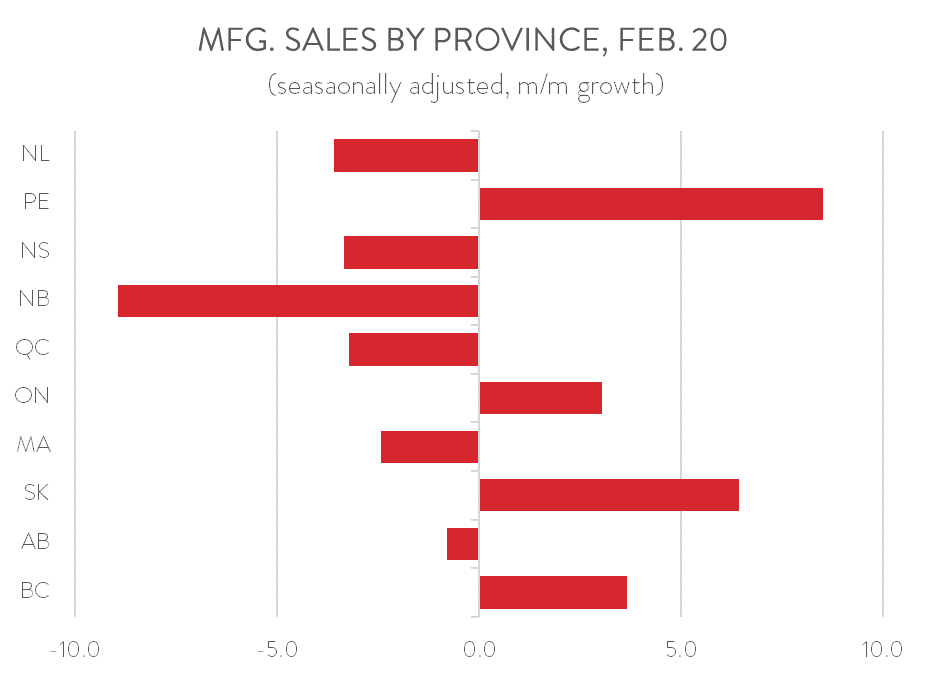 Unfilled orders were unchanged in February, holding steady at $97.5 billion. At the same time, new orders dipped by 0.5 per cent from $56.5 billion in January to $56.2 billion in February. On a positive note, the manufacturing sector’s capacity utilization rate edged up slightly from 76.9 per cent to 77.0 per cent. However, it remains well below its most recent peak of 84.2 per cent in March 2018. Finally, the inventory-to-sales ratio fell to a still-elevated 1.55, down from 1.57 in January. 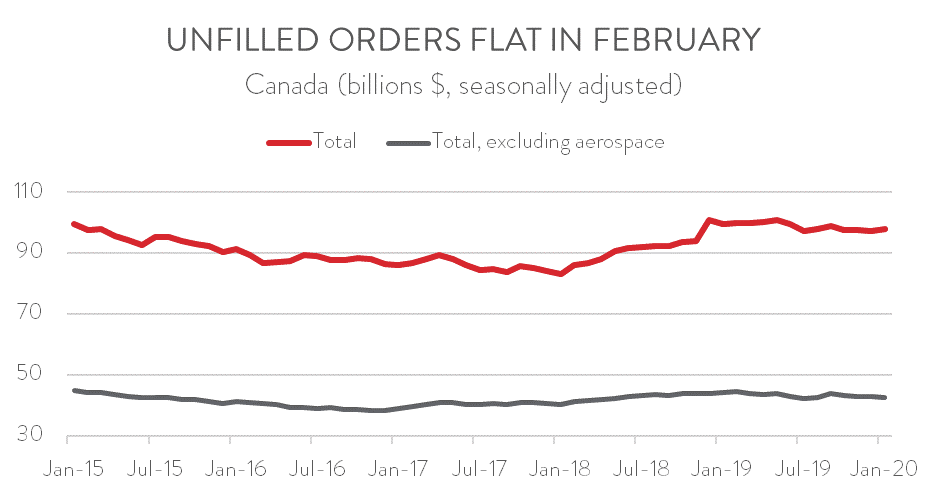