June was a solid month for the manufacturing sector as several oil refineries ramped up production, driving overall activity to a new monthly all-time high. While a scheduled refinery shutdown will knock back production levels in July, forward-looking indicators for the sector as a whole are strong – demand is healthy and work orders are full. 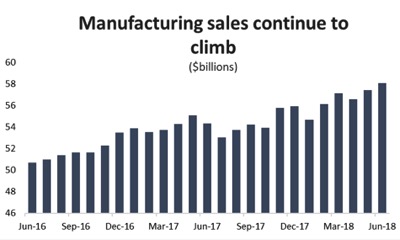 Building on a strong 1.5 per cent increase in May, total manufacturing output across the country jumped by another 1.1 per cent in June to reach a record $58.1 billion. Manufacturing sales have risen in five of the last six months and through the first half of 2018, are tracking 4.6 per cent higher than they were over the same period last year. 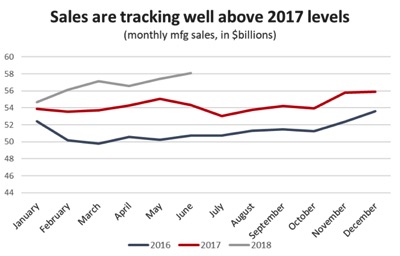 The surge in refinery output meant that month-over-month gains in manufacturing were largely in production volumes. Overall sales volumes were up 0.7 per cent, buoyed by a 15.9 per cent jump in physical refinery output. The down side to this, however, is that outside of refining, there was a modest decline in manufacturing output volumes in June.

While refining may have masked some weakness in other manufacturing industries, forward-looking indicators remain healthy, suggesting that the short-term outlook for the sector is strong. New manufacturing orders fell slightly in June, but that 1.8 per cent decline came after one of the strongest months on record. Driven by a spike in aerospace, new orders were valued at $60.7 billion in May – their highest level since a one-time spike in February 2014. New orders dipped to $59.6 billion in June as aerospace orders fell, but non-aerospace orders continued to strengthen, rising by 1.6 per cent after a 1.8 per cent increase in May. 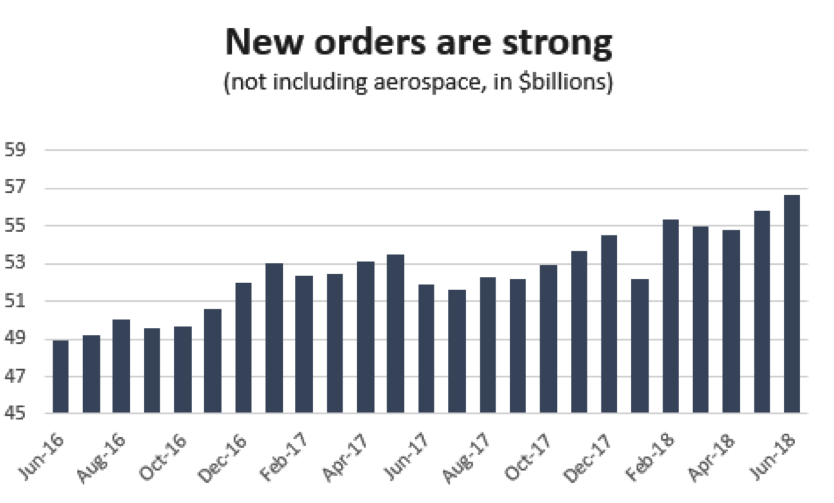 With all the new orders coming in, manufacturers are beginning to develop a significant backlog of work. Unfilled orders were up 1.7 per cent in June (1.2 per cent outside aerospace) to reach $94.2 billion. Compared to this same time last year, unfilled orders in manufacturing are up 9.1 per cent. While the growth is not as strong when the volatile aerospace sector is excluded, the volume of work on hand has been steadily increasing since the beginning of the year. 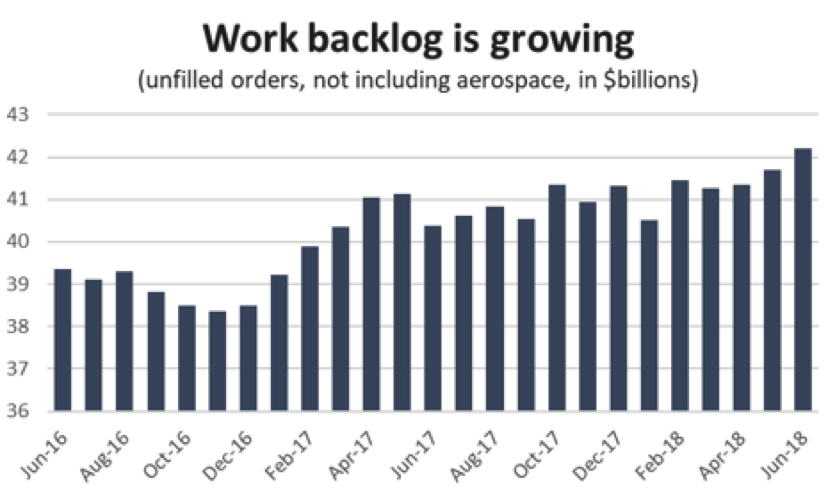 As mentioned several times already, the increase in manufacturing shipments in June was driven by petroleum refining. There were gains in other industry categories as well, however. Motor vehicles and parts output partially recovered from a slump in May, rising by 2.7 per cent to reach $8.2 billion for June. Even so, 2018 has not been a good year for the auto sector; output through the first half of the year is tracking 6.6 per cent below 2017 levels. There were smaller gains in shipments of fabricated metals, plastics and rubber products, and in forestry products. 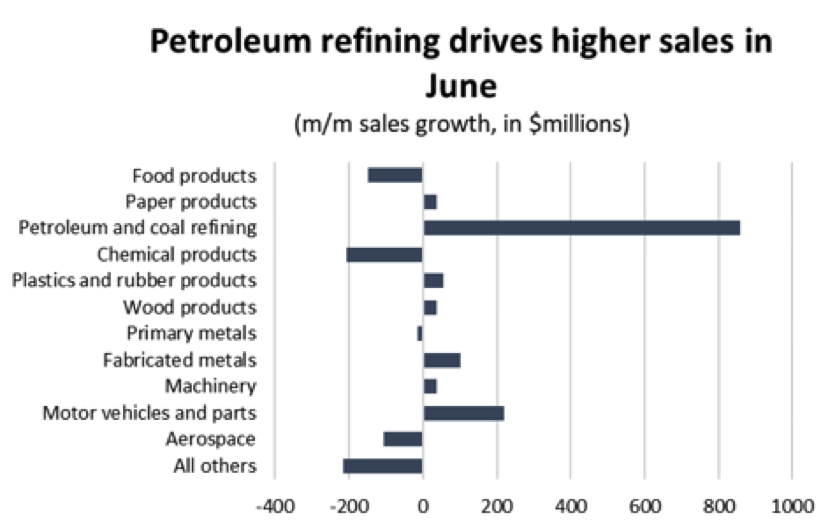 Meanwhile, June was a disappointing month for Canada’s largest manufacturing industry. Food processing activity fell by 1.7 per cent that month, ending an impressive growth streak that began in January. There was also a notable decline in chemicals production (4.5 per cent) and aerospace (5.3 per cent), as well as in some of Canada’s smaller manufacturing industries: beverages, computer and electronic products, printing, and textiles. 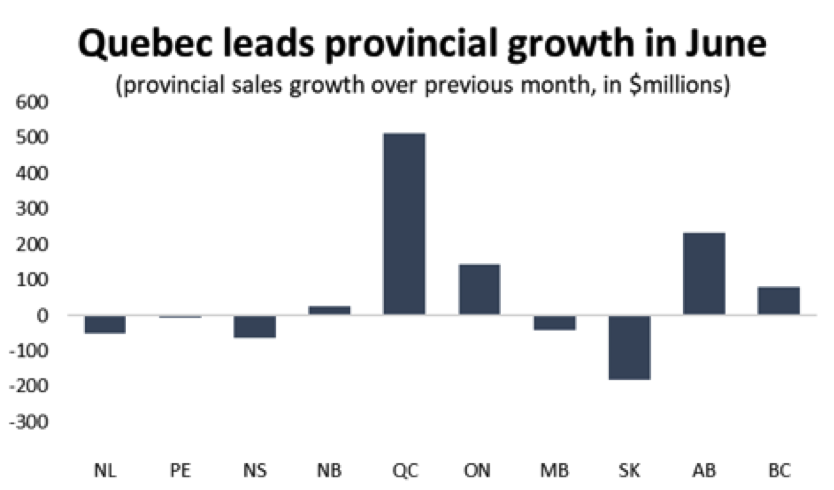 It was a mixed showing for manufacturing output growth across Canada in June, with five provinces posting gains and five, losses. In spite of lower aerospace production, Quebec led the way on the positive side last month. That province was one that had been affected by temporary refinery closures in April and May. With production resuming, monthly manufacturing output in the province jumped by 3.8 per cent to cross the $14.0 billion threshold for the first time ever. June was also a solid month for Alberta manufacturers, where output was about 3.7 per cent higher compared to May. At just below $6.5 billion, manufacturing output in that province is now at its highest level since October 2014. Output was also higher in Ontario, New Brunswick and BC, while it was down in the other Atlantic and Prairie provinces.