Canadian merchandise exports surged 8.7% to $53.8 billion in June, while merchandise imports fell 1.0% to $50.5 billion. In volume terms, the story was just as impressive: real exports advanced 7.0%, while real imports declined 2.2%. 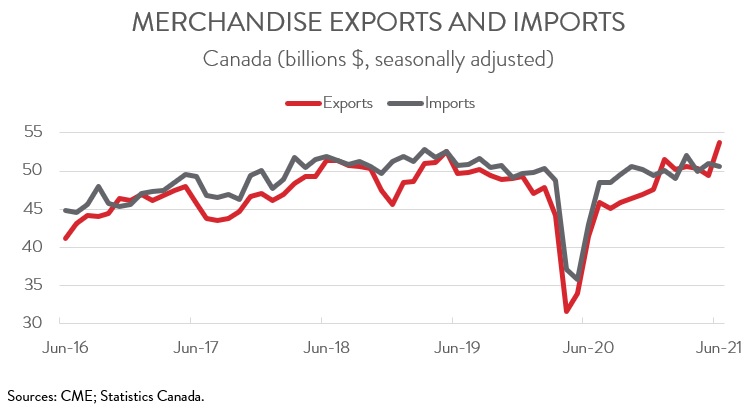 Canada’s merchandise trade balance returned to a surplus position in June, reaching $3.2 billion. As a result, Canada has posted trade surpluses in four of the first six months of 2021. Breaking the June numbers down, our trade surplus with the U.S. widened from $5.9 billion in May to $8.3 billion in June, while Canada’s trade deficit with the rest of the world narrowed from $7.5 billion to $5.1 billion. Our surplus with the U.S. was the largest since August 2008. 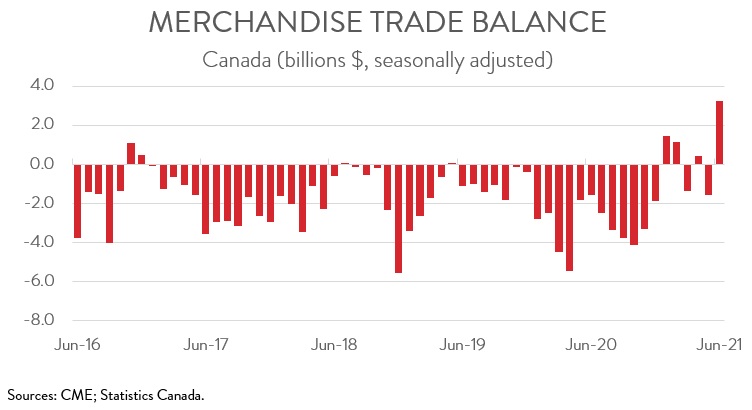 The increase in exports spanned 9 of 11 major commodity groups. Exports of energy products increased a robust 22.9% to $11.3 billion, the highest level since March 2019. The $2.1 billion rise accounted for almost half of the gain in total exports.

Exports of motor vehicles and parts rose 14.9% to $5.9 billion in June. While the industry has been hit hard by the global shortage of semiconductors, the impact of this shortage appeared to have eased slightly in June. As a result, work stoppages at Canadian assembly plants in June were less severe than in April and May. Nevertheless, despite the gain, exports of motor vehicle and parts in June were 21.3% lower than in February 2020.

Exports of metal and non-metallic mineral products increased 12.7% in June to a record $6.7 billion. Exports of unwrought gold, silver, and platinum group metals, and their alloys—a category mainly composed of gold—contributed the most to the gain.

On the negative side, exports of aircraft and other transportation equipment and parts fell 20.7% to $1.8 billion in June. With this decline, exports in June were 27.1% below the pre-pandemic level, making it the product category furthest from a full recovery. 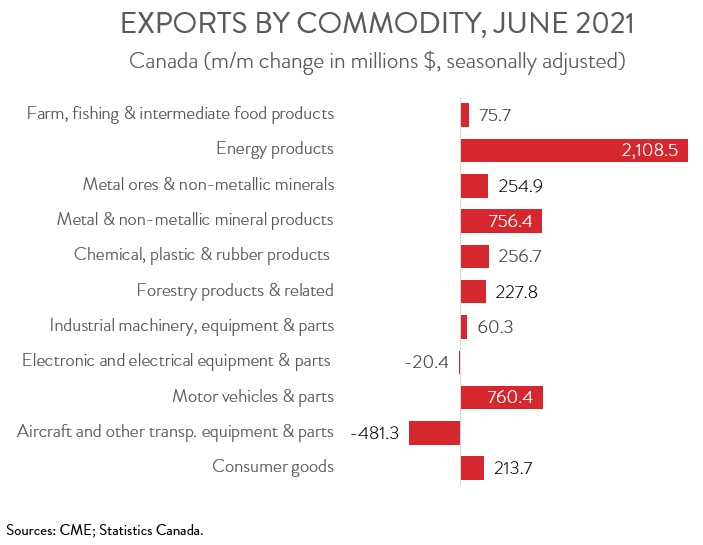 EXPORTS TO THE U.S. HIT A RECORD HIGH 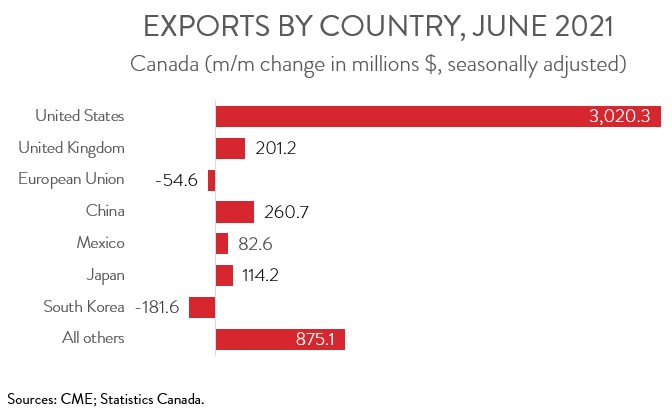