MERCHANDISE EXPORTS UP FOR SECOND STRAIGHT MONTH IN JULY

Canadian merchandise exports increased 0.6% to $53.7 billion in July, building on the 7.5% advance in June. Merchandise imports rose 4.2% to a record high of $53.0 billion, the strongest gain in four months. In volume terms, the picture was less rosy: real exports were down 0.3%, while real imports were up 1.9%. 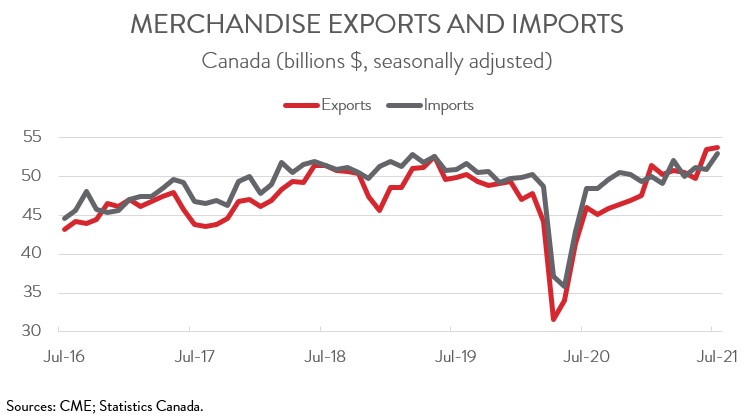 The drop in real exports in July provided more evidence that the Canadian economy got off to a slow start in the third quarter, following a decline in the previous quarter. While the economic outlook on balance remains positive, Canada’s manufacturers and exporters remain vulnerable to ongoing supply chain disruptions and the hit to demand from the spread of the Delta variant of the coronavirus. 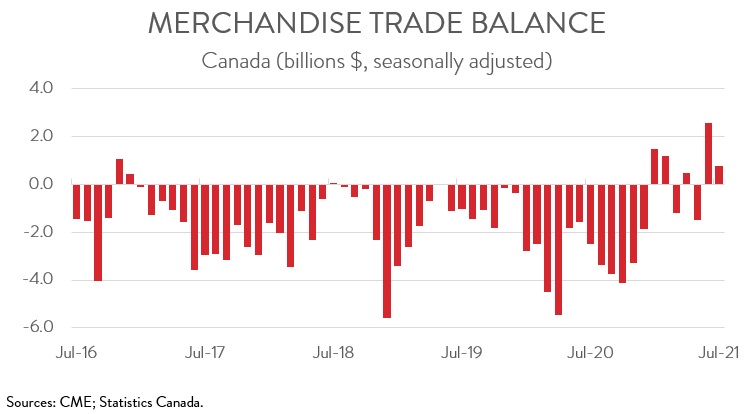 INCREASE IN EXPORTS DRIVEN BY MOTOR VEHICLE AND PARTS

The increase in exports spanned 7 of 11 major commodity groups. Exports of motor vehicles and parts rose 6.4% to $6.3 billion in July, building on the 16.0% gain in June. As noted by Statistics Canada, the effects of temporary summer stoppages at assembly plants in Canada were less pronounced this year compared with the years preceding the pandemic, as companies tried to make up for lower production in early months due to the ongoing global semiconductor shortage.

Unfortunately, these gains were almost entirely offset by a 12.7% decrease in exports of forestry products and building and packaging materials. This decline was attributable to lower exports of lumber and other sawmill products, which was entirely driven by a fall in prices. 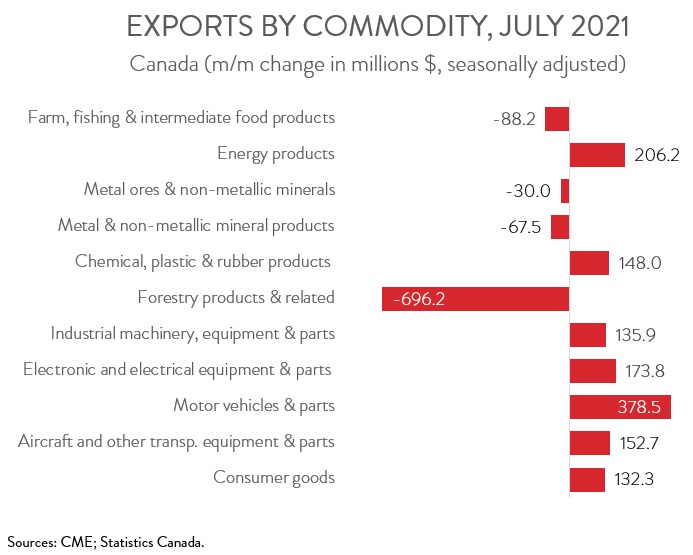 EXPORTS TO THE U.S. SET RECORD FOR SECOND STRAIGHT MONTH 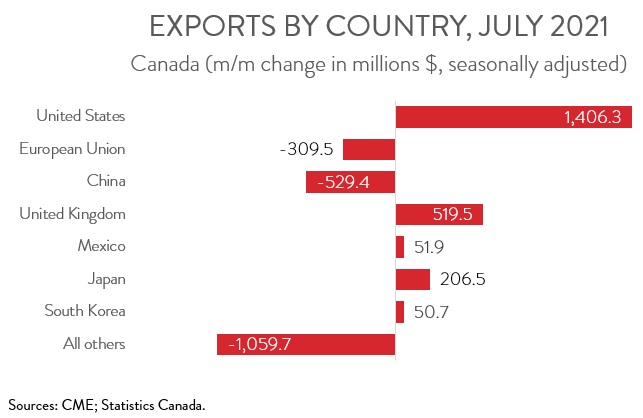