Canadian merchandise exports fell 0.9% to $57.6 billion in December, while merchandise imports jumped 3.7% to $57.7 billion. In volume terms, the picture was largely unchanged: real exports were down 0.2% and real imports were up 3.1%. 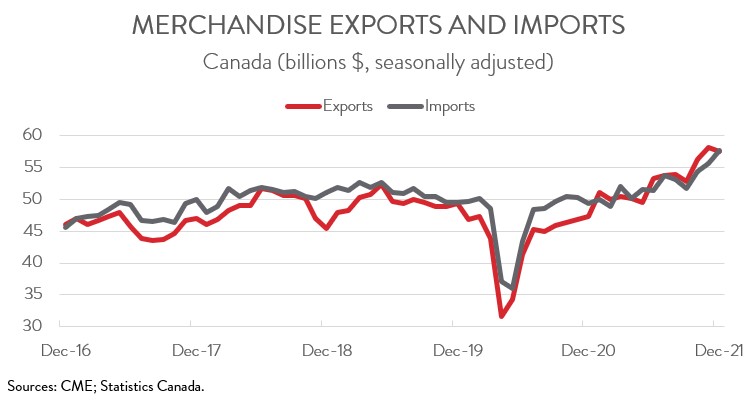 Despite persistent global supply chain disruptions, both exports ($637 billion) and imports ($631 billion) reached record highs in 2021. While export prices and import prices rose last year, the increase in export prices was substantially stronger, and this helped Canada post its first annual surplus ($6.6 billion) since 2014 and the largest since 2008. Still, trade activity is likely to remain bumpy over the near term, as manufacturers continue to grapple with labour shortages and supply chain disruptions, including those related to recent Canada-U.S. border protests. 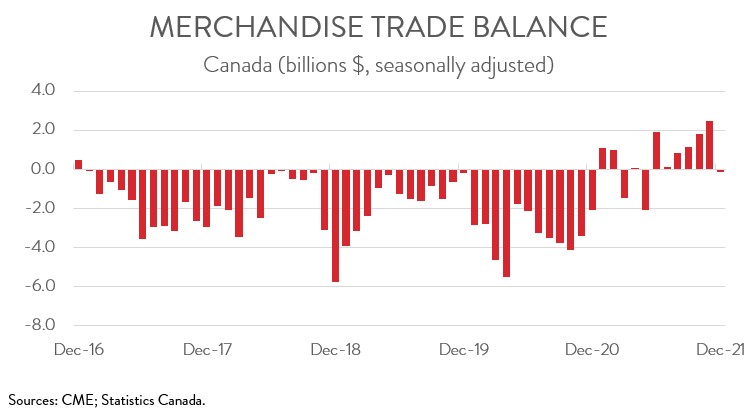 The decrease in exports spanned 5 of 11 product categories. Exports of energy products fell 5.9% to $13.6 billion in December, the first monthly decline since April. Crude oil exports contributed the most to the decrease, due to a sharp drop in prices. At the same time, coal exports fell for the second month in a row, as November’s floods continued to disrupt freight transport in B.C. Despite the tough end to the year, exports of energy products surged 82.8% on an annual basis in 2021, the largest annual increase among all product categories.

On the other hand, non-energy exports were up 0.7% in December. Consumer goods led the way, with exports rising 4.3% to $7.5 billion, attributable to higher exports of pharmaceutical products. In November, large shipments of medication for the treatment of COVID-19 arrived in Canada for packaging and labelling, and some of this medication was subsequently exported in both November and December. 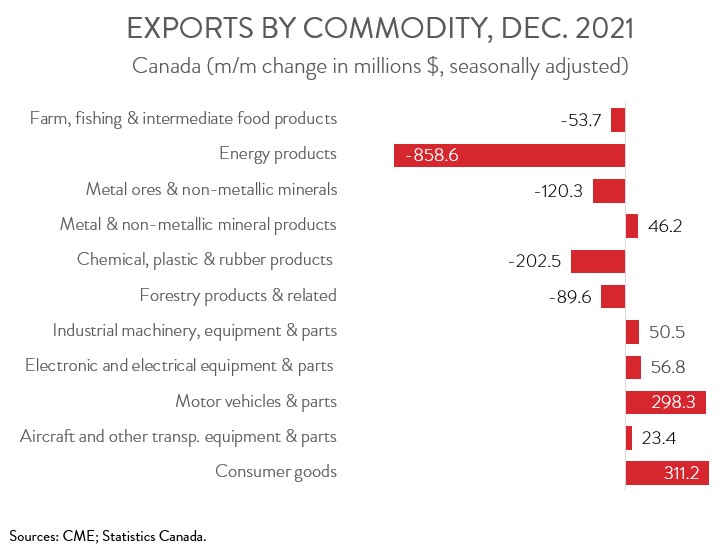 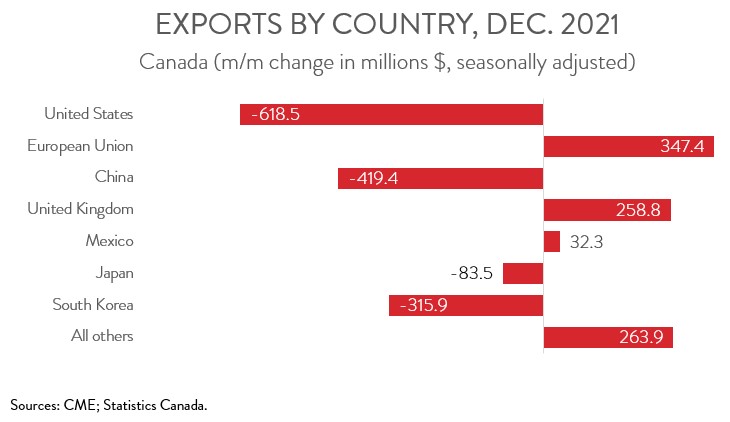