Canada’s Trade Balance Swings Back to Surplus, as Imports Fall Faster than Exports

EXPORTS EDGE DOWN 0.2% IN JANUARY, WHILE IMPORTS TUMBLE 7.4%

Canadian merchandise exports fell 0.2% to $56.6 billion in January, while merchandise imports tumbled 7.4% to $54.0 billion. The story was even less encouraging after removing price effects. In volume terms, real exports and real imports were down 4.6% and 8.5%, respectively. 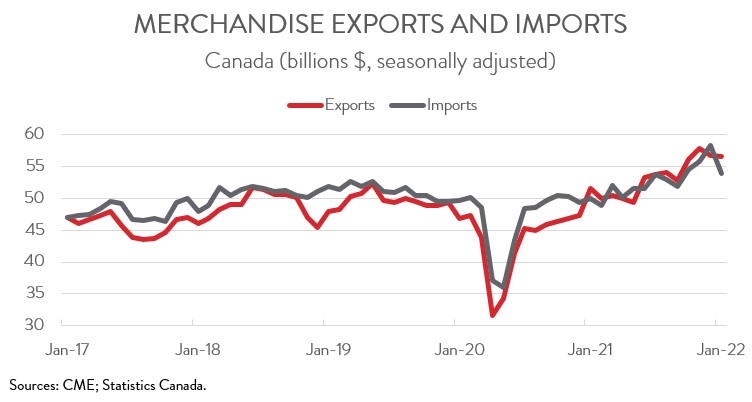 Widespread inflation boosted both exports and imports in January, as volumes were much weaker than the headline numbers. Rising energy prices, which were a key driver of this dynamic, are expected to continue to buoy Canada’s exports over the near term. That said, merchandise trade volumes are likely to remain weighed down by ongoing labour shortages and supply chain disruptions. 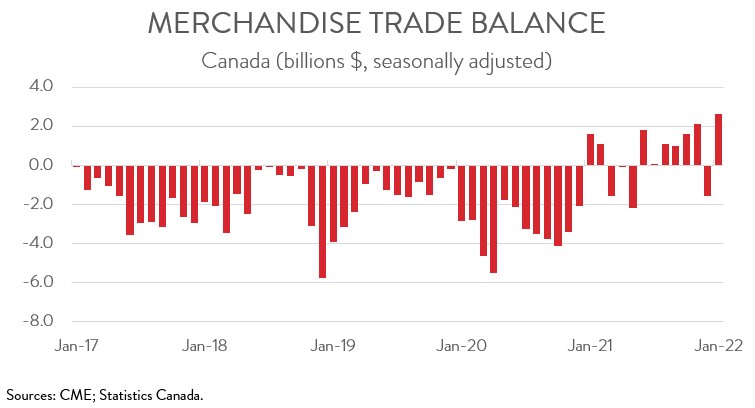 DECREASE IN EXPORTS DRIVEN BY MOTOR VEHICLES AND PARTS

The decrease in exports spanned 7 of 11 product categories. Following three months of gains, exports of motor vehicles and parts fell 9.6% to $6.2 billion in January. Supply chain issues continued to affect the Canadian auto industry in January, forcing most auto manufacturers to reduce production.

Exports of aircraft and other transportation equipment and parts also had a tough month, decreasing 25.8% to $1.3 billion in January. The decline in aircraft exports was especially steep, down 57.3% to $284 million, the lowest level since January 2018.

On the positive side, these declines were almost entirely offset by higher exports of energy products, which increased 8.7% to $13.8 billion in January, following an 11.8% decline in December. Higher exports of natural gas contributed the most to the gain, thanks mainly to higher prices. Exports of coal also rose sharply in January after steep declines in the final two months of 2021, attributable to the BC floods that disrupted transportation lines on the west coast. 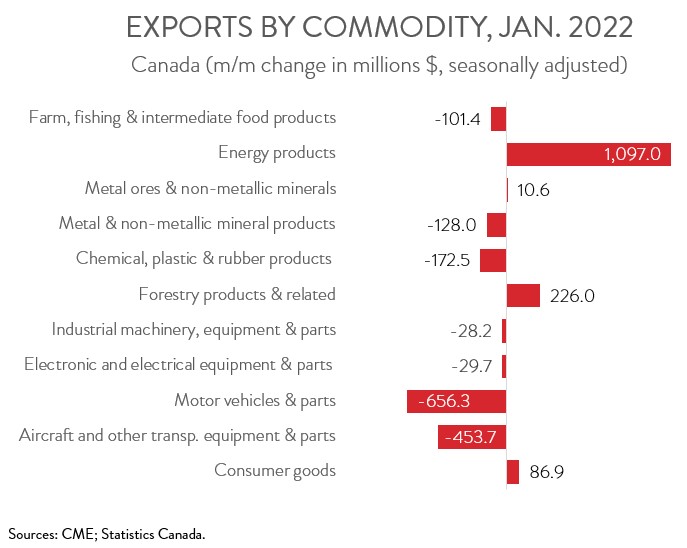 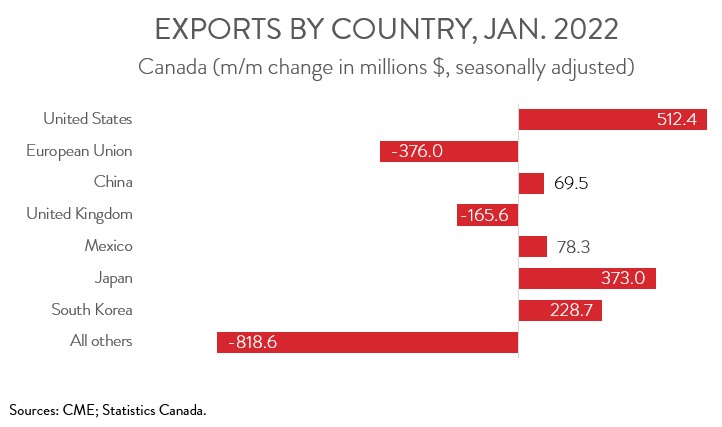