EXPORTS AND IMPORTS BOTH RISE IN FEBRUARY

Canadian merchandise exports rose 2.8% to an all-time high of $58.7 billion in February, while merchandise imports climbed 3.9% to $56.1 billion. In volume terms, real exports and real imports were up 0.5% and 2.0%, respectively. Notably, Statistics Canada found that border blockades had little impact on export and import volumes in February, as most road shipments were rerouted. 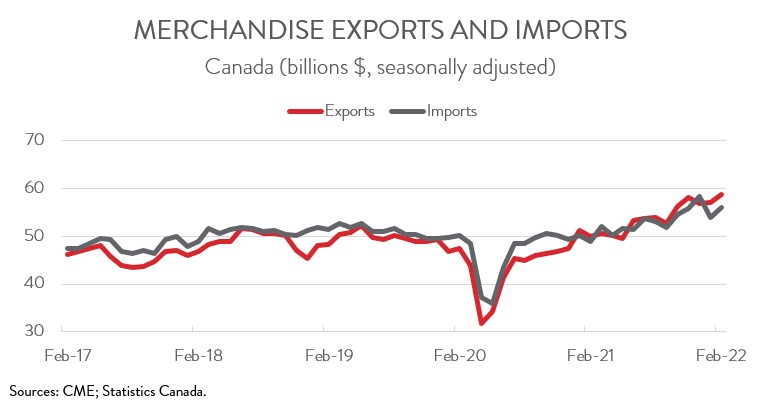 As in January, widespread inflation boosted both exports and imports in February. In particular, higher crude oil prices propelled energy exports to a record high, with this one product category accounting for more than two-thirds of the total increase in exports. Given that commodity prices surged after Russia invaded Ukraine on February 24, higher inflation will continue to buoy nominal exports in March. 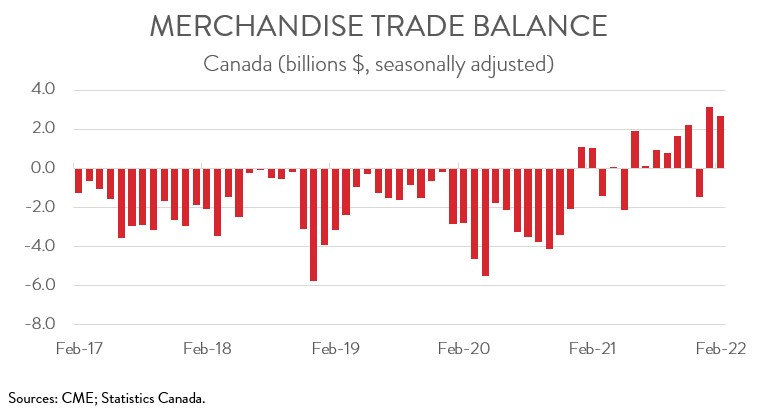 The increase in exports spanned 8 of 11 product categories. Exports of energy products rose 7.8% to a record high of $15.4 billion in February, accounting for more than one-quarter of total exports. Exports of crude oil contributed the most to the growth, thanks largely to higher prices.

On the negative side, exports of consumer goods decreased 11.4% to $6.8 billion in February. After posting record highs in the previous three months, exports of pharmaceutical products returned to more typical levels in February.

At the same time, exports of motor vehicles and parts fell 5.0% to $5.8 billion, down for the second month in a row, as the auto industry continues to be hampered by supply chain issues and semiconductor shortages. 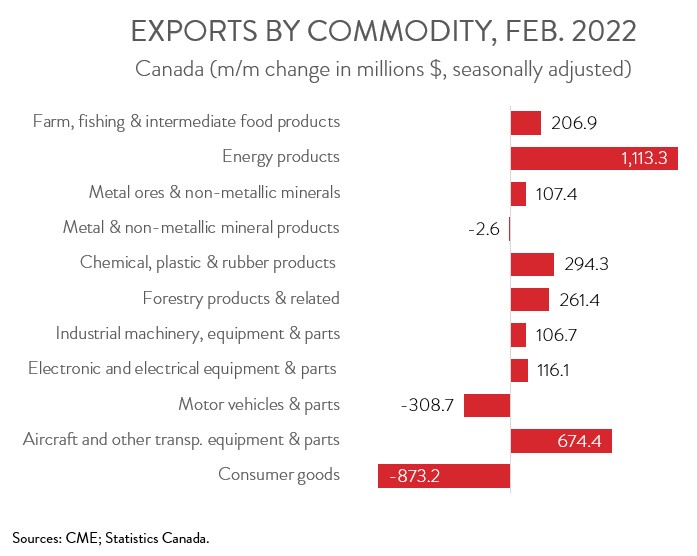 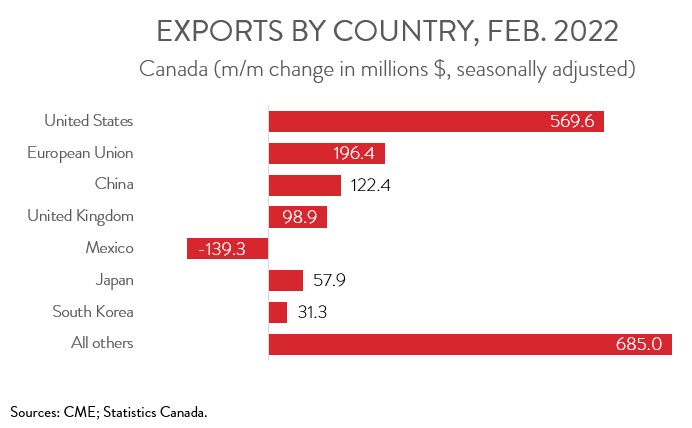