After two months of strong increases, Canadian merchandise trade activity slowed in April. Total exports rose 0.6% to $64.3 billion, while imports climbed 1.9% to $62.8 billion. The increase in both exports and imports was entirely due to higher prices, as real exports and real imports were down 2.1% and 0.4%, respectively. 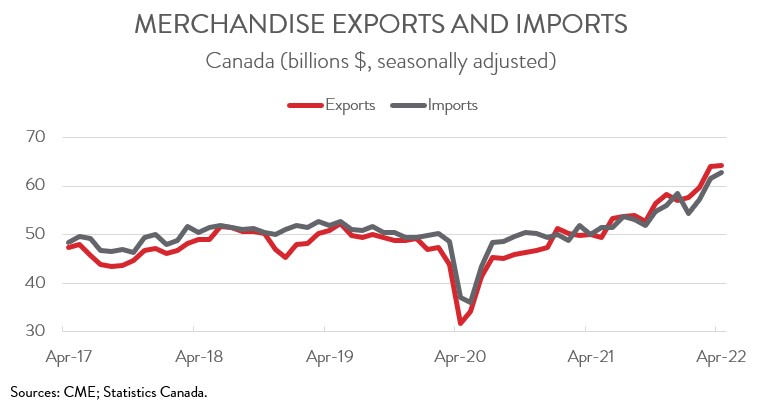 Although today’s report was disappointing, the slowdown in export activity is likely to be temporary. Higher commodity prices should provide a boost to commodity-based exports, while a further easing in supply chain disruptions should support exports of manufactured goods. 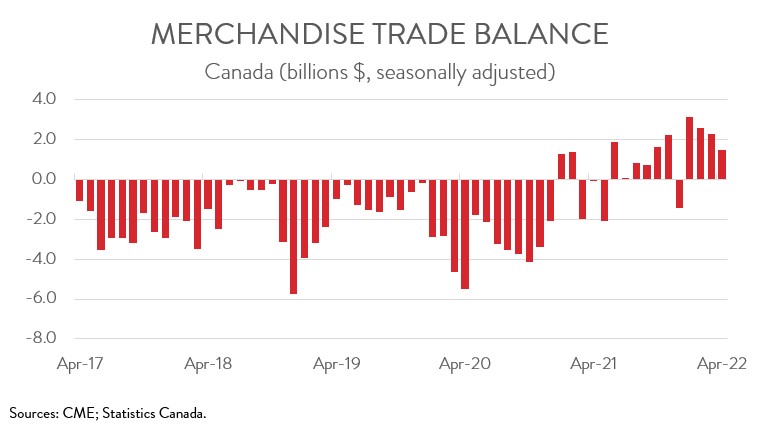 The increase in exports spanned 7 of 11 product categories. Exports of consumer goods rose 5.0% to $7.5 billion in April, building on the 5.3% gain in March. The increase in April was driven by higher exports of prepared and packaged seafood products, which in turn was attributable to higher crab prices and volumes.

Exports of motor vehicles and parts climbed 3.9% to $7.1 billion in April, the highest level since October 2020 and the sixth increase in seven months. This is yet another positive sign that semiconductor shortages are continuing to ease for the auto sector.

On the negative side, exports of aircraft and other transportation equipment and parts nosedived 16.9% to $1.6 billion in April. In particular, aircraft exports fell steeply, mainly due to lower exports of business aircraft.

At the same time, exports of energy products decreased 0.9% to $18.0 billion in April, down for the first time in four months. Export volumes of crude oil recorded a notable decline, weighed down by planned maintenance shutdowns at oil sands upgrader facilities in Alberta. 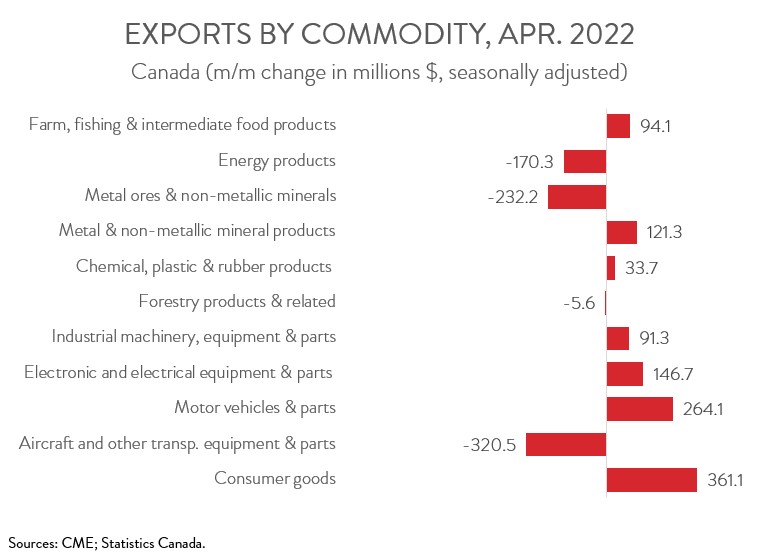 CANADIAN EXPORTS TO THE U.S. UP FOR FOURTH STRAIGHT MONTH 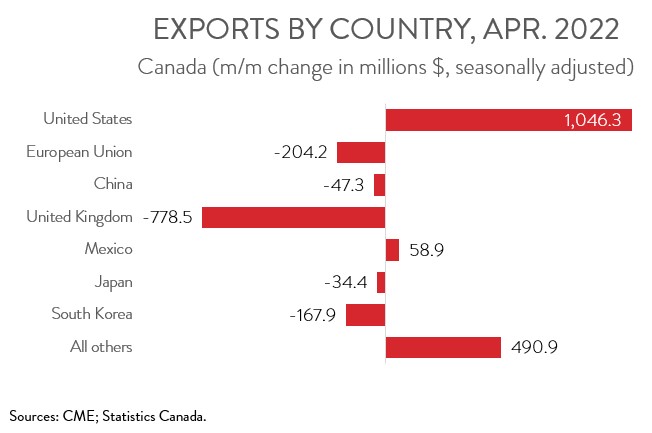