EXPORTS AND IMPORTS BOTH DOWN IN JULY

Canadian merchandise exports fell 2.8% to $68.3 billion in July, the first monthly decline this year. At the same time, merchandise imports slumped 1.8% to $64.2 billion, down for the first time since January. The decline in nominal exports was entirely driven by a sharp decrease in prices, as export volumes were actually up 1.7%. In contrast, import volumes decreased 1.4% in July. 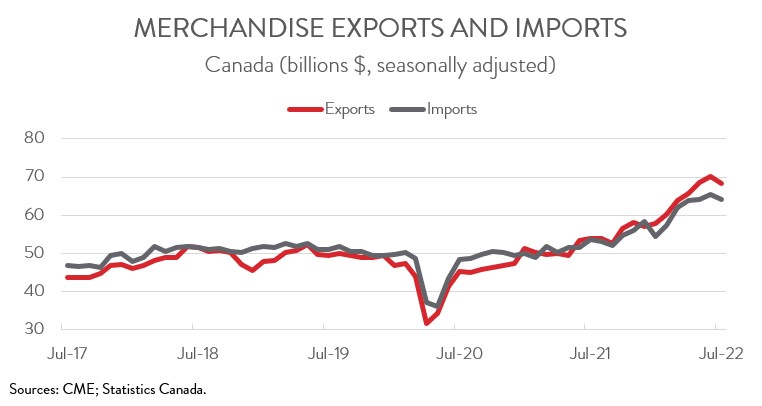 This year’s impressive export growth performance and large trade surpluses have been largely driven by higher commodity prices. However, Canada’s trade surplus narrowed in July in the wake of declines in prices for both oil and natural gas. With oil prices remaining on a downward trend in August and early September, the trade surplus will likely narrow further. At the same time, Canada’s export activity is expected to moderate over the near term as global demand weakens. 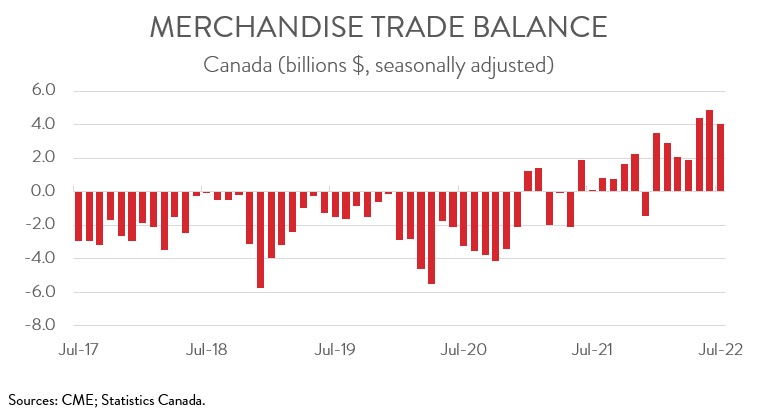 EXPORTS OF CONSUMER GOODS DECLINE THE MOST

The decrease in exports spanned 6 of 11 product categories. Exports of consumer goods declined the most, falling 14.3% to $7.0 billion. The decrease was attributable to a steep drop in exports of pharmaceutical products, which returned to more normal levels after rising sharply in June. Canada exported large quantities of COVID-19 medication in June, but these shipments were not repeated in July.

Exports of energy products declined 4.2% to $20.4 billion in July, the first monthly decrease of the year. The drop was fueled by a substantial decline in oil prices. In real terms, crude oil exports were up for the second consecutive month.

Also in July, exports of metal and non-metallic mineral products slumped 8.4% to $7.1 billion. The decline was largely the result of lower exports of unwrought aluminum and aluminum products, coinciding with an increase in output from China that bolstered global supplies.

On a positive note, exports of motor vehicles and parts increased 9.4% to $7.2 billion, up for the first time in three months. At the same time, exports of farm, fishing and intermediate food products rose 9.1% to $4.4 billion. The increase was mainly due to higher exports of wheat, thanks to strong global demand and improved growing conditions relative to last year. 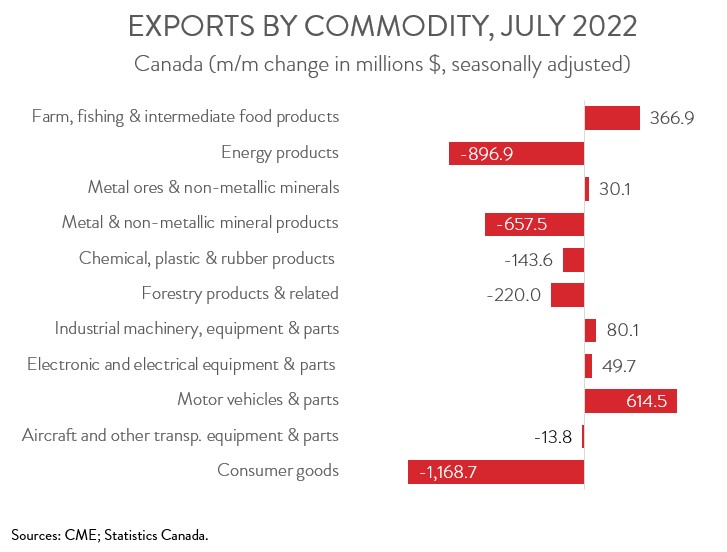 CANADIAN EXPORTS TO THE U.S. DECREASE FOR FIRST TIME THIS YEAR 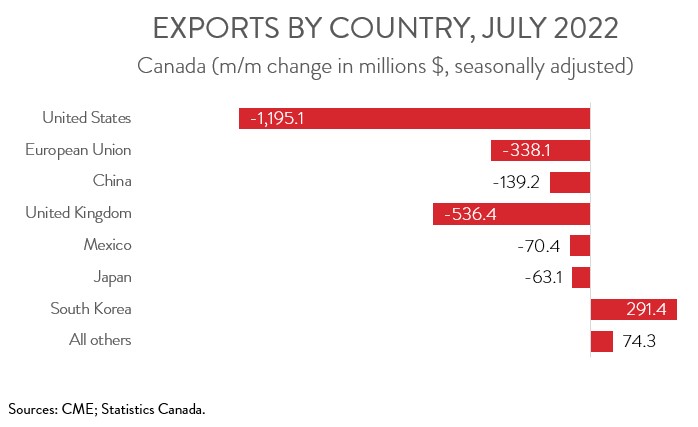