EXPORTS AND IMPORTS DOWN FOR SECOND STRAIGHT MONTH

Canadian merchandise exports fell 2.9% to $65.4 billion in August, while merchandise imports declined 1.7% to $63.9 billion, both down for the second month in a row. The story was also discouraging after removing price effects. In volume terms, real exports and real imports were down 1.3% and 0.7%, respectively. 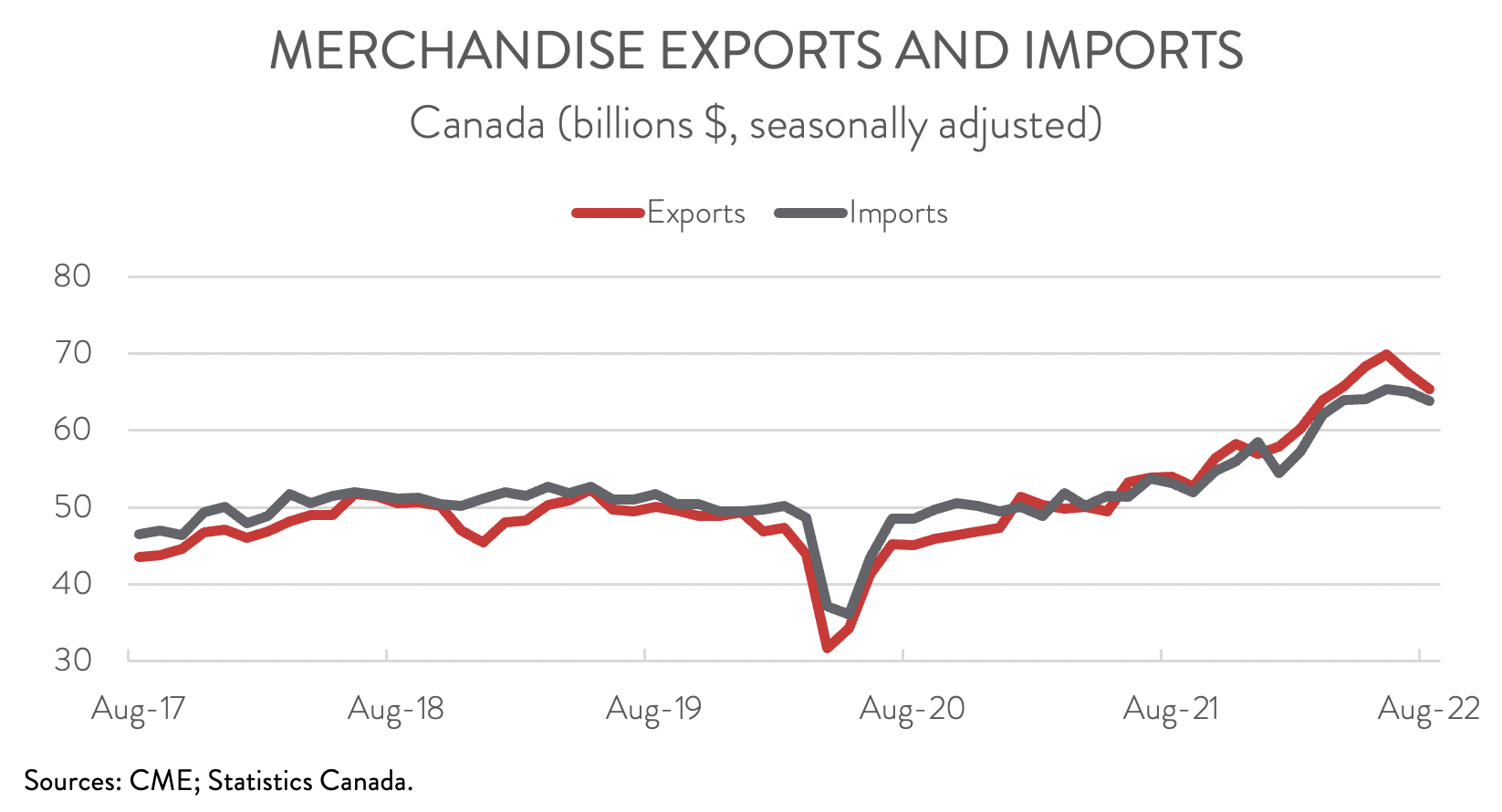 Today’s disappointing release was not a huge surprise given that the global economy has been slowing down and commodity prices have been moving lower. But with oil prices stabilizing and Canadian farmers on track to produce a better crop this year, commodity exports could see some growth over the near term. On the other hand, manufacturing exports will struggle to make gains, given the weak global economic backdrop and ongoing challenges including labour shortages and supply chain disruptions. 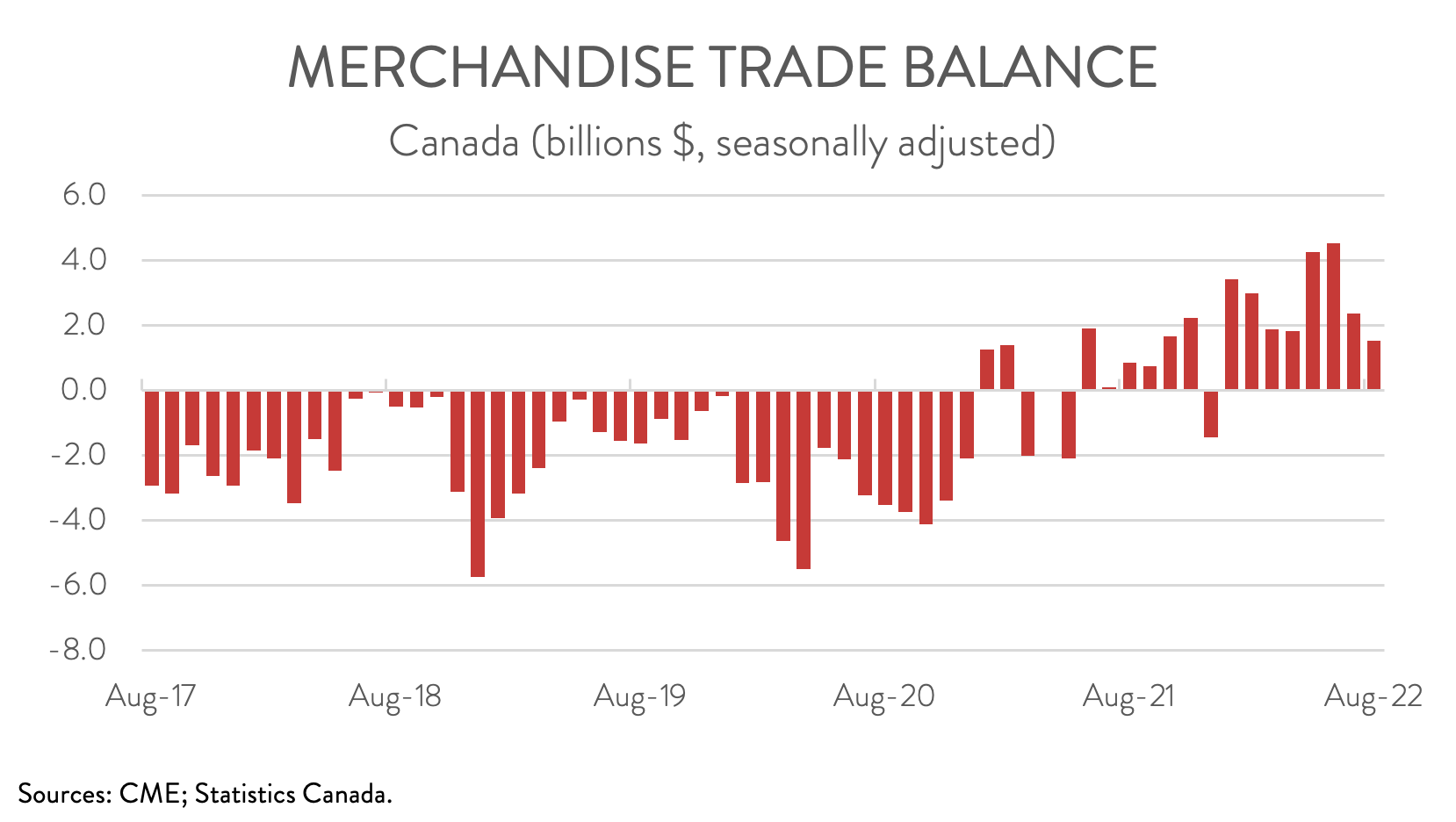 The decrease in exports spanned 7 of 11 product categories. Exports of energy products fell for the second straight month, down 6.0% to $18.4 billion in August. Exports of crude oil declined the most, largely on lower prices that coincided with increased global production and heightened concerns about a global economic slowdown.

Non-energy exports also had a tough month, declining 1.7% to $47.0 billion in August. After rising 10.2% in July, exports of farm, fishing and intermediate food products decreased 7.1% to $4.1 billion in August. Wheat and canola both experienced large declines, attributable to low inventories following strong exports in prior months.

Exports of consumer goods decreased 3.7% to $6.8 billion in August, falling for the second month in a row. As was the case in July, the decline in August was driven by lower exports of gold bars to the U.S. 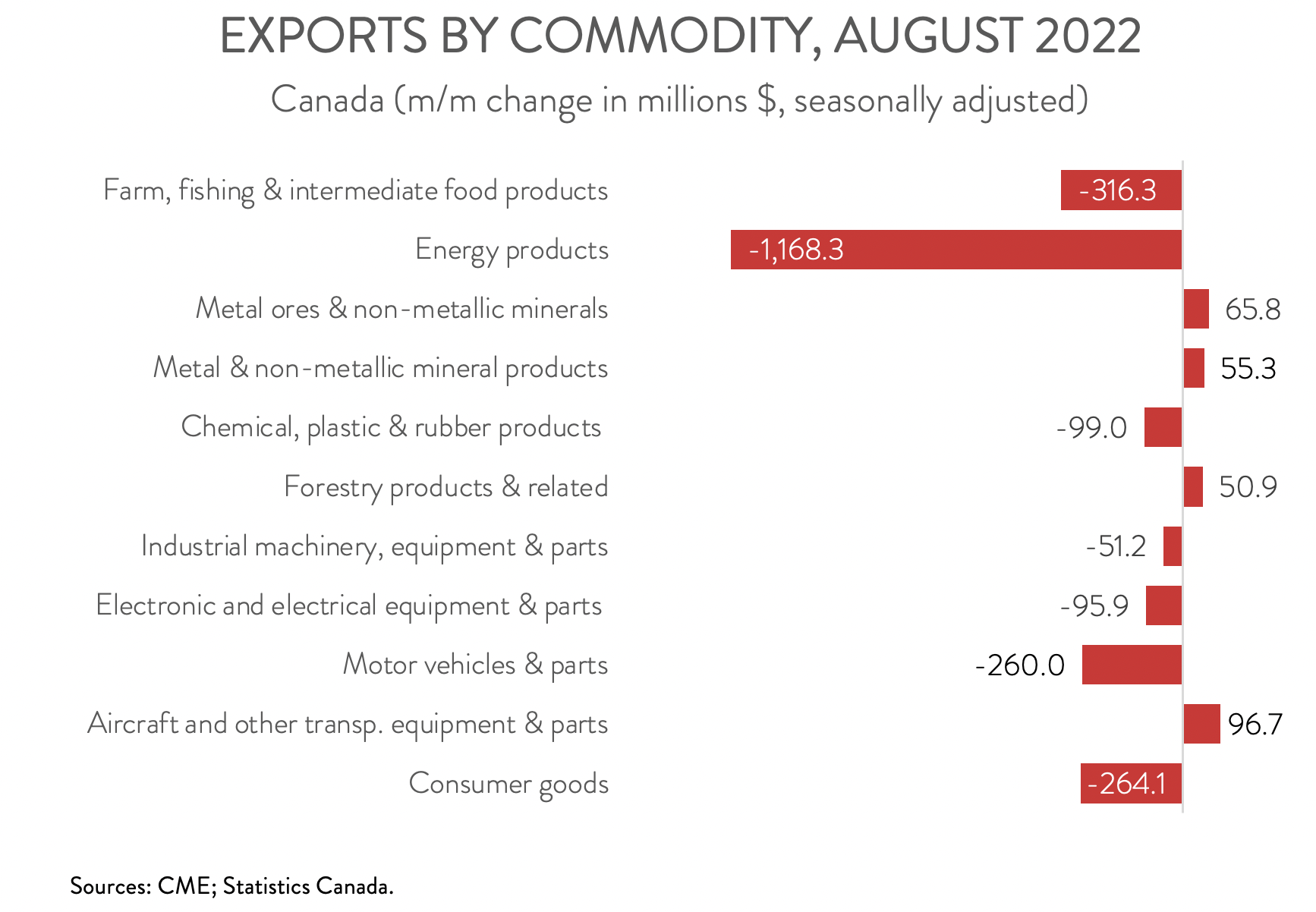 Exports of motor vehicles and parts fell 3.7% to $6.8 billion in August, down for the second time in three months, as the sector continues to feel the effects of input shortages.

While exports increased in four product categories in August, the gains were modest. Exports of aircraft and other transportation, equipment and parts grew the most, up 4.8% to $2.1 billion. This was its third increase in four months.

EXPORTS TO THE U.S. FALL FOR SECOND MONTH IN A ROW 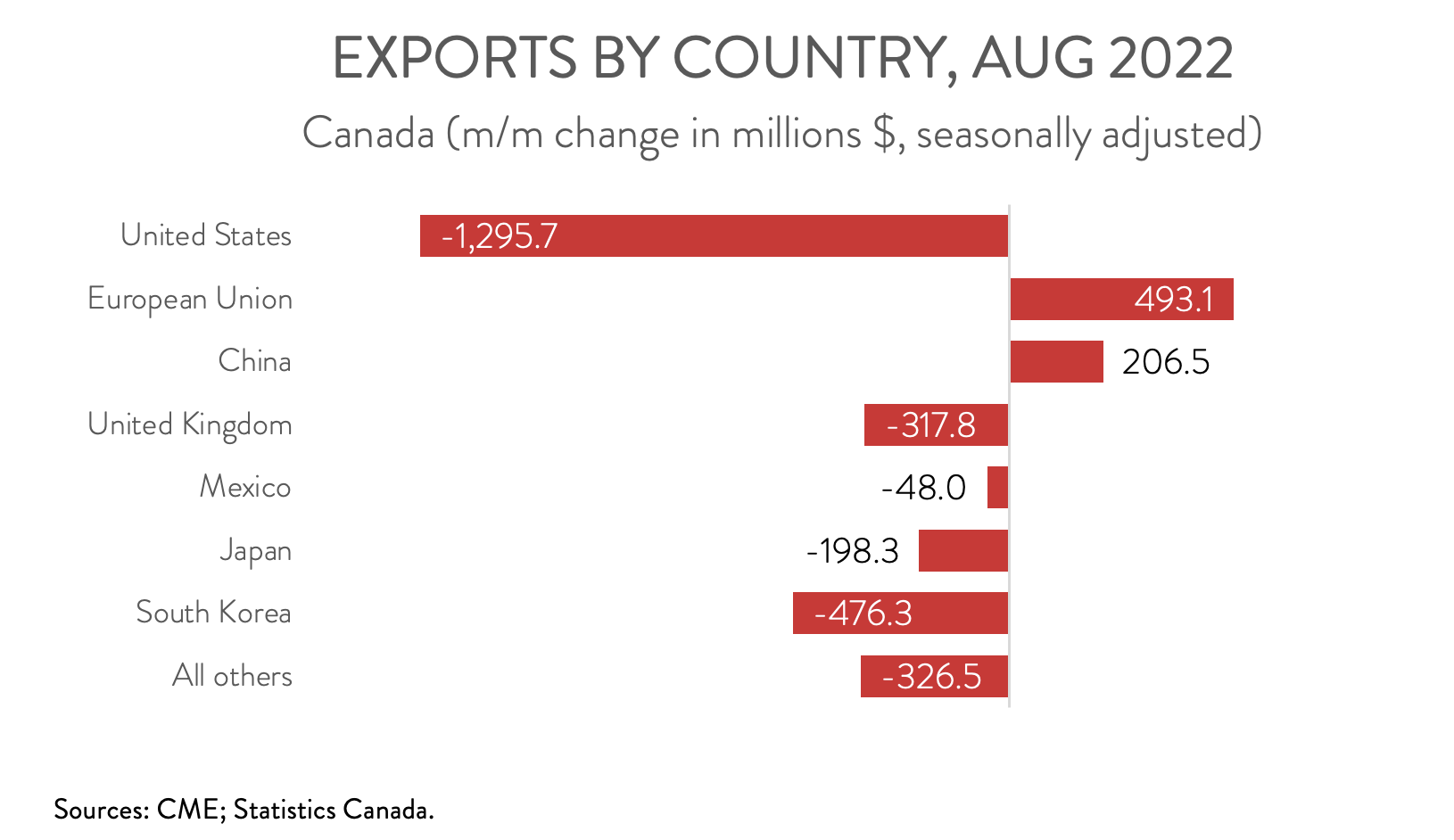