Exports Rise in October, Boosted Once Again by a Weaker Dollar

Merchandise exports rose 1.5% to $67.0 billion in October, matching the increase from September. After posting a modest drop in September, merchandise imports climbed 0.6% to $65.8 billion. In real or volume terms, the picture was more downbeat, with exports edging up 0.1% and imports falling 0.9%. 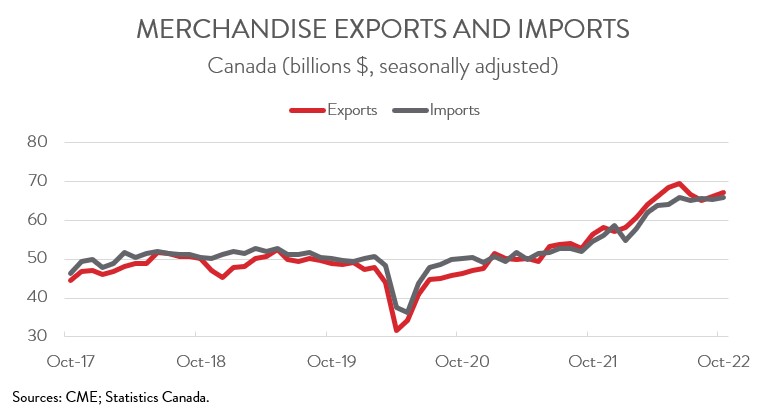 For the second consecutive month, a depreciation in the Canadian dollar provided a lift to trade activity. When expressed in U.S. dollars, Canadian exports and imports were down 1.3% and 2.2%, respectively, in October. Statistics Canada noted that the Canadian dollar strengthened against the U.S. greenback in November, putting downward pressure on trade values in that month.

The near-term outlook for Canadian exports remains mixed. While a slowing global economy will continue to weigh on exports of manufactured goods, global demand for our resources remains strong due to Russia’s unprovoked invasion of Ukraine. 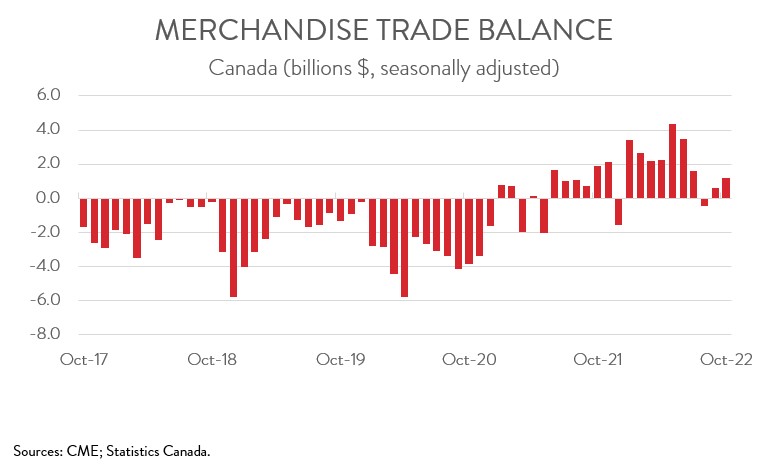 Exports of farm, fishing and intermediate food products rose 10.2% to a record-high of $5.5 billion in October, the second straight month of vigorous gains. Exports of canola and wheat were once again mostly responsible for the increase, attributable to a bumper crop, strong global demand, and high prices.

Exports of aircraft and other transportation equipment and parts advanced 17.5% to $2.4 billion in October, the highest level since January 2021. Higher aircraft exports, especially of U.S.-destined private jets and commercial airliners, was the main growth driver.

After falling 9.3% in September, exports of metal ores and non-metallic minerals increased 13.0% to an all-time high of $3.1 billion in October. The rebound coincided with a bounce back in potash exports.

On the downside, exports of metal and non-metallic mineral products plunged 15.0% to $6.4 billion, the lowest level since September 2021. The decrease was largely due to lower exports of unwrought gold, silver and platinum group metals.

In more bad news, exports of motor vehicle and parts fell 1.8% to $6.6 billion in October. While exports of this product section were up 7.3% on a year-over-year basis, they have fallen by 11.2% since April 2022, an indication that auto production continues to be constrained by supply chain shortages, especially of semiconductors. 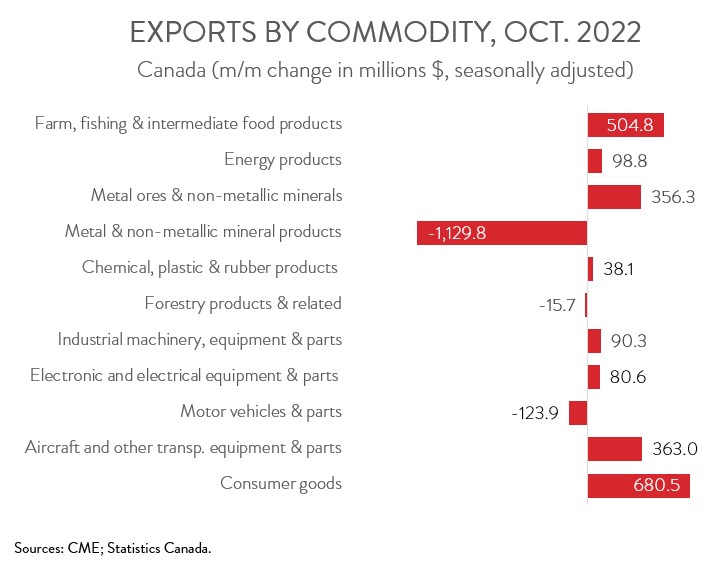 EXPORTS TO THE U.S. RISE FOR FIRST TIME IN FOUR MONTHS 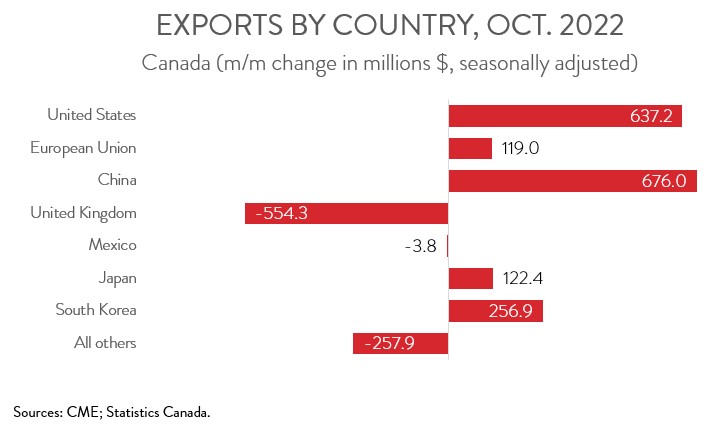