Canadian merchandise exports increased 1.5 per cent to $45.5 billion in September, leaving them $2.8 billion or 5.8 per cent below their February 2020 levels. Merchandise imports also rose 1.5 per cent, climbing from an upwardly revised $48.1 billion in August to $48.8 billion in September. Imports have bounced back more quickly than exports. They were $1.2 billion or 2.3 per cent shy of their pre-pandemic levels in September. Export volumes were up 1.1 per cent, while import volumes were up a softer 0.6 per cent. 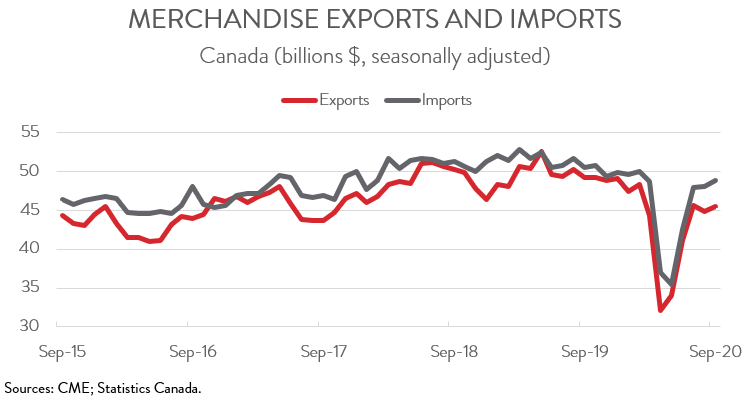 Although merchandise trade continued to make up lost ground in September, additional gains are going to be harder to come by, given that Canada and several of its major trading partners are confronting a second wave of COVID-19 infections, and this will act as a headwind to the economic recovery. 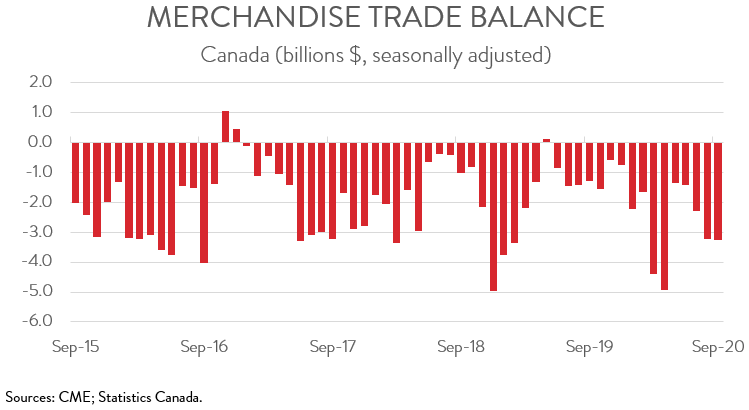 Export gains were relatively widespread, spanning 8 of 11 major product groups. The increase was mainly attributed to higher exports of forestry and related products (+10.4 per cent) and aircraft and other transportation equipment (+13.4 per cent). This was the fifth straight monthly increase for forestry products and their highest level of exports in 14 years. Exports of motor vehicles and parts (+2.7 per cent) and metal and non-metallic mineral products (+2.2 per cent) also contributed to the increase. On the negative side, exports of consumer goods tumbled 8.0 per cent, mainly due to lower exports of pharmaceutical products. Exports of energy products also declined 2.8 per cent, leaving them down 32.4 per cent on a year-over-year basis. 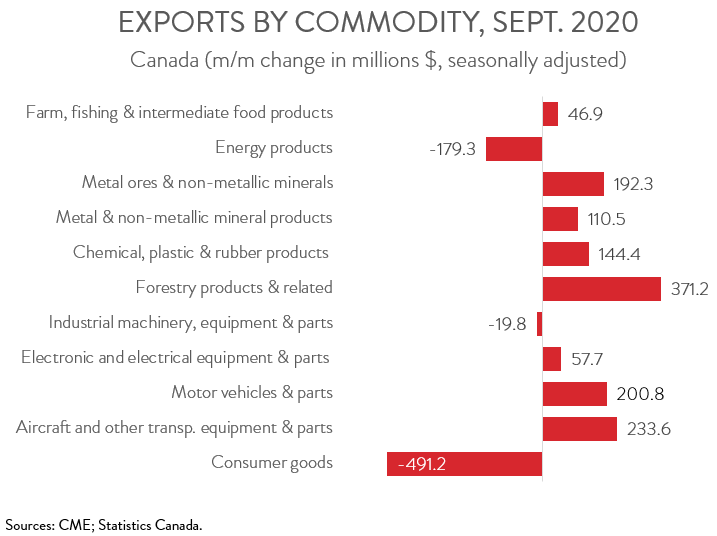 After four straight monthly gains, exports to the US fell by $530 million in September. With this decline, exports to the US are now 8.0 per cent below their February levels. This was more than offset by a $1.2 billion increase in exports to the rest of the world, the strongest increase since June 2018. As a result, exports to countries other than the US surpassed their pre-pandemic levels. In fact, exports were up among all of Canada’s major non-US trading partners, including notable increases to the European Union and the United Kingdom. 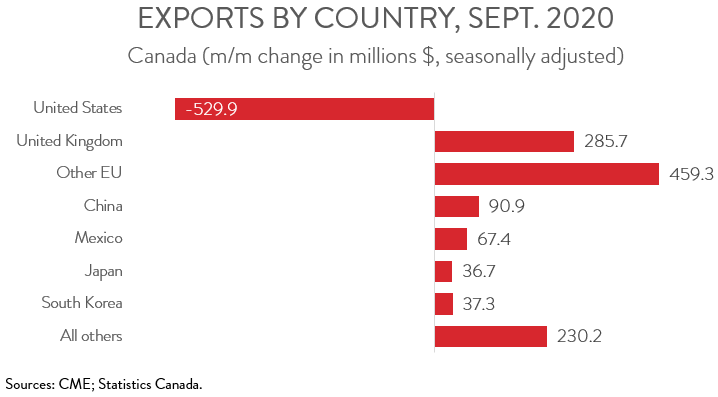