Real GDP edged down 0.1% in July, following a 0.6% increase in June. The decrease in July, the economy’s third in four months, pushed total economic activity 1.9% below February 2020’s pre-pandemic level. On a positive note, a Statistics Canada flash estimate indicates that the economy bounced back with a 0.7% gain in August. 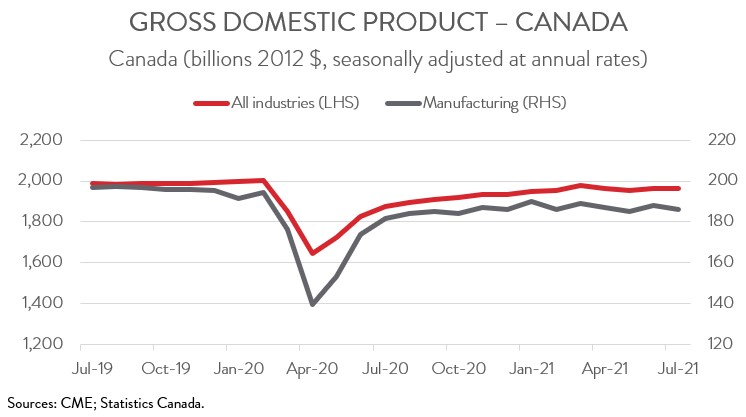 Earlier data releases had already signalled that the Canadian economy got off to a slow start in the third quarter, so today’s release did not come as a shock. While the economy appears to have bounced back in August and the outlook for future months is mostly positive, several factors put the recovery at risk, including supply chain disruptions, labour shortages, and the uncertain path of the pandemic.

Overall, 13 of 20 industries expanded, led by a strong monthly gain in accommodation and food, but these increases were more than offset by declines in most goods-producing industries.

Manufacturing output fell 1.1% in July, the third decline in four months, providing yet more evidence that the sector’s recovery has stalled. Indeed, the sector has expanded by a total of just 0.5% since October 2020. As a result, manufacturing output in July was 4.4% below its pre-pandemic level.

Record-setting heat and drought conditions in Western Canada, along with forest fires in BC’s interior and in northwestern Ontario, resulted in a 5.5% decline in agriculture, forestry, fishing and hunting output. After increasing 3.6% in June, utilities output fell 4.9% in July, as cool temperatures in Central Canada drove down electricity demand for cooling purposes. Finally, construction output contracted 0.9% in July, the third straight decline, largely because of lower residential building construction. 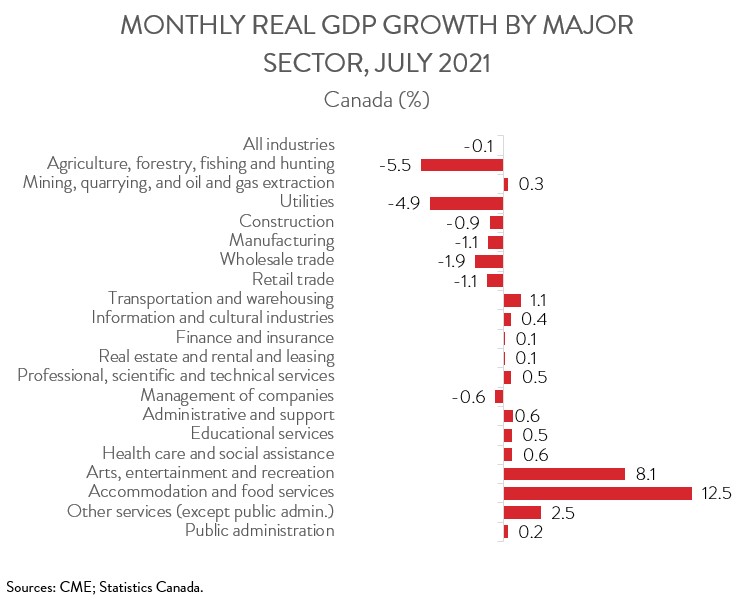 On the positive side, accommodation and food services output rose 12.5% in July, the second consecutive month of double-digit growth. Activity got a boost following the easing of public health restrictions, as consumers headed back to restaurants and began to travel more.

The arts, entertainment and recreation sector also benefited from the economy reopening, with output rising 8.1% in July. As well, transportation and warehousing output climbed 1.1%, with air transportation leading the way. As of July 5, fully vaccinated eligible travellers entering Canada were no longer required to complete a mandatory 14-day quarantine.

Output was down in 4 of 11 major manufacturing subsectors. Fabricated metals decreased 5.2% in July, the third decline in four months and steepest fall since October 2020. Declines were also recorded in chemicals (-2.8%), in petroleum and coal products (-1.0%), and in primary metals (-0.2%). 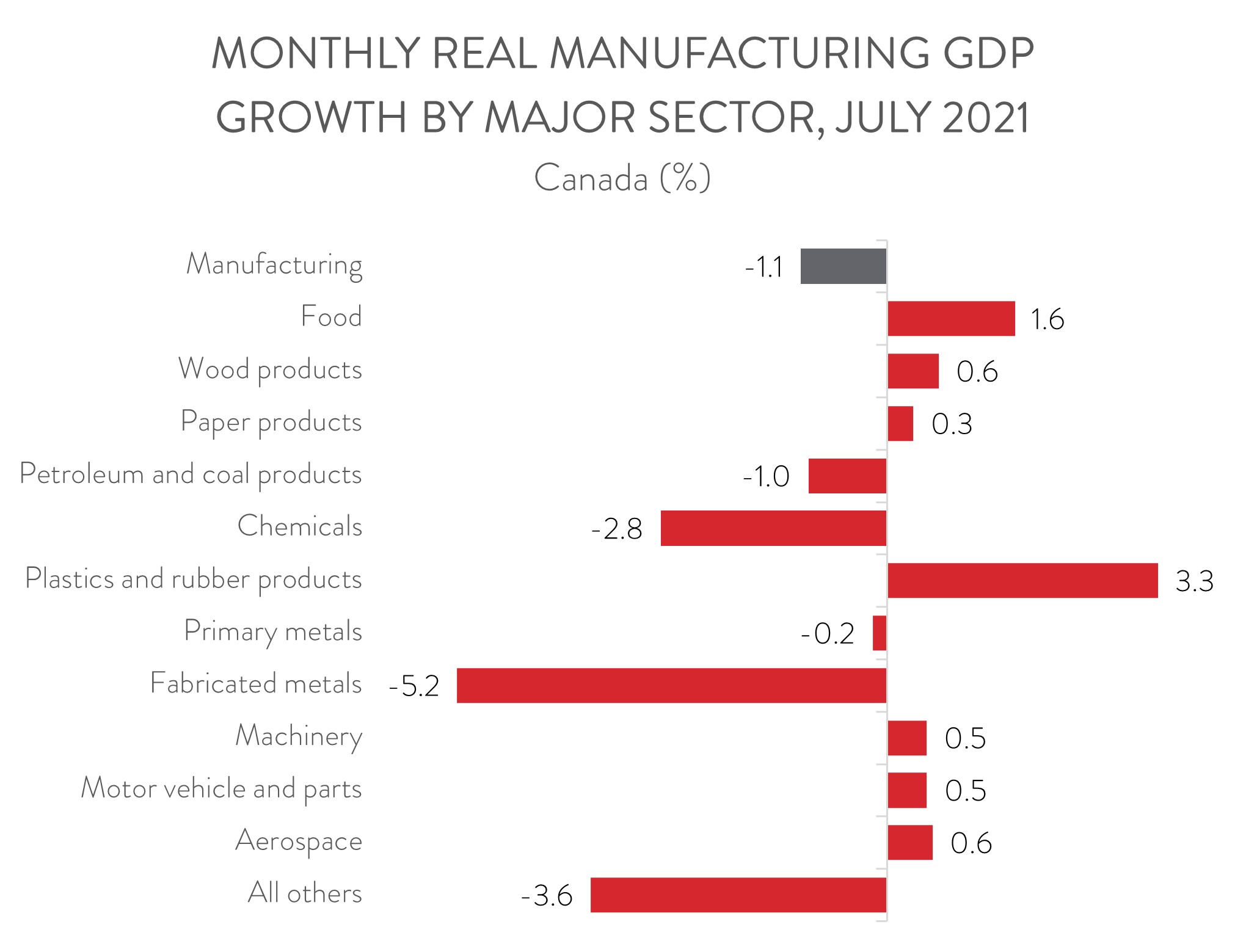 Strong gains in food (+1.6%) and in plastics and rubber products (+3.3%) provided some offset. In addition, output in motor vehicle and parts was up 0.5% in July, building on the 5.4% increase in June. Despite these back-to-back gains, the sector’s output in July was 23.2% below its pre-pandemic level, an indication of just how disruptive the global semiconductor shortage has been to automotive production.