The Canadian economy shed 71,200 jobs in November, the second drop in a row and the biggest monthly decline since January 2009. This is in sharp contrast to earlier this year, when the economy was pumping out thousands of jobs. Thus, despite the recent weakness, employment is still up a solid 1.6 per cent on a year-over-year basis. In fact, some 294,000 jobs have been created over the past 12 months. Nevertheless, recent labour market reports are consistent with other indicators signalling that the Canadian economy is slowing. 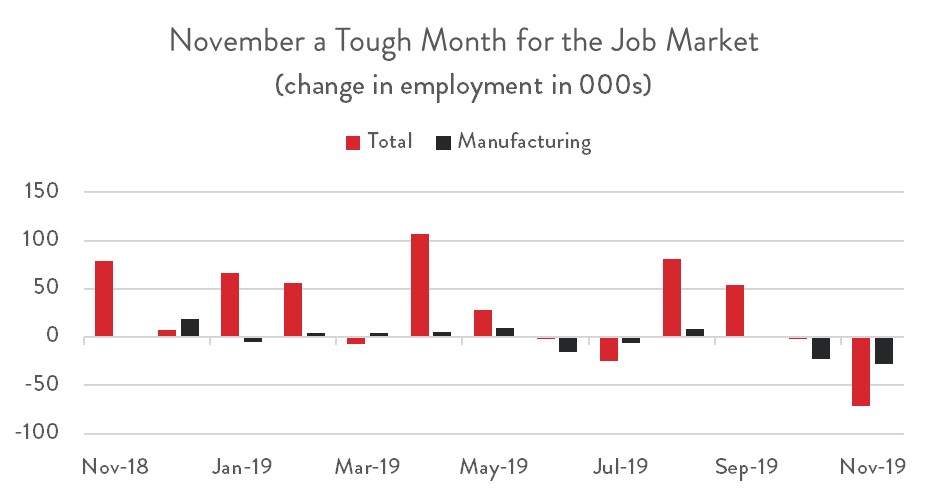 With the labour force largely holding steady last month, the plunge in employment drove the unemployment rate up 0.4 percentage points to 5.9 per cent, the biggest one-month increase since February 2009. In a historical context, this is still low, and it marks the 15th consecutive month that the jobless rate has remained below 6.0 per cent.

Labour market conditions are even tighter in manufacturing. Its unemployment rate also jumped 0.4 per centage points in November, but only to 4.3 per cent. The unemployment rate in manufacturing has been below the all-industry average for nearly ten years. Despite recent job losses in manufacturing, the sector’s firms continue to flag labour shortages as one of their biggest challenges. This, along with long-term demographic trends that will continue to put downward pressure on labour force growth, further underscores the need for government support to help manufacturers fill their skills and labour gaps. 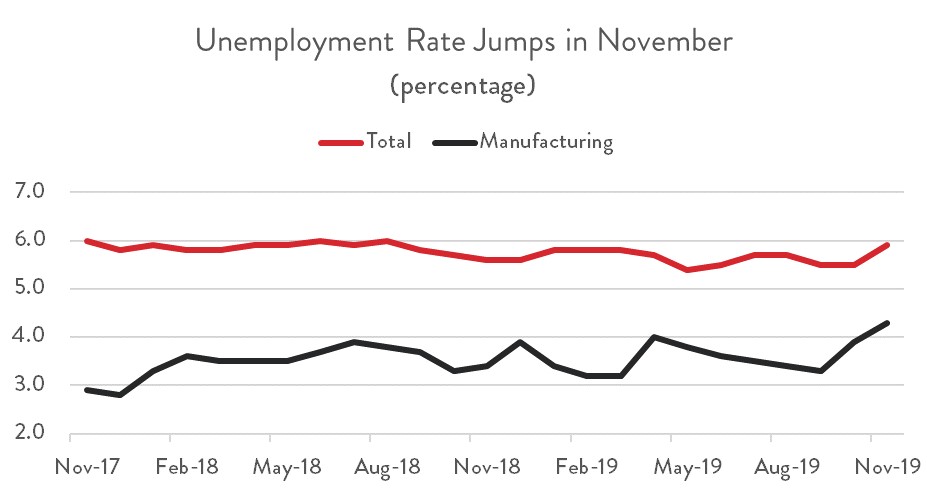 For Canadian workers, wage growth was one of the few bright spots in this month’s report. The average hourly wage rate was up 4.5 per cent on a year-over-year basis in November, the third consecutive month that the all-industry average exceeded 4.0 per cent. Year-over-year wage growth was just a touch lower in manufacturing, coming in at 4.3 per cent. The all-industry average hourly rate was about $28 in November, with the hourly rate for the manufacturing sector just slightly below that. 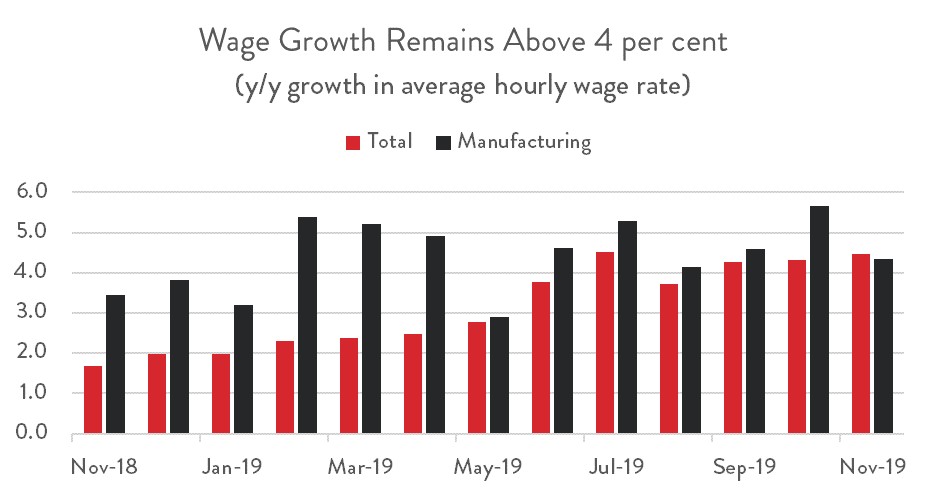 JOB LOSSES CONCENTRATED IN QUEBEC, ALBERTA AND BC

November’s job losses were concentrated in three provinces: Quebec, Alberta and BC. Quebec experienced a whopping 45,100 job losses last month. Nearly 40 per cent of these declines were attributable to manufacturing. In both Alberta and BC, 18,200 fewer people were employed in November. BC’s manufacturing sector also posted a decline, while Alberta’s increased slightly. Saskatchewan was the only other province to see an increase in manufacturing employment last month. 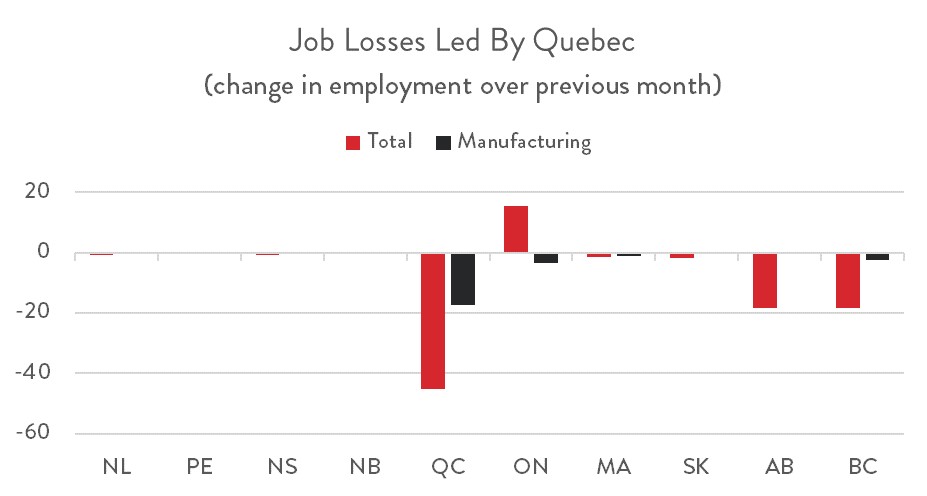 Ontario and PEI were the only provinces to post an overall employment increase last month, and PEI’s was limited to just 100 new jobs. In Ontario, 15,400 workers were added to payrolls, as gains in other industries more than offset a 3,300-worker decline in manufacturing.