Canadian Labour Market Starts to Heal in May

EMPLOYMENT INCREASES BY CLOSE TO 290,000

Finally, some good news. Employment in Canada rose by nearly 290,000 (+1.8 per cent) in May, a sign of the positive impact of easing COVID-19-related restrictions. Nevertheless, despite this gain, total employment is still 2.7 million below where it was in February. 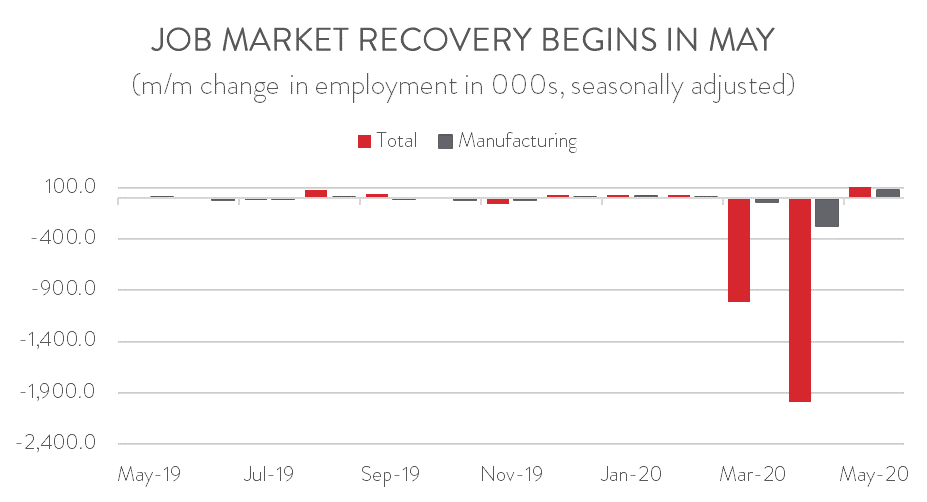 Job creation was particularly strong in wholesale and retail trade, manufacturing, and construction. In fact, the manufacturing sector boasted the second-highest increase in May. Some 79,100 manufacturing jobs were added to payrolls last month, clawing back some of the 301,600 job losses recorded over March and April.

Even though the May Labour Force Survey brought some much-needed good news, with more likely on the way in the June report, we are just beginning to dig out of a massive hole that will take several months to fill.

Hours worked continues to provide a clearer measure of the impact of COVID-19 on the Canadian labour market than employment. Total hours worked fell faster than employment during March and April, but it rose more quickly in May. In fact, after falling a cumulative 27.7 per cent from February to April, hours worked rose 6.3 per cent last month.

Hours worked in the manufacturing sector have followed a similar trend to that of the all-industry average. They fell a cumulative 29.2 per cent over March and April, but partially recovered with a 10.9 per cent gain in May. 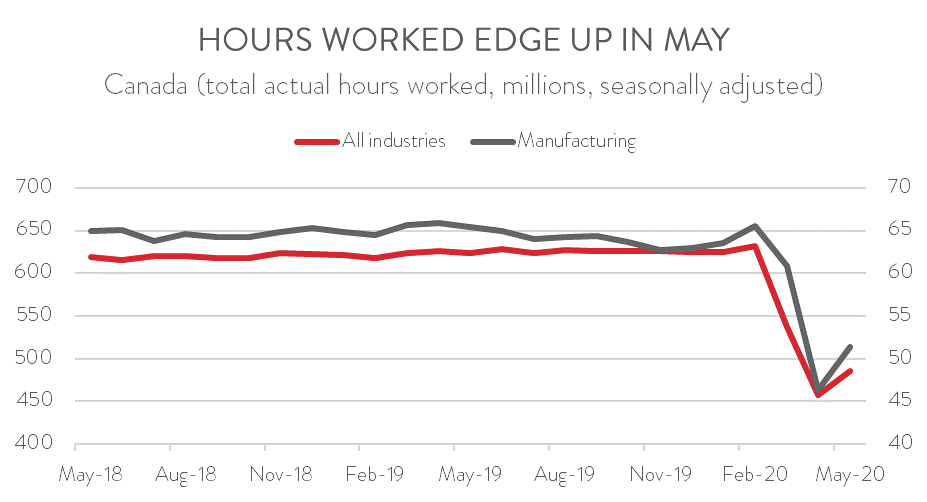 Things were marginally more positive in manufacturing. Its jobless rated edged down from a record high of 13.6 per cent in April to a still elevated 12.7 per cent in May. 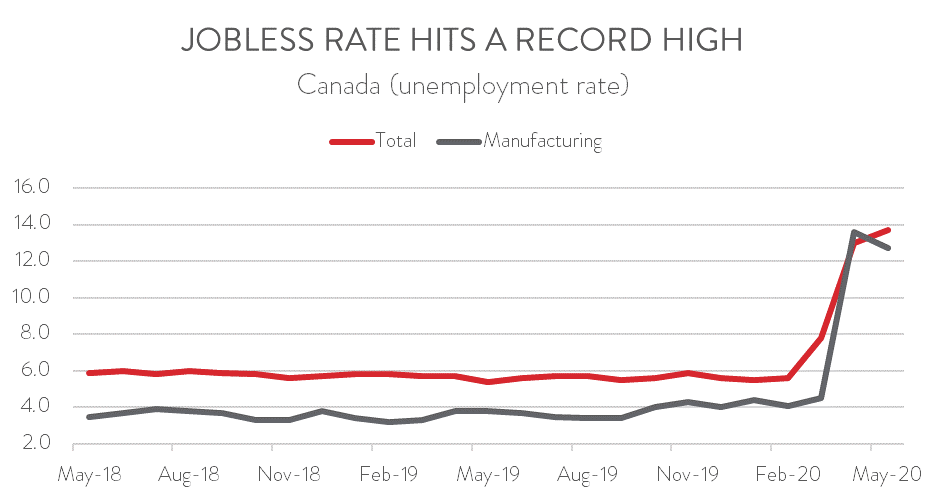 Employment rose in every province last month except Ontario. Quebec, which added 230,900 jobs to payrolls, accounted for 80 per cent of the national increase. As noted by Statistics Canada, the Quebec government eased restrictions on business activity before the survey reference week of May 10-16. Notable increases were also recorded in BC (+43,300) and in Alberta (+28,200) last month. BC announced the first phase of its reopening on May 6, while Alberta allowed some businesses to start operating on May 14.

In contrast, Ontario did not start easing restrictions until after the survey reference week. Accordingly, it saw employment fall a further 64,500 in May, with all the losses coming in the services-producing industries. This brings the province’s cumulative job losses since February to 1.16 million. 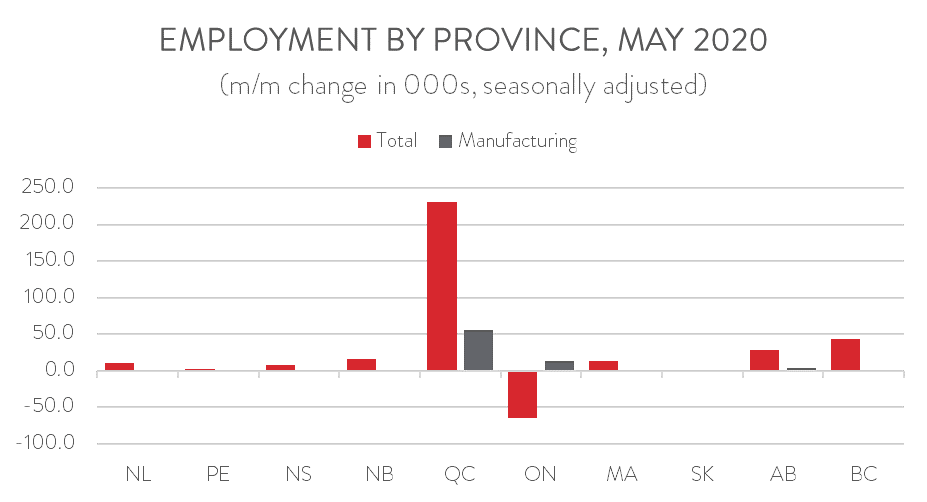