Manufacturing sales rose 0.9 per cent to $54.2 billion in December, leaving them 2.9 per cent below their pre-pandemic level. However, the picture was less encouraging after controlling for price effects. Factory shipment volumes fell 0.4 per cent, the third consecutive monthly decline. 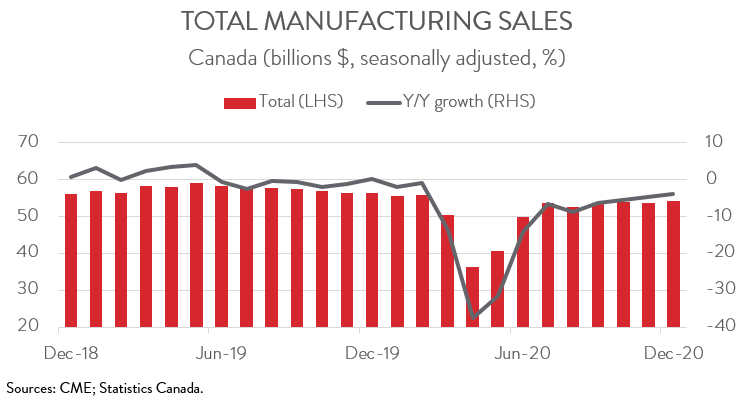 Without a doubt, 2020 was a tough year for manufacturers. Factory sales tumbled 11.4 per cent, the biggest decline since 2009. While the first few months of 2021 will likely remain bumpy, activity should pick up thereafter as vaccines roll out across the world.

The increase in nominal sales spanned 6 of 11 major industries. Wood product sales increased 8.3 per cent to a record high of $3.7 billion. This sector continues to benefit from strong housing market conditions in both Canada and the United States, including the fact that home renovations have risen dramatically during the pandemic.

Following four consecutive monthly declines, sales of motor vehicles and parts climbed 2.0 per cent to $7.2 billion in December. At the same time, petroleum and coal product sales rose for the third straight month, up 4.7 per cent to $4.2 billion, thanks to strong gains in energy and petroleum product prices. 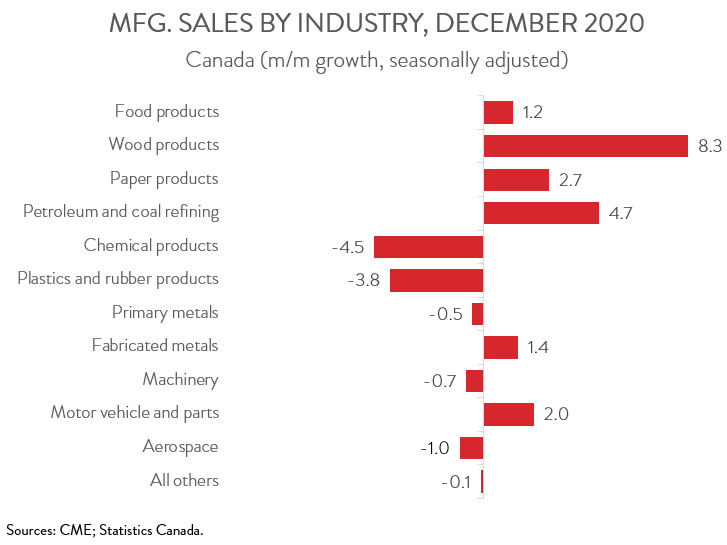 On the negative side, sales of chemicals fell 4.5 per cent to $4.2 billion on lower sales of pharmaceutical and medicine products. After three straight monthly gains, sales of plastics and rubber products decreased 3.8 per cent to $2.7 billion. Additionally, aerospace products sales fell 1.0 per cent to $1.3 billion, the fifth decline in six months.

For the full year 2020, petroleum and coal products (-37.4 per cent), motor vehicle and parts (-24.1 per cent), and aerospace (-24.0 per cent) posted the steepest declines among 11 major industries. In fact, these three industries together accounted for nearly three-quarters of the total decline in manufacturing sales last year. On a positive note, two industries still managed to post growth in 2020. Sales of wood and food products increased 15.0 per cent and 3.4 per cent, respectively.

SALES UP IN ALL PROVINCES BUT ONTARIO

Sales were up in all provinces in December except Ontario, with BC and Alberta posting the biggest gains. After declining 4.5 per cent in November, sales in BC rebounded by 4.7 per cent to $4.7 billion on higher sales of wood products. Sales in Alberta increased for the fourth month in a row, up 2.3 per cent to $5.7 billion. The increase was attributable to higher sales of petroleum, wood products, and food.

Factory sales in Ontario decreased 0.7 per cent to $24.8 billion in December, down for the third month in a row. The biggest contributors to the decline were chemicals and plastics and rubber products, which more than offset a solid increase in the transportation equipment sector. 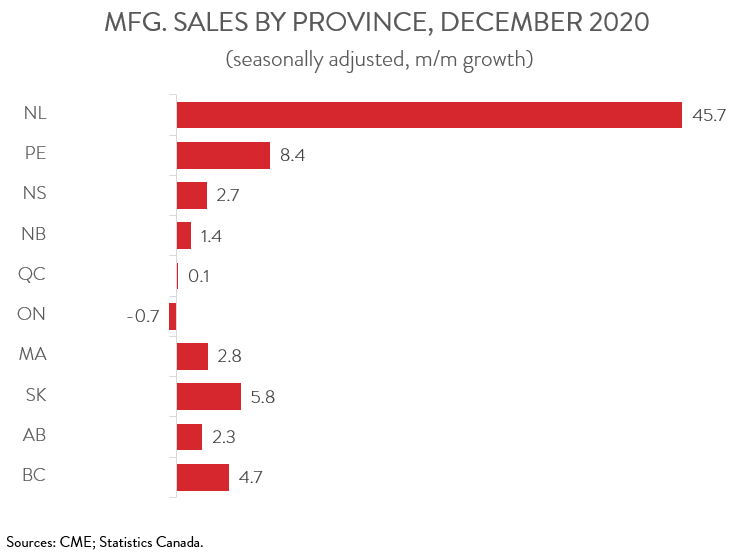 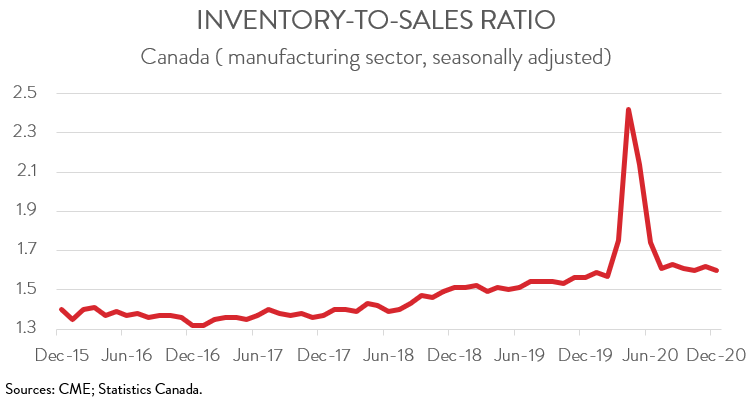 Forward-looking indictors were somewhat positive: both new and unfilled increased for the first time in three months. However, the increase in unfilled orders (+0.3 per cent) was not nearly enough to make up for the cumulative 7.2 per cent loss recorded over October and November. In contrast, the total value of new orders jumped 8.4 per cent in December, more than offsetting the 7.0 per cent decline over the prior two months. 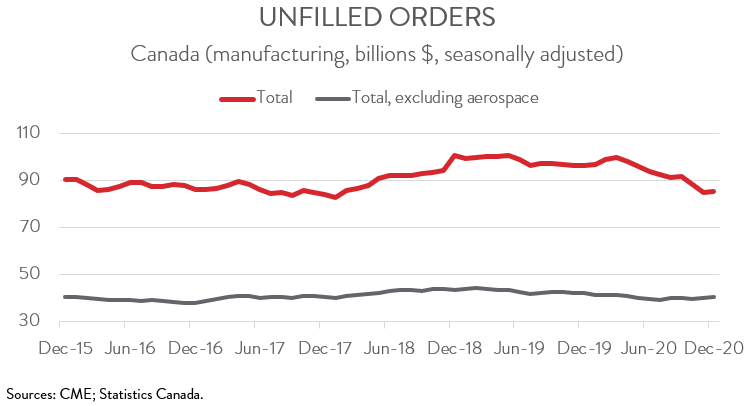 CAPACITY UTILIZATION RATE FALLS FOR SECOND MONTH IN A ROW

Finally, the manufacturing sector’s capacity utilization rate declined for the second consecutive month, falling from 77.6 per cent in November to 75.1 per cent in December, signaling a further drop in production. Unfortunately, the drop was also steep enough to push the rate below its February 2020 level of 76.4 per cent. 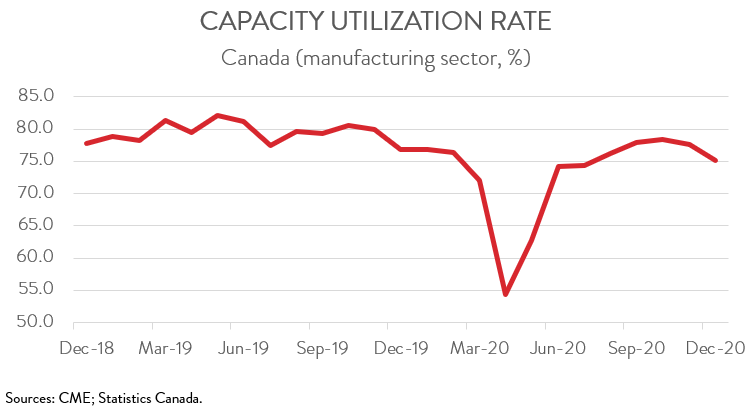