Following two consecutive monthly declines, manufacturing sales increased 2.1% to $59.2 billion in June. The story was largely the same after stripping out price effects. In constant dollar terms, manufacturing shipment volumes were up 2.2% on the month. 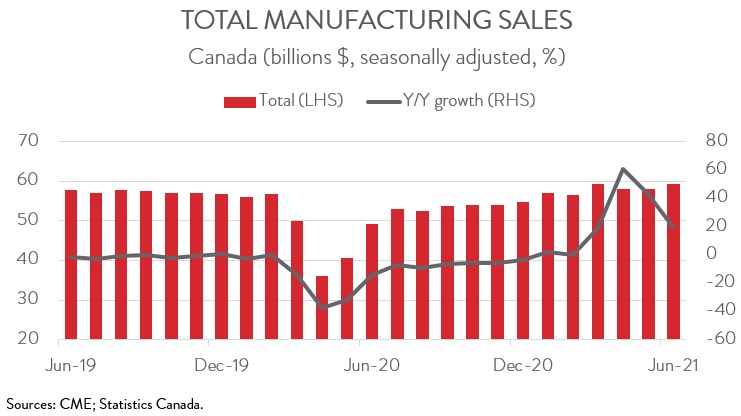 The data released today was a welcome relief for the manufacturing sector, as it largely offset the back-to-back declines recorded over April and May. Most near-term indicators point to continued gains for the manufacturing sector, including strong economic growth in the US. However, this positive outlook is being tempered by the Delta variant-driven increase in COVID-19 infections and continuing global supply chain disruptions and cost pressures.

The gains were broad-based, spanning 9 of 11 major industries. The motor vehicle and parts industry led the way, with sales increasing 15.4% to $5.4 billion. While the global semiconductor shortage continues to disrupt the auto sector, most auto assembly plants in Canada were able to partially increase production in June. However, despite this turnaround, the problems caused by the semiconductor shortage are not expected to be fixed any time soon, with some predicting that issues will continue into next year. 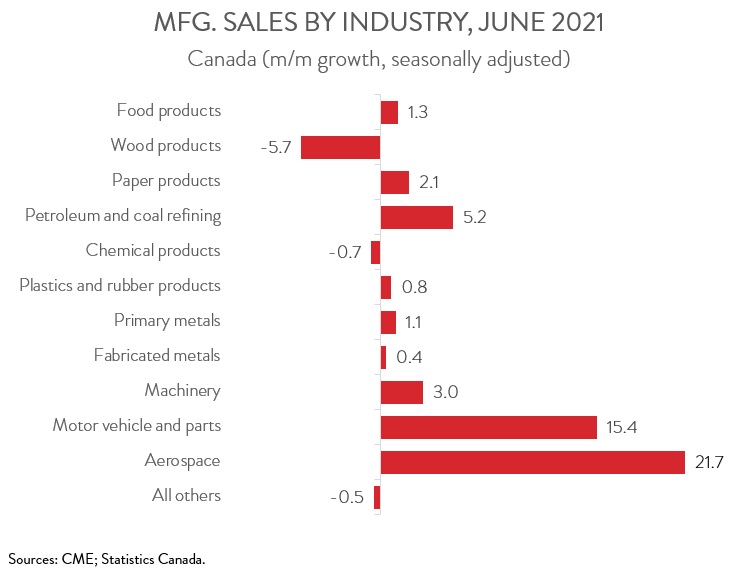 Sales in the petroleum and coal industry rose 5.2% to $5.6 billion in June, the first increase in three months, with both the price and the volume of sales contributing to the gain. Notable increases were also recorded in aerospace products and parts (+21.7%), machinery, (+3.0%), and food products (+1.3%).

On the negative side, wood product sales declined 5.7% to $5.1 billion in June, on lower volumes and prices. This ended a string of six consecutive monthly gains. Sales of chemical products also fell in June, albeit by a modest 0.7%.

Regionally, sales were up in 7 of 10 provinces. Following two consecutive monthly declines, sales in Ontario climbed 4.3% to $25.1 billion. Even though the increase was driven by the auto sector, motor vehicle sales were still down by almost one-third in the second quarter, the third straight quarterly decline.

Sales in Quebec also increased for the first time in three months, up 1.6% to $14.8 billion in June. The gains were led by the aerospace, petroleum and coal, and food industries, which together more than made up for a substantial decline in wood product sales.

At the other end of the spectrum, Manitoba experienced the steepest fall in June, with sales decreasing 7.6% to $1.6 billion. The decline was mainly due to lower sales of chemicals. Sales were also down in Alberta (-1.4%) and in Newfoundland and Labrador (-9.6%). 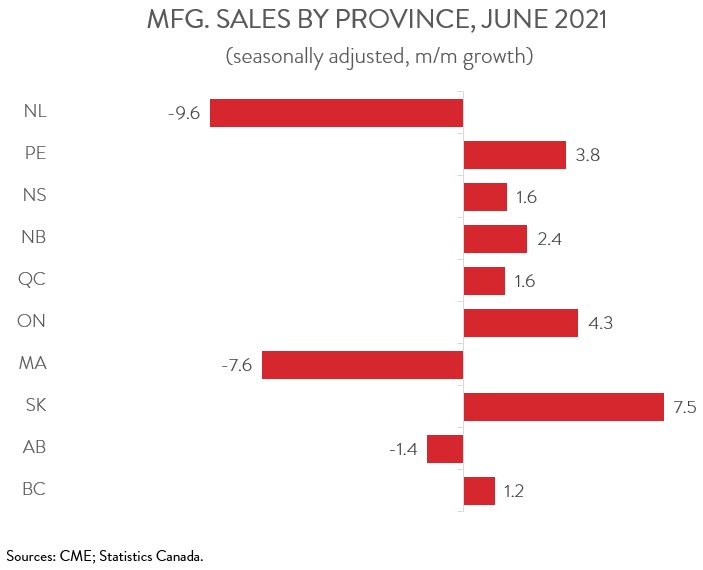 Total inventories rose 1.9% in June to a record high $92.1 billion, attributable to higher inventories of machinery and chemicals. With inventories keeping pace with the increase in sales, the inventory-to-sales ratio remained unchanged at 1.56 in June. This ratio represents the number of months it would take to completely clear inventories assuming sales remain at their current level. 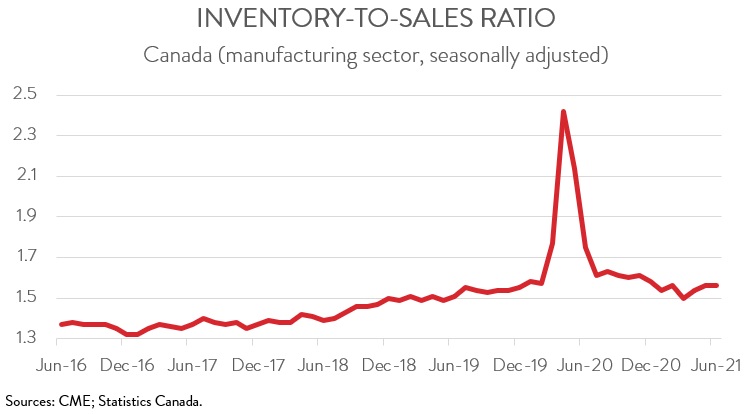 Similarly, the total value of new orders increased for the first time in three months, up 11.1% to $60.5 billion in June. The gain was attributable to higher new orders in the transportation equipment and machinery industries. 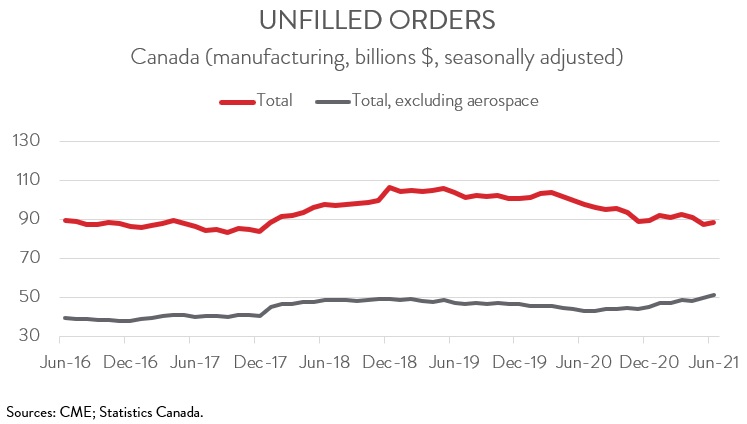 Finally, the manufacturing sector’s capacity utilization rate climbed from 77.1% in May to 79.4% in June, reaching its highest rate in three months. 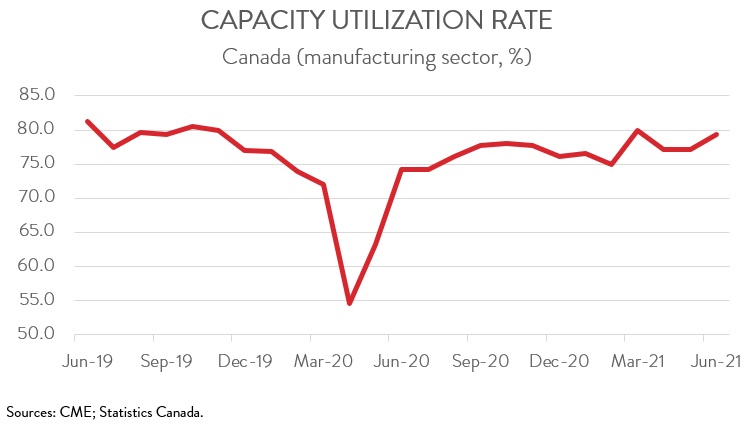