Manufacturing sales fell 0.7 per cent to $57.1 billion in October, the second consecutive monthly drop. This represents a 2.1 per cent year-over-year decline. In volume terms, sales were down 0.4 per cent on the month and 0.8 per cent on the year. While a share of the blame for the recent slide in sales can be pinned on temporary factors as well as a slowing global economy, this does not diminish the need for policy action to build a much more competitive manufacturing business investment climate. 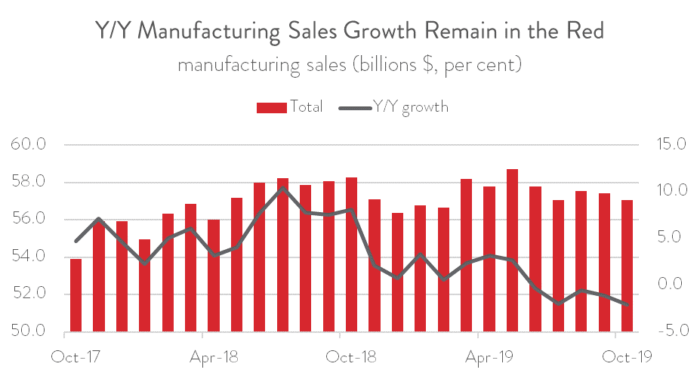 Sales of motor vehicles and parts fell by a steep 4.5 per cent in October, following a more modest 0.2 per cent dip in September. The decline in October reflected lower production at some Canadian plants that were affected by the General Motors strike in the United States. Now that the strike has been resolved, expect this category to rebound in November. 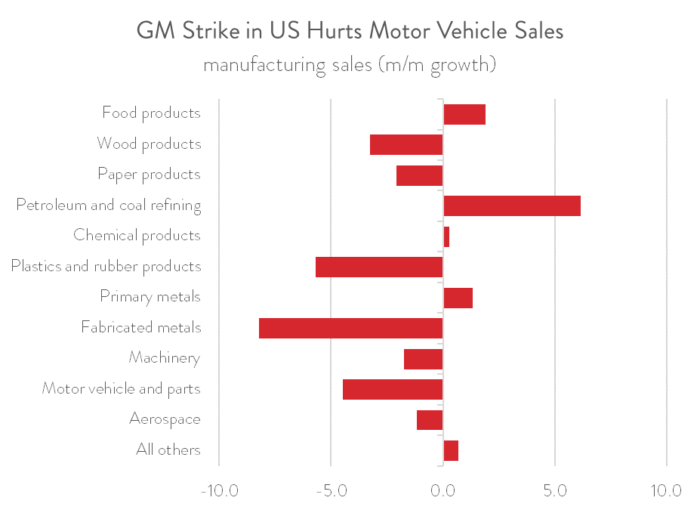 SALES DECLINES CONCENTRATED IN BC, ONTARIO, AND QUEBEC

Sales declines in October were concentrated in three provinces: BC, Ontario, and Quebec. BC saw the biggest decrease at 3.7 per cent, with lower sales in paper and wood products contributing to this result. Sales in Ontario fell 3.1 per cent, not a surprise given the drop in the motor and vehicle parts industry. Sales in Quebec were down a comparatively more modest 0.4 per cent.

On a positive note, all other provinces posted increases in October, with PEI and New Brunswick leading the way with growth of 28.8 per cent and 26.5 per cent, respectively. Sales also rose in all three prairie provinces (Manitoba, Saskatchewan, and Alberta) in October, partly offsetting big declines in September. 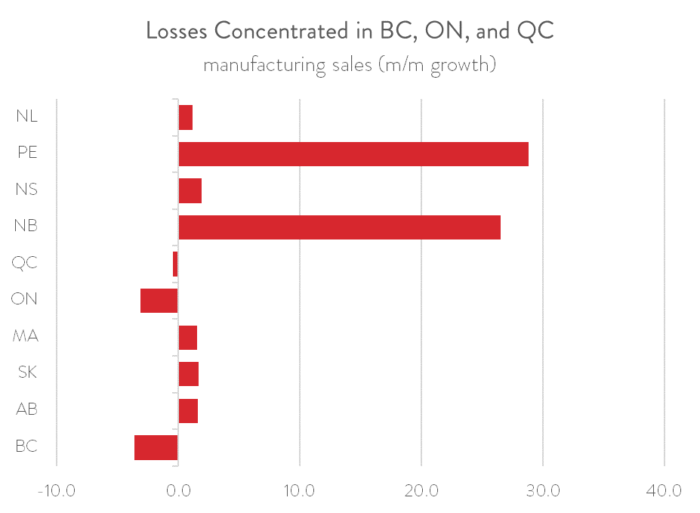 Manufacturing inventories also fell in October, but not fast enough to offset the decline in sales. As a result, the ratio of inventory-to-sales ticked up from 1.53 in September to 1.54 in October. This ratio, considered a leading indicator of future production, has been trending up since January 2017. A rising inventory-to-sales ratio is a bearish signal that manufacturers may need to cut back production to better align inventories with sales. This ratio has historically averaged 1.37. 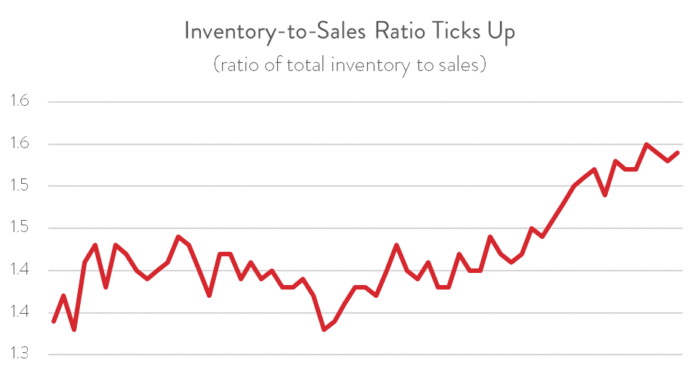