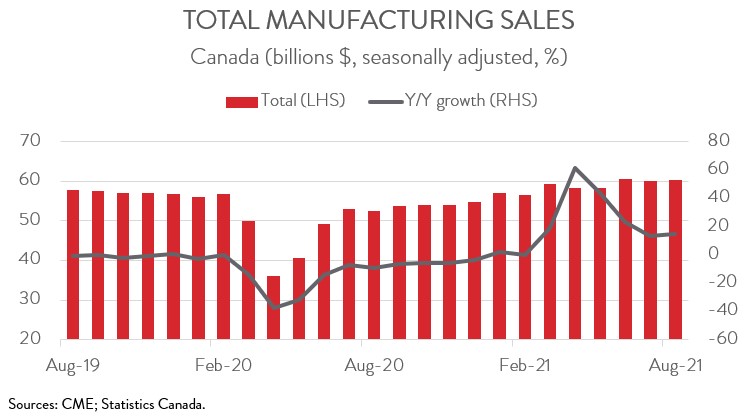 All three major data releases so far this month—international trade, employment, and manufacturing sales—have been positive, indicating that the Canadian economy and manufacturing sector were picking up steam as we headed into the fall. Still, while manufacturing sales in August were 6.2% above their pre-pandemic levels, this was entirely due to higher prices. In constant dollar terms, shipment volumes were 6.1% below this threshold. In addition, despite the positive momentum, the manufacturing sector’s outlook remains clouded by persistent supply chain disruptions and significant challenges finding workers.

The increase in sales was widespread, spanning 8 of 11 major industries. Leading the way was petroleum and coal, which saw sales rise 7.3% to $6.6 billion in August. This was the sector’s third consecutive increase and the highest level since May 2019.

Sales of chemicals rose 6.3% to a record high of $5.4 billion in August. All categories except basic chemical manufacturing contributed to the gain.

Likewise, sales of primary metals rose 3.3% to a record high of $5.8 billion. Sales in this industry have increased for 16 consecutive months, thanks to both strong demand and higher prices. 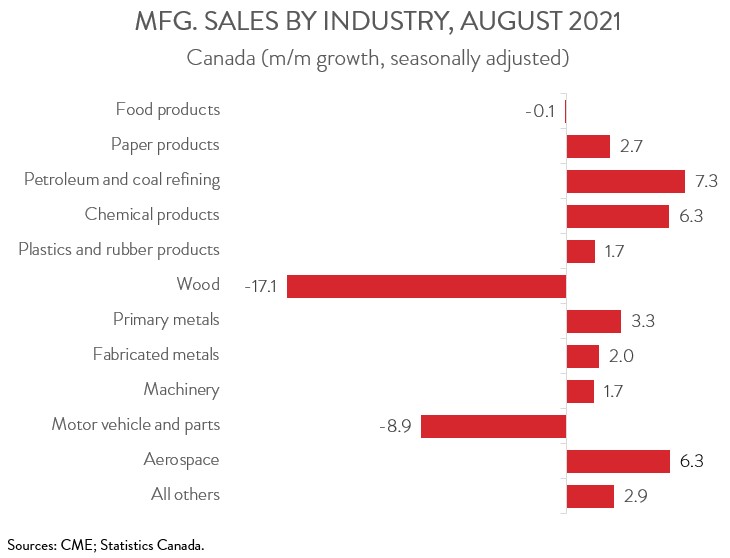 On the negative side, wood product sales fell 17.1% to $3.3 billion in August, due largely to lower prices for softwood lumber. Following three consecutive gains, motor vehicle sales decreased 8.9% to $5.4 billion, weighed down by the ongoing worldwide shortage of semiconductor chips. Food sales were also down in August, albeit by a marginal 0.1%.

Regionally, sales were up in 5 of 10 provinces. Sales in Quebec increased 2.6% to $15.5 billion in August, led by the aerospace, petroleum and coal, and fabricated metal product industries. Ontario saw sales rise 0.4% to $26.0 billion, with higher sales of chemicals, primary metals, and petroleum more than offsetting lower sales of motor vehicles and parts. Sales were also up in New Brunswick (+3.4%) , Manitoba (+1.9%), and Nova Scotia (+3.4%). 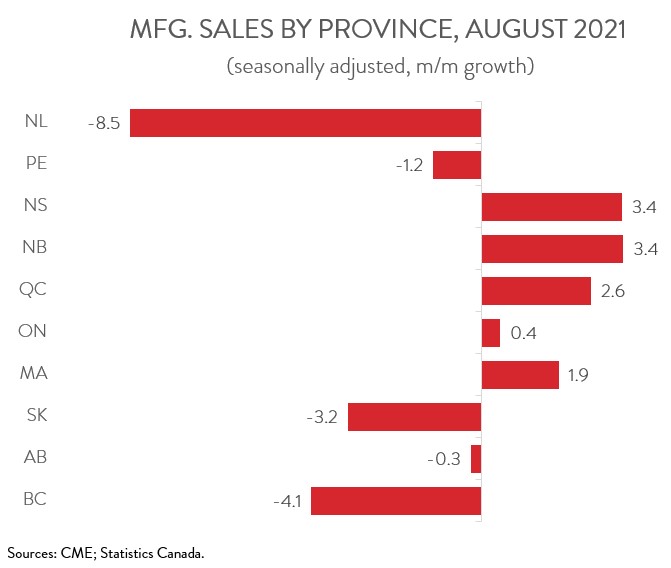 On the downside, sales in BC fell 4.1% to $5.0 billion in August, the second consecutive monthly decline, mainly due to lower sales of wood products. As noted by Statistics Canada, the wood product industry has been BC’s largest manufacturing industry since June 2020. Sales declines were also recorded in Saskatchewan (-3.2%), Newfoundland and Labrador (-8.5%), Alberta (-0.3%), and PEI (-1.2%).

Total inventories increased 2.1% to a record high of $96.2 billion in August, the eighth consecutive monthly increase. With inventories increasing at a faster pace than sales, the inventory-to-sales ratio climbed from 1.57 in July to 1.59 in August, the highest level since November 2020. This ratio represents the number of months it would take to completely clear inventories assuming sales remain at their current level. 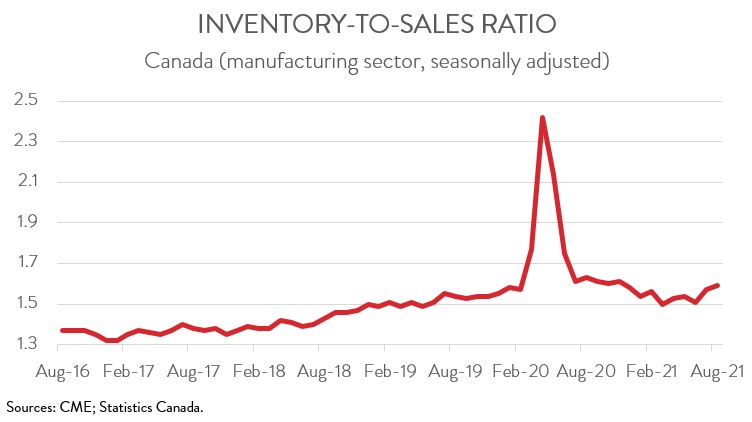 Forward-looking indictors were positive. The total value of unfilled orders increased 0.3% to $93.8 billion in August, up for the third time in four months. The increase was mostly due to higher unfilled orders of computer and electronic products, plastic and rubber, fabricated metal, and primary metal. Unfilled orders of aerospace products and parts fell for the second month in a row.

At the same time, the total value of new orders rose 1.4% to $60.6 billion in August, up for the first time in three months. The increase was mainly attributable to higher new orders of chemicals, petroleum and coal products, and plastics and rubber products. 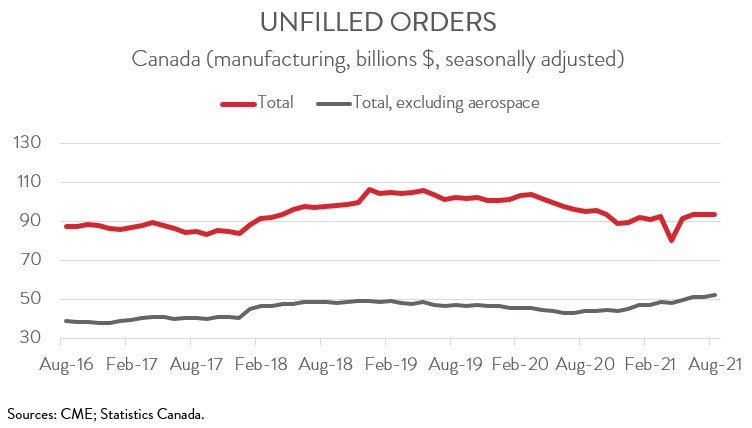 Finally, the manufacturing sector’s capacity utilization rate increased from 75.7% in July to 77.5% in August on higher production. 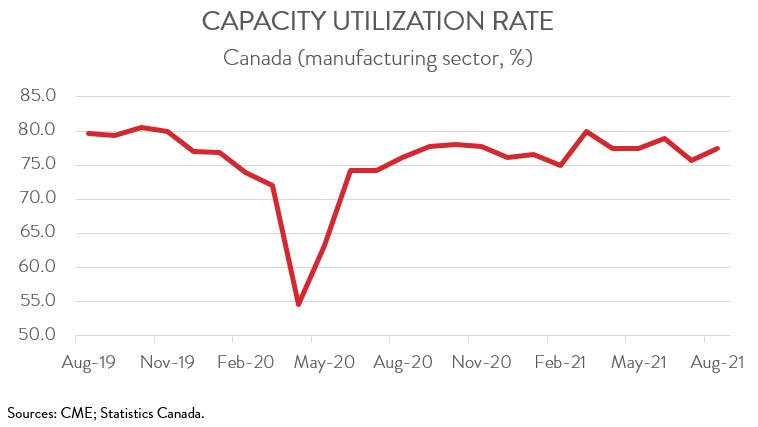