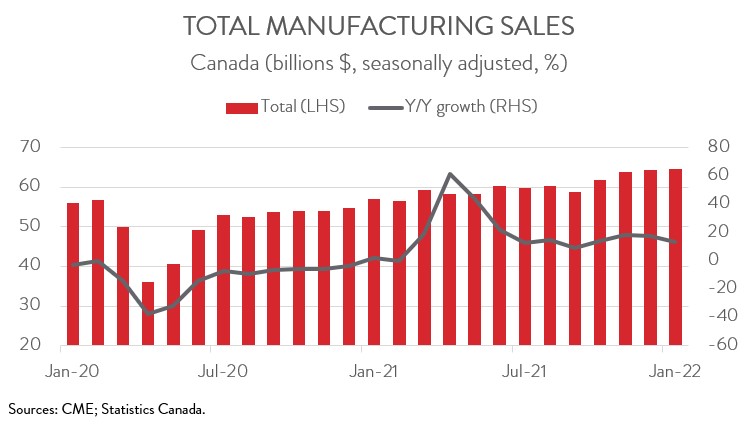 Although sales increased for the fourth straight month in January, the gains were driven by rising prices rather than growing volumes. In fact, sales in constant dollars fell 1.8%. While forward-looking indicators were positive, pointing to continued strong demand for manufactured goods, this has to be set against persistent supply disruptions and labour shortages that are hampering the ability of manufacturers to increase production.

The January increase in sales spanned 7 of 11 major industries. The petroleum and coal product sector contributed the most to the growth, with sales rising 6.8% to a record high of $7.9 billion. The gain was driven primarily by higher crude oil prices, as sales in constant dollars fell 1.3%.

Higher prices, especially for softwood lumber, were also responsible for the strong increase in sales of wood products. While sales in nominal terms rose 6.5% to $4.1 billion in January, sales in real terms were flat. 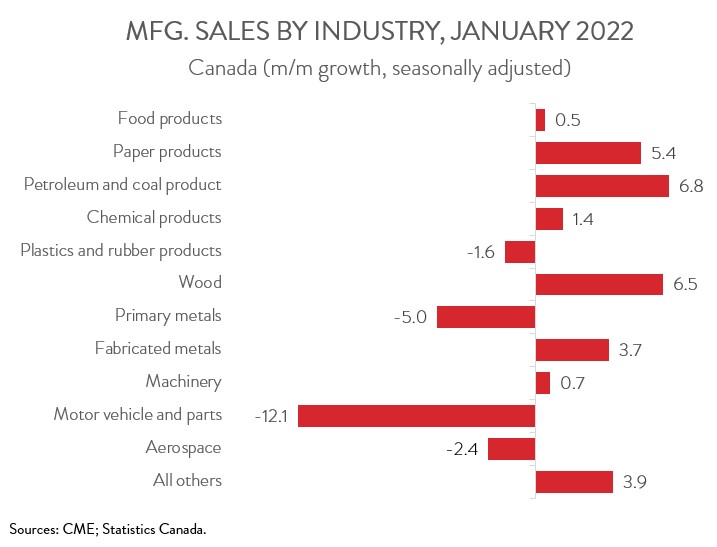 QUEBEC AND BC BIGGEST CONTRIBUTORS TO GROWTH IN JANUARY

Regionally, sales were up in 5 of 10 provinces in January. Quebec led the way with sales rising 3.9% to $17.0 billion, mainly on higher sales in three industries: petroleum and coal product, fabricated metal product, and transportation equipment. These gains were partly offset by lower sales of primary metals.

In BC, sales increased 4.3% to $5.5 billion in January, led by the wood and paper product industries. The wood product industry, which is the province’s largest manufacturing subsector, accounted for nearly one-quarter of total sales in January. 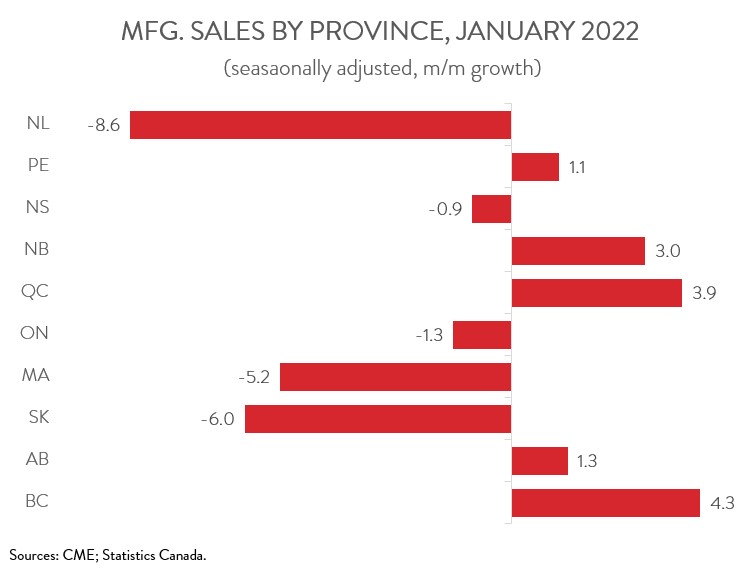 At the other end of the spectrum, sales in Ontario decreased 1.3% to $27.7 billion in January, mainly on lower sales of motor vehicles and parts and primary metal products. At the same time, sales in Saskatchewan declined 6.0% to $1.7 billion, down for the third month in a row, primarily on lower sales of chemicals.

Total inventories increased 1.8% to a new record high of $104.9 billion in January, the thirteenth consecutive monthly increase. The gain was driven by higher inventories in the petroleum and coal product, machinery, beverage and tobacco, and fabricated metal product industries. This was mainly attributable to higher prices for raw materials.

Accordingly, the inventory-to-sales ratio rose from 1.60 in December to 1.62 in January. This ratio represents the number of months it would take to completely clear inventories assuming sales remain at their current level. 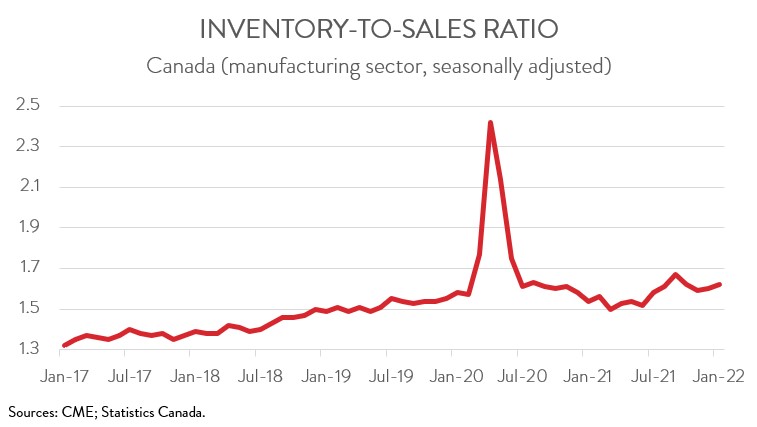 Forward-looking indictors were encouraging. The total value of unfilled orders rose 1.8% to $99.5 billion in January, up for the fifth time in six months. The increase was mainly attributable to higher unfilled orders of aerospace products and parts and machinery.

The total value of new orders also increased for the fifth time in six months, up 1.1% to $66.6 billion in January. The gain was driven by higher new orders of petroleum and coal products, with lower new orders of motor vehicles acting as a partial offset. 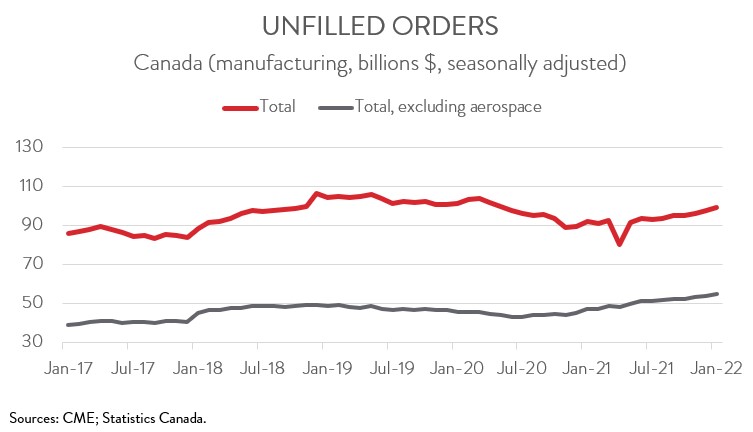 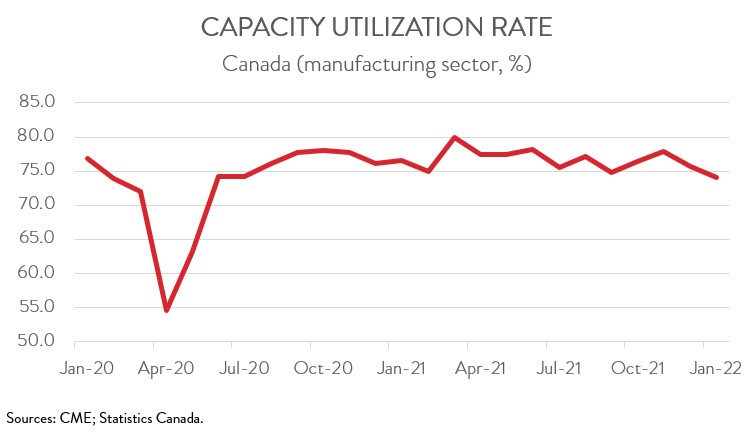