Manufacturing sales fell 2.0% to $70.4 billion in August, the fourth consecutive monthly decline. Still, on a year-over-year basis, sales were up 15.9%. In real terms, the picture was similar, with sales in constant dollars down 1.7%. 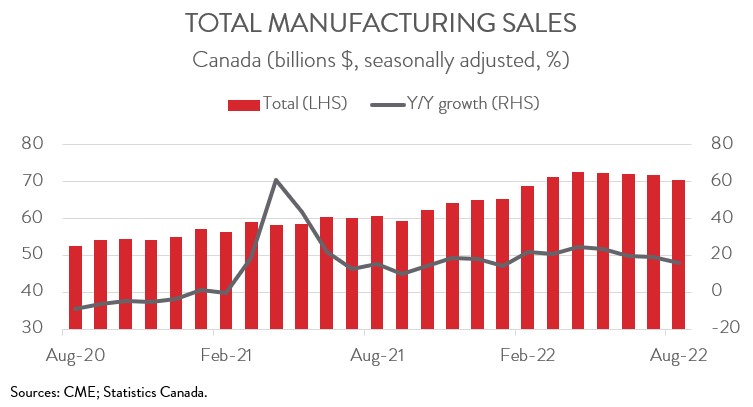 Today’s report is further evidence that manufacturing activity in Canada is being dragged down by slowing economic growth both at home and globally, a shift in consumer spending from goods to services, as well as the ongoing challenges of high production costs, disrupted supply chains, and workforce shortages.

The decline in nominal sales was broad based, spanning 10 of 11 major industries. Petroleum and coal product sales fell 3.9% to $9.9 billion in August, the third consecutive monthly decline. As noted by Statistics Canada, the decrease coincided with reduced demand for energy products and increased supply as the U.S. released more crude oil from its Strategic Petroleum Reserve. Nevertheless, petroleum and coal product sales were 51.2% higher compared with August 2021.

Sales in the chemical industry declined 4.5% to $5.6 billion in August, on lower sales in the basic chemical and pharmaceutical and medicine manufacturing industries. In volume terms, sales were down 3.5%.

In more bad news, primary metal sales shrank 3.2% to $5.4 billion in August, the fourth consecutive monthly decline and the lowest level since September 2021. The decline was mainly attributable to lower sales in the non-ferrous metal (except aluminum) production and processing industry.

Among major industries, only the food manufacturing sector saw sales increase in August, up 0.6% to a record high of $12.0 billion. The increase was entirely due to higher prices, as volumes edged down 0.2%. 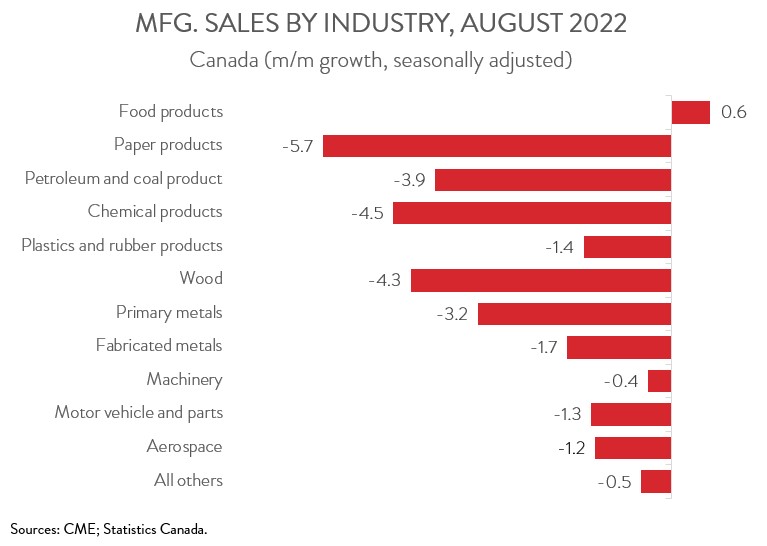 Regionally, sales were down in seven of ten provinces in August. For the second straight month, Quebec posted the steepest drop, with sales decreasing 5.5% to $16.7 billion in August. The primary metal, fabricated metal product, and wood product industries were the main contributors to the decline.

In Alberta, factory sales fell 3.1% to $8.8 billion in August, mainly on lower sales in the petroleum and coal products and chemical industries. The decrease was partly offset by higher sales in the food industry. Despite this being the third consecutive monthly decline, total sales were up 23.3% in August compared with the same month a year earlier.

As well, sales in New Brunswick decreased 5.7% to $2.3 billion in August, mainly on lower sales of non-durable goods. Still, total sales have increased by one-third over the past 12 months.

On the positive side, Manitoba achieved the largest absolute gain, with sales up 1.8% to $2.1 billion in August. The increase was mainly attributable to higher sales in the chemical and machinery industries. 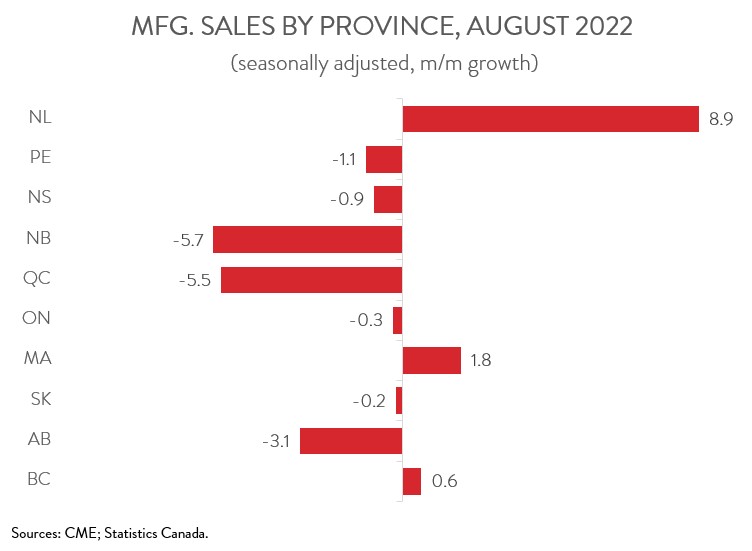 Total inventories rose to yet another record high, climbing 1.3% to $119.9 billion in August, the 20th consecutive monthly increase. As a result, the inventory-to-sales ratio increased from 1.65 in July to 1.70 in August, up for the fifth month in a row and the highest point since June 2020. This ratio represents the number of months it would take to completely clear inventories assuming sales remain at their current level. 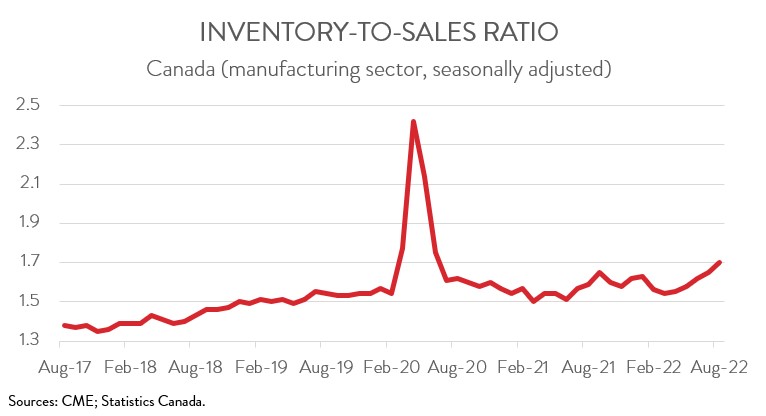 At the same time, the total value of new orders increased 0.6% to $72.0 billion. As with unfilled orders, the increase in new orders was driven by the transportation equipment industry. Lower new orders in the petroleum and coal product sector acted as a partial offset. 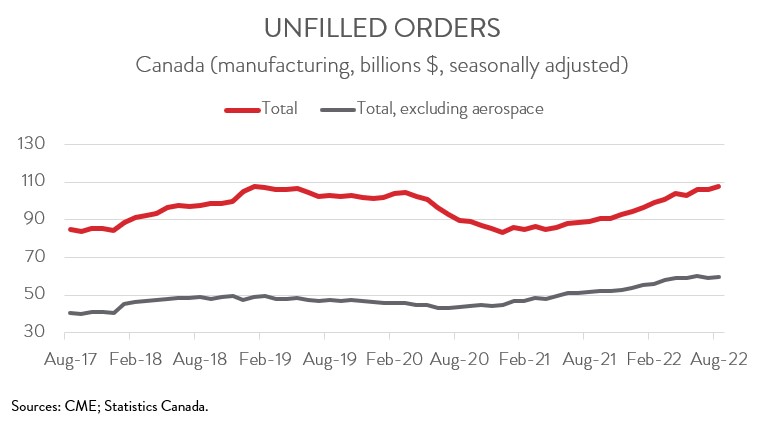 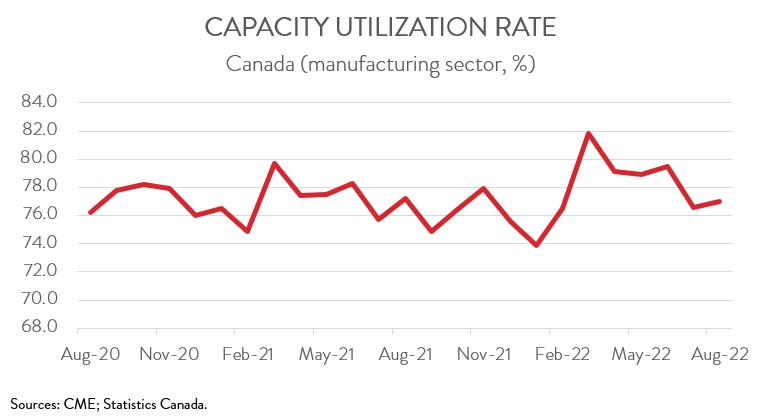