Canadian merchandise exports rose 17.1 per cent to $39.7 billion in June, extending the 5.6 per cent gain in May. Despite these back-to-back increases, exports were still down 17.9 per cent compared to their pre-pandemic levels in February 2020. Imports increased for the first time since the recession, rising at an even faster pace of 21.8 per cent to $42.9 billion in June. In volume terms, exports and imports were up 10.6 per cent and 28.3 per cent, respectively. 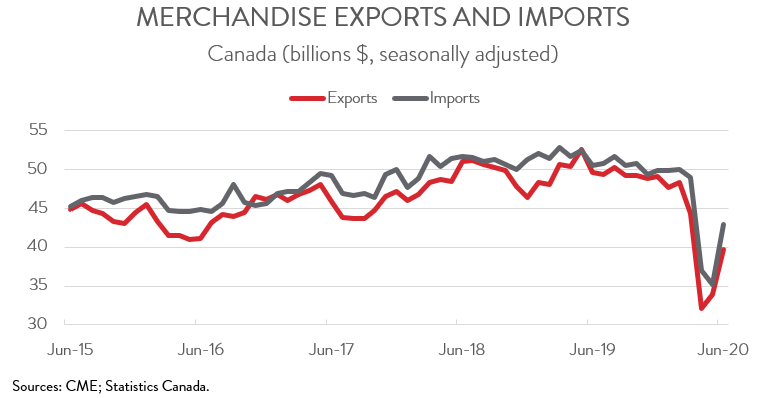 The solid rebound in exports over May and June was widely expected and in line with the gradual reopening of businesses. Unfortunately, this will likely be followed by a more uneven and drawn out recovery phase, given the continued threat that COVID-19 poses to the economy. 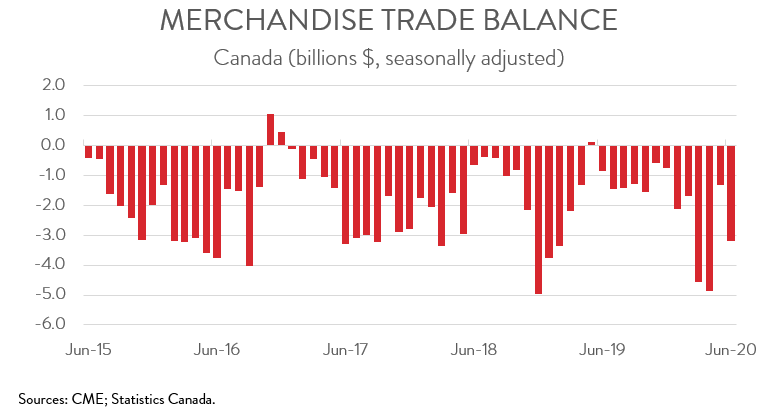 On the negative side, exports were down in farm, fishing and intermediate food products (-$124.4 million) and in industrial machinery, equipment and parts (-$35.7 million). Exports of aircraft and other transportation equipment and parts also fell in June, but by a marginal $1.8 million. 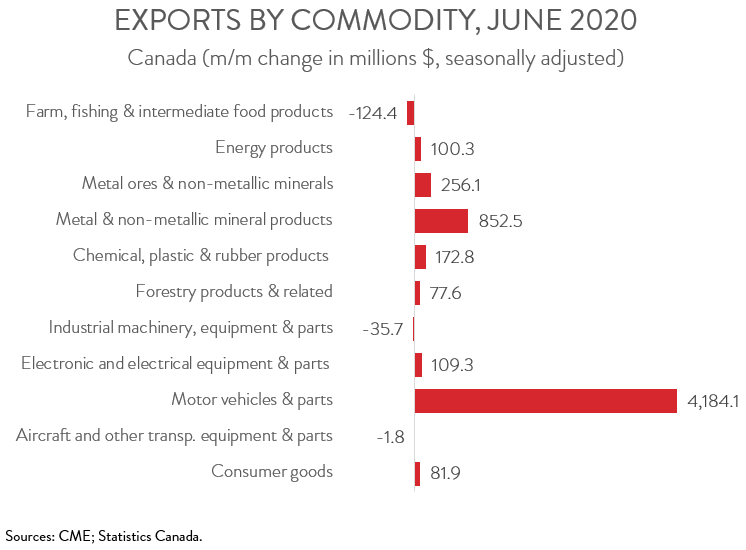 Canadian exports to the US jumped $4.9 billion in June, following a $2 billion increase in May. Despite this substantial rebound, exports to south of the border were still down 23.9 per cent compared to their pre-pandemic levels.

Exports to countries other than the US increased by $884.7 million to $12.2 billion in June, bringing this group’s level very close to what it was in February 2020. Among Canada’s major trading partners, the biggest increase in exports was to the UK, at $825.5 million, mostly on the strength of refined gold. Exports to Mexico also rose last month, up $163.0 million. On the other hand, these gains were partly offset by lower exports to Canada’s remaining major trading partners, most notably a $207.6 million drop in exports to Japan. 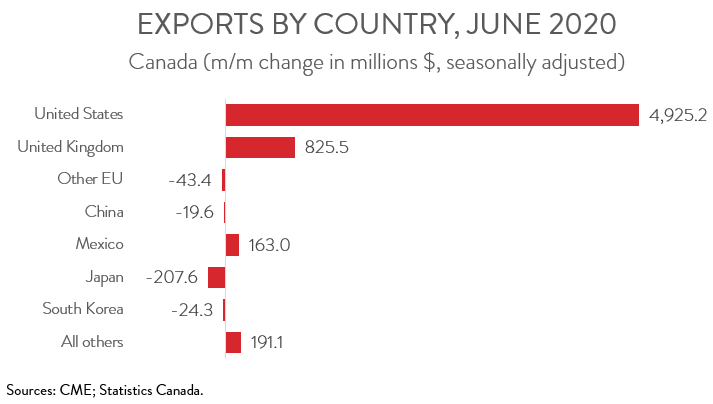