Canadian merchandise exports rose 2.0% to $69.9 billion in June, the sixth consecutive monthly increase. At the same time, imports climbed 1.7% to $64.9 billion, up for the fifth month in a row. The increase in imports was largely attributable to higher imports of energy products. 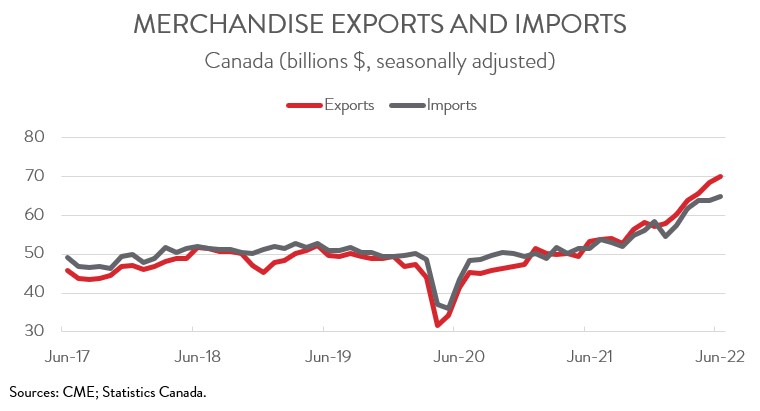 Canada’s impressive export growth performance and large trade surpluses have been largely driven by higher commodity prices. This has resulted in a disparity in growth between export values and volumes. Since the beginning of 2022, nominal exports have risen by more than 20%, while real exports are up just 0.2%. Canada’s real export activity is likely to remain tepid over the near term with the global economy facing an increasingly gloomy and uncertain outlook. 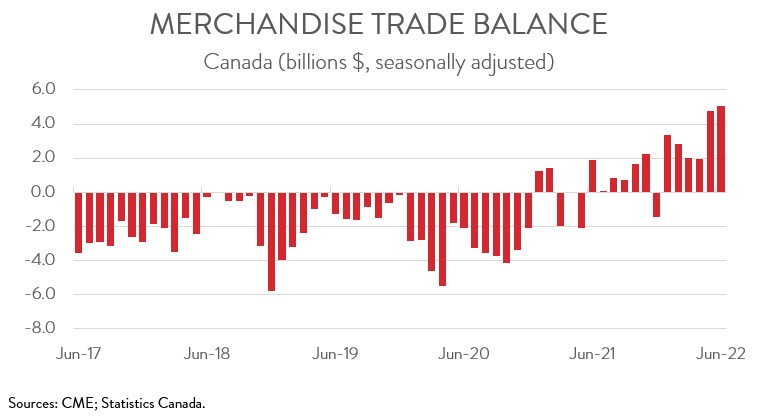 The increase in exports was widespread, spanning 8 of 11 product categories. Exports of energy products contributed the most to the growth, rising 3.2% to $21.0 billion in June, the sixth straight monthly advance. As a result, energy products accounted for 30.0% of total exports for the month, a record high for this product category.

Exports of consumer goods climbed 6.3% to $8.0 billion in June, mainly attributable to a strong increase in exports of pharmaceutical products. According to Statistics Canada, large quantities of COVID-19 medications were exported to the U.S., Australia, and the Netherlands in June. 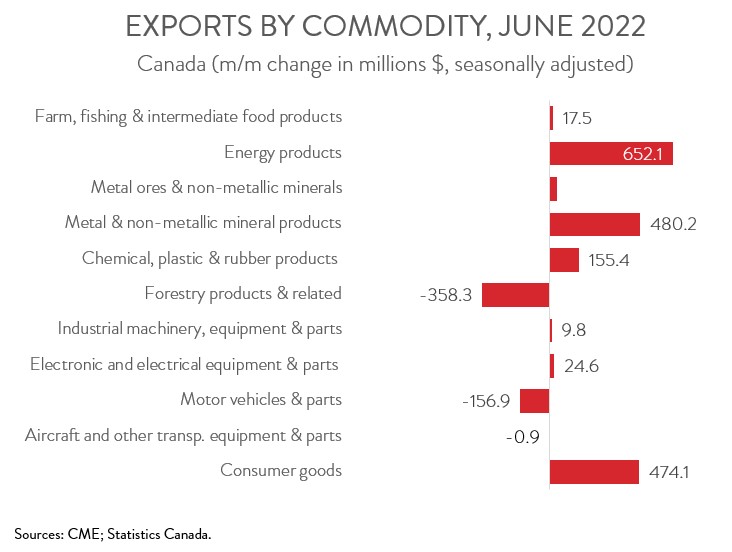 On the downside, exports of forestry products and building and packaging materials fell 6.6% to $5.1 billion in June, down for the first time in six months. The decline was largely due to lower lumber exports, mainly on lower prices. Statistics Canada attributed the decline in prices to reduced demand for lumber from the U.S. residential construction industry.

At the same time, exports of motor vehicles and parts fell 2.3% to $6.5 billion, the second straight monthly decline, as supply chain issues continued to weigh on auto production.

CANADIAN EXPORTS TO THE U.S. INCREASE FOR SIXTH STRAIGHT MONTH

Exports to the U.S. climbed 1.2% to $53.5 billion in June, up for the sixth month in a row. At the same time, exports to the rest of the world rose 4.5% to a record high of $16.4 billion. Among Canada’s major non-U.S. trading partners, exports to China, the U.K., Mexico, the EU, and Japan were up, while exports to South Korea were down. The increase in exports to China was powered by higher exports of coal, copper, and potash. 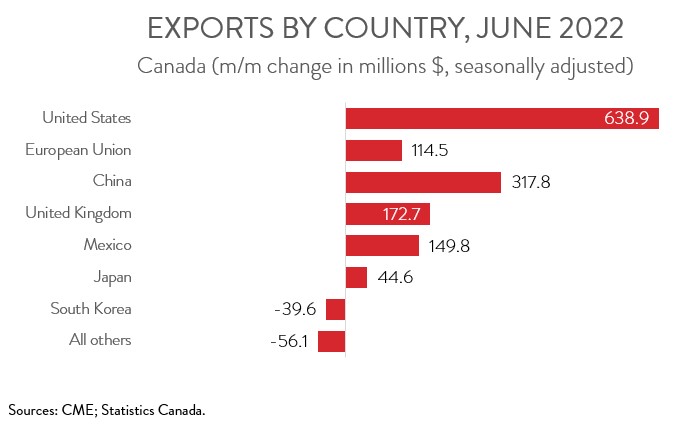