Canadian Merchandise Exports Begin Their Long Road to Recovery in May

EXPORTS JUMP IN MAY, BUT THE LEVEL OF ACTIVITY REMAINS DEPRESSED

Canadian merchandise exports rose 6.7 per cent to $34.6 billion in May, while imports slid a further 3.9 per cent to $35.3 billion. The increase in exports was largely attributable to the resumption of production in the auto industry and higher crude oil prices. Statistics Canada blamed the fall in imports on supply challenges as economies around the world gradually reopened. After removing the effect of prices, export volumes were up 3.8 per cent and import volumes were down 6.6 per cent. 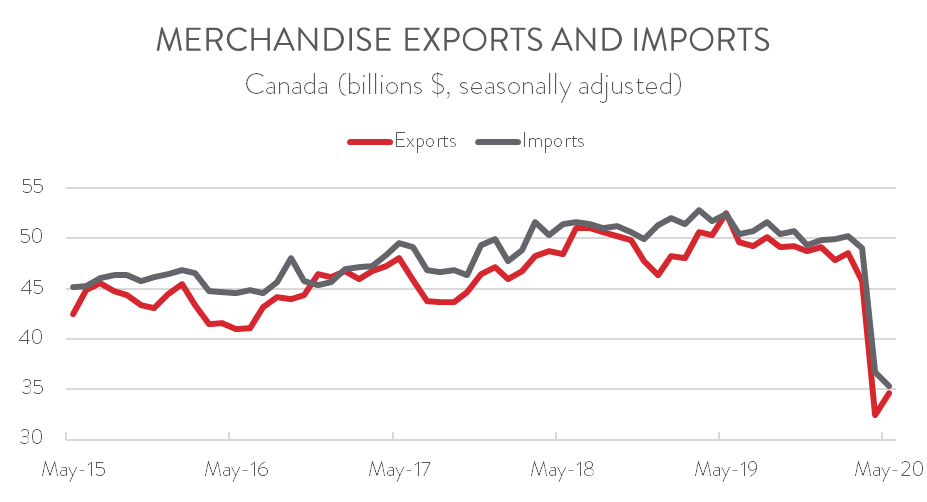 As expected, exports showed signs of life in May, and further gains are in the cards in the coming months. However, the declines in March and April were so steep that it will take many months for Canadian exports to return to their pre-crisis levels. The trade outlook also remains extraordinarily uncertain, as a successful recovery largely depends on Canada and its major trading partners keeping COVID-19 in check. 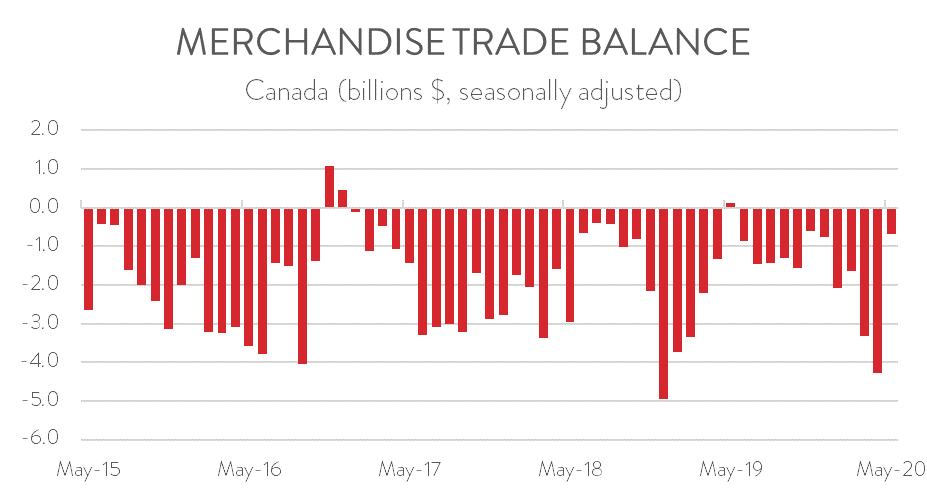 Exports of energy products rose $534.0 million, thanks largely to higher crude oil prices but also to higher volumes. However, as noted by Statistics Canada, the monthly value for crude oil exports in May was still about one-third of what it was in January.

Consumer goods exports increased $493.8 million, led by a large increase in meat products. Some meat processing plants reopened in May after temporarily closing in April due to COVID-19 outbreaks. At the same time, exports of farm, fishing and intermediate food products increased by $320.0 million to reach a record $3.9 billion. As noted by Statistics Canada, the large gain in May coincided with an increase of availability in the rail system due to lower shipping demand for other products. 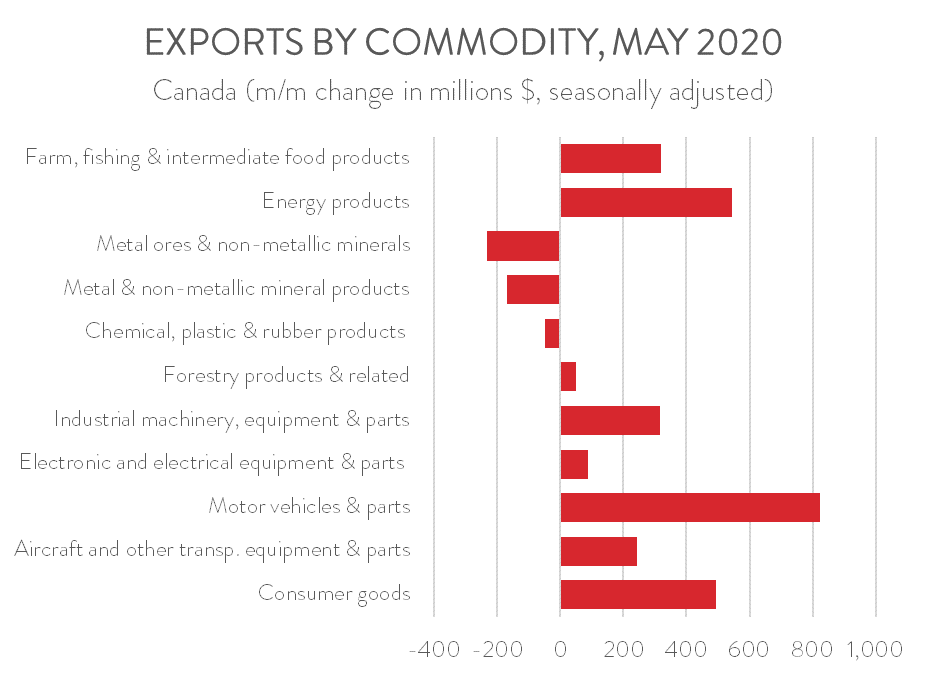 Exports to the US rose $1.9 billion in May, though this still pales in comparison to the unprecedented $11.8 billion drop in April. Accordingly, despite this 8.9 per cent increase, exports to the US were still down 40.0 per cent on a year-over-year basis. 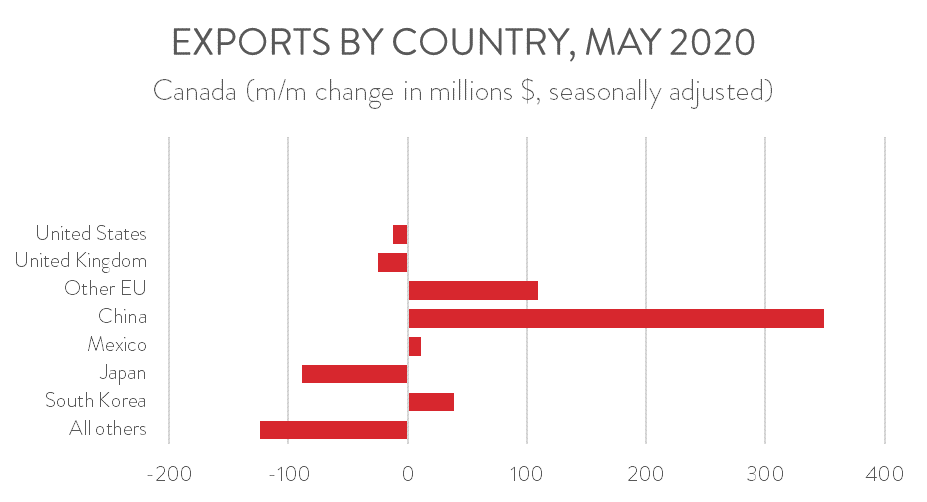