EXPORTS AND IMPORTS FALL IN MARCH

Measures to contain COVID-19 disrupted trade activity in March, with merchandise exports falling 4.7 per cent to $46.3 billion and imports declining 3.5 per cent to $47.7 billion. On a year-over-year basis, exports and imports were both down nearly 10 per cent. The picture was even bleaker after removing the effect of prices, with export and import volumes decreasing 4.8 per cent and 5.8 per cent, respectively. 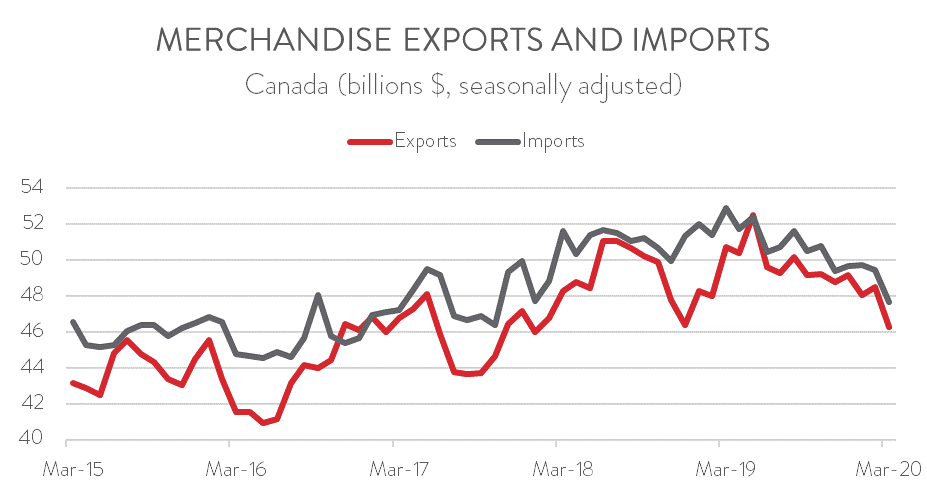 As bad as the March trade report was, we are not yet looking at the full COVID-19 impact. Physical distancing measures were in place for the entire month of April, so an even steeper fall in trade activity is guaranteed for next month’s report. 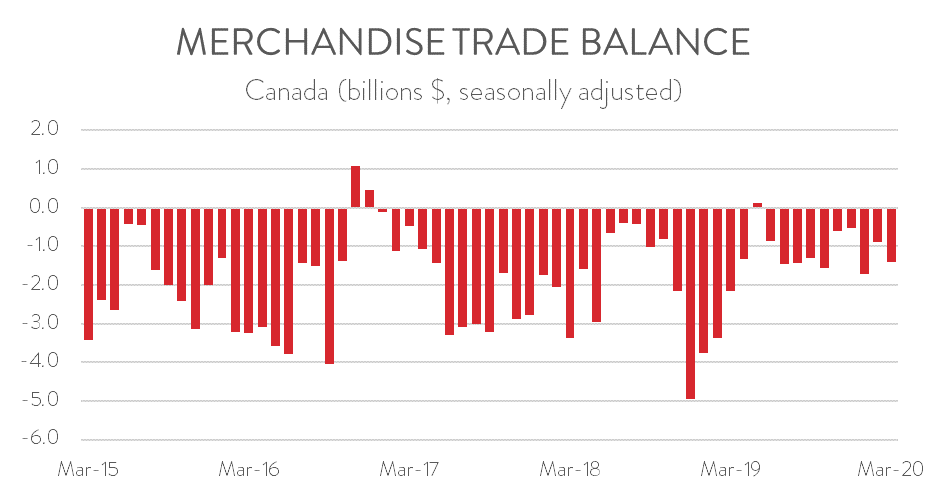 Exports fell in 7 of 11 categories in March. Motor vehicles and parts exports plummeted by more than $1 billion, as automakers shut down production in the middle of the month out of concern for the safety of their workers. With these production stoppages continuing through April and into May, export levels of motor vehicles and parts will remain depressed until idled facilities reopen.

Similarly, exports of aircraft and other transportation equipment and parts fell by almost $660 million, more than offsetting a $395 million increase in February. Like the automotive sector, the aerospace manufacturing industry was also affected by work stoppages in March that continued into April. The aerospace sector also faces a very uncertain future, with air travel effectively grinding to a halt since the start of the outbreak. 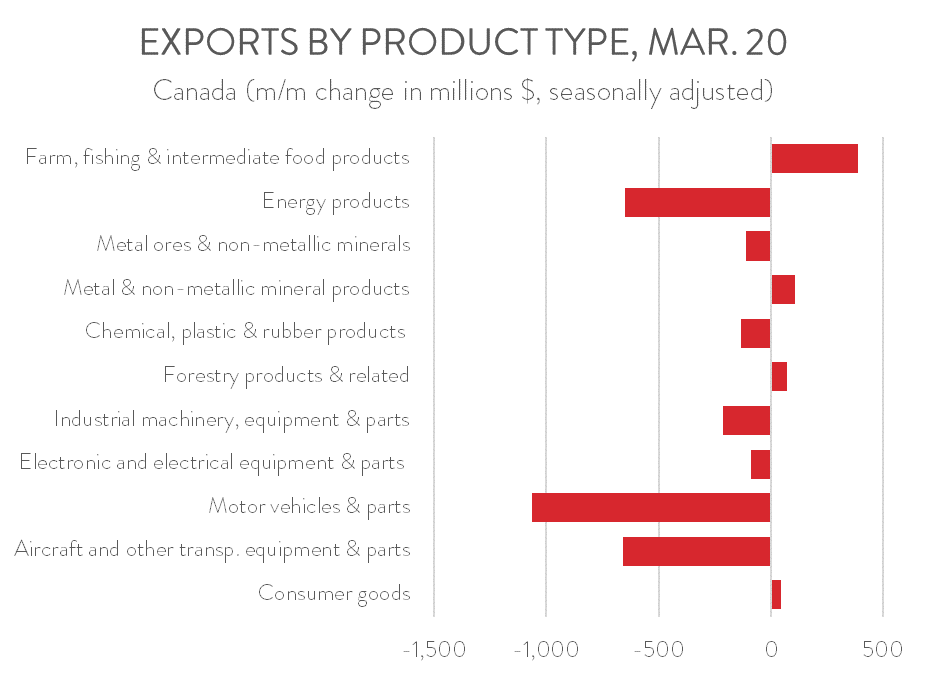 On the positive side, exports of farm, fishing, and intermediate food products jumped by $388 million in March, rebounding from a rail blockade-related decline in February. Export gains were also recorded in metal and non-metallic mineral products, forestry products, and consumer goods.

EXPORTS TO THE US PLUNGE

Exports to the United States nosedived by nearly $1.8 billion in March, largely attributable to the auto industry shutdown and lower demand for crude oil. It should be noted, however, that this decline would have been even steeper were it not for a substantial depreciation of the Canadian dollar.

Exports to the United Kingdom fell by $386.5 million in March, mainly on lower exports of gold. Exports to South Korea, Mexico, China, and Japan were also down on the month. Among Canada’s major trading partners, only exports to the European Union (excluding the UK) rose in March, up $88 million. 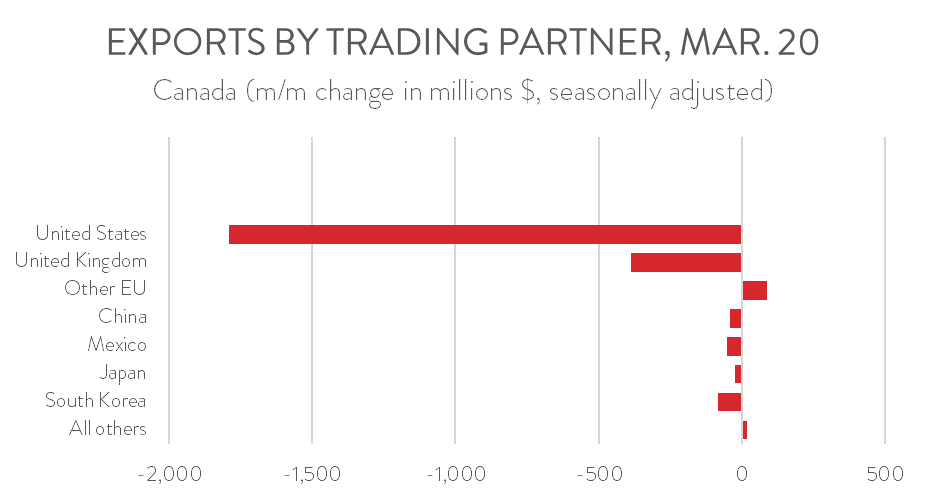